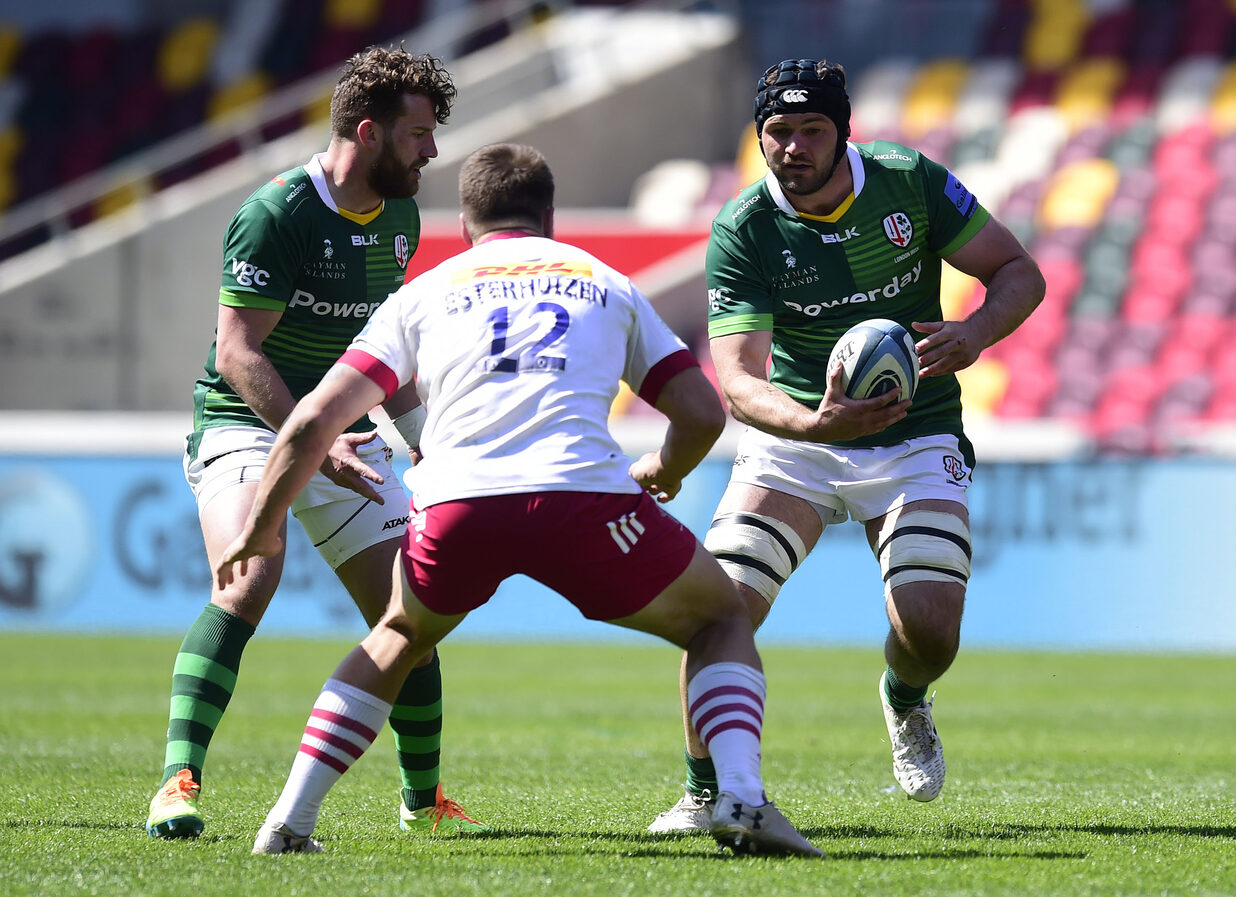 Matt Rogerson can’t wait for the ‘matchday buzz’ to return, as London Irish prepare to welcome fans back for their Gallagher Premiership fixture against Exeter Chiefs on Tuesday night.

Up to 4,000 supporters will be in attendance for the Round 19 clash in West London - and Rogerson is relishing the return of the Exile Nation to the Brentford Community Stadium.

“We’re really excited about the fans returning” he said.

“We’ve been craving this ever since we had that first taste of them in the stadium for the game against Sale back in December.

“We know how special this stadium is, we’ve relished playing here over the duration of the season, but it’s only going to get bigger and better with the supporters returning in their numbers between now and the end of the season and into the new campaign.”

He added: “A Tuesday night game under the lights, against one of the best sides in the country, is something to savour.

“The one thing we’ve all missed the most is the atmosphere on a matchday - that buzz can’t be underestimated. We’ve spoken about it this week and it’s something we’ve constantly touched on throughout the season.

“You really feel that on those big occasions against the big teams, so we’re all super excited about it - and we can’t wait to get back there on Tuesday night.”

Tickets for Tuesday night’s fixture are still available - click HERE to book your seat at Irish’s penultimate home match of the season.