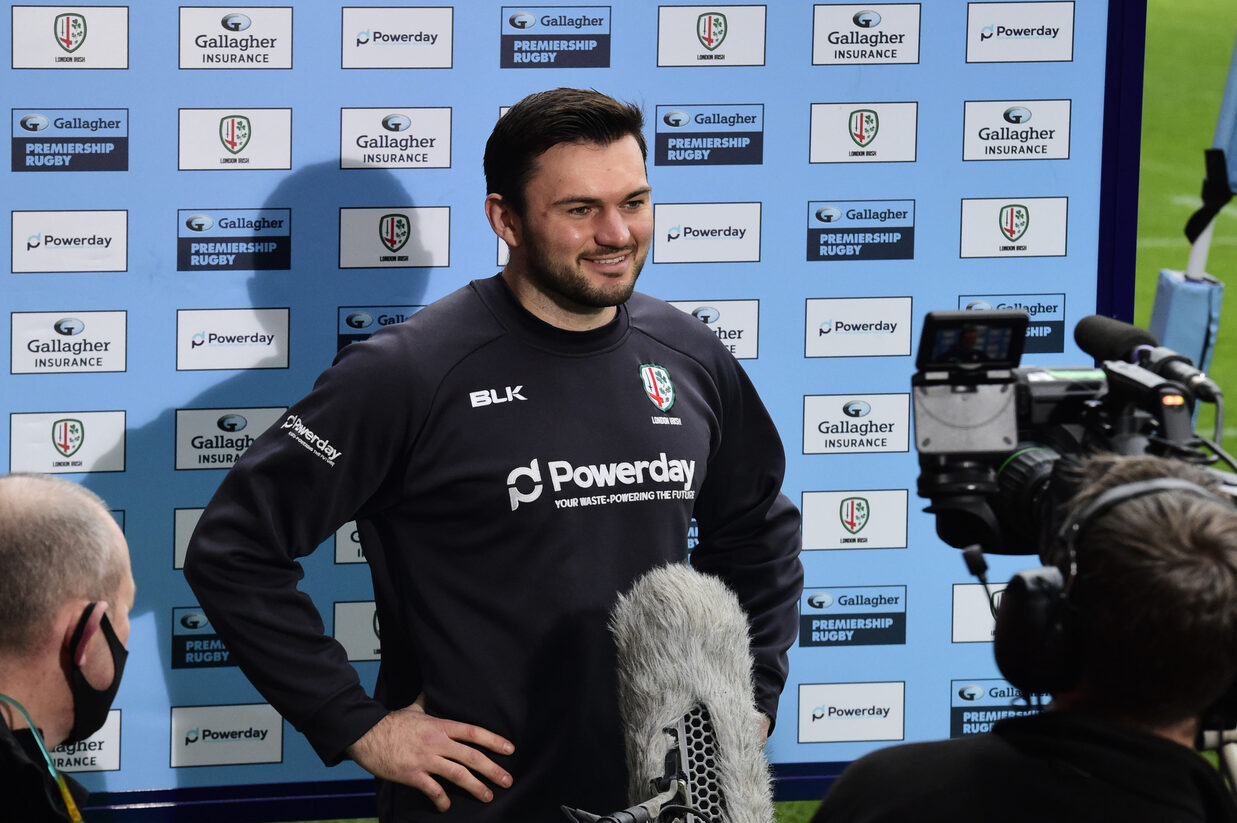 After captaining London Irish to their first win in the Brentford Community Stadium on Sunday, skipper Matt Rogerson is in buoyant mood ahead of this weekend’s clash against Sale Sharks – on a day when the Exile Nation fans will finally take their first steps inside our new home.

Irish ran out worthy 22-9 victors over Leicester Tigers on Sunday, setting things up nicely for the return of fans this weekend – a moment Rogerson and his team-mates have been waiting for!

“There's a real buzz about the place after Sunday,” he said.

“The club have done a great job this week in getting the tickets on sale and the demand has been incredible.

“Our fans have stuck by us incredibly during the last few months – so it'll be great to see them at the match on Sunday.”

Whilst it might not be the full capacity crowd everyone was dreaming of when the club announced it was moving back in town to London, Rogerson insists having 2,000 fans in the stadium on Sunday will make the ‘world of difference’ for the players.

“Even if it's just 2,000 Irish supporters, we know they'll be making plenty of noise, like they always do,” he said.

“That atmosphere, even with a small, limited number of fans, is what we've been craving. Their voices will make the world of difference for us on Sunday.”

Rogerson was a proud captain on Sunday, leading from the front as Irish produced a strong performance to see off the Tigers – and it was a day he reflected on with a broad smile.

“It was pleasing to pick up a win in our first game at home,” he said.

“It was a massive statement in terms of how we want to proceed between now and the end of the season.

“The only thing missing was the fans – that would have made it all the bit sweeter – but they're back this weekend and we want to give them something to smile about.”

So what can the Exile Nation faithful expect when they rock up to the new stadium on Sunday?

“It's an amazing stadium, an excellent facility,” said Rogerson.

“After all the incredible planning and amazing work behind-the scenes, it was great to finally get out there and play a competitive match last weekend.

“You can't beat that feeling – the boys loved every minute of it on Sunday, in our new home.

“But we need to kick on from last Sunday now – that win is in the past and we're now solely focused on the fixture against Sale this weekend.”

Click here to get your hands on some tickets for this Sunday! Please be aware that there is limited availability and sales are done on a first come, first serve basis.