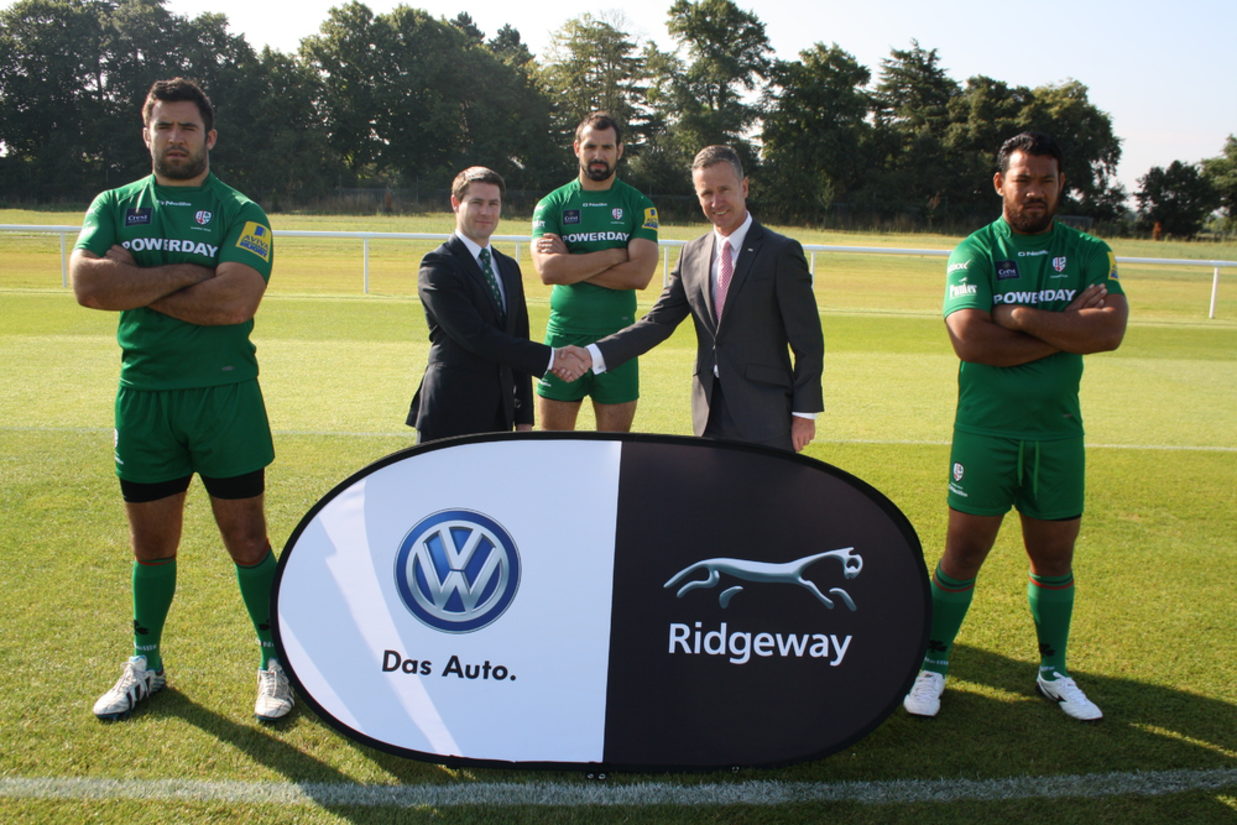 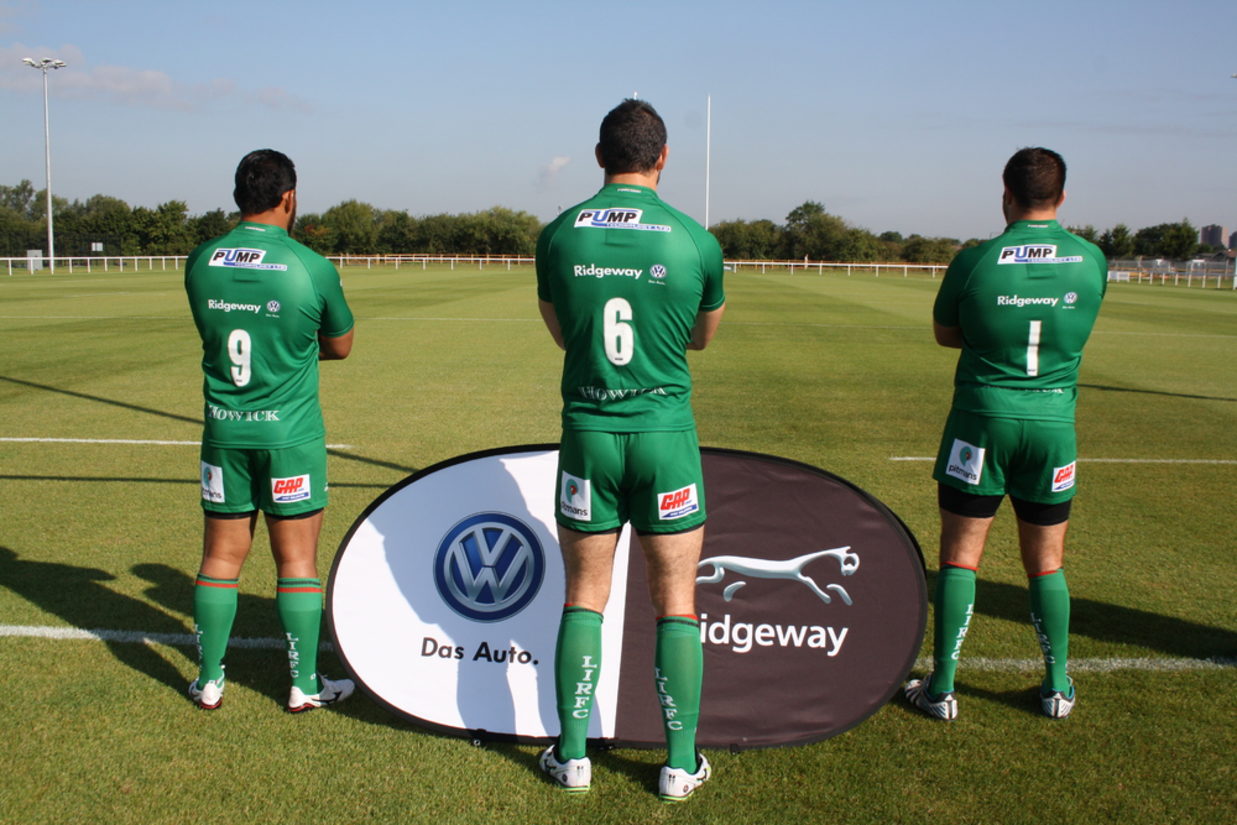 Aviva Premiership rugby club London Irish is delighted to announce today that they have extended their partnership with Ridgeway Volkswagen, part of one of the UK's largest motor retail groups.

Ridgeway Volkswagen has been involved with London Irish since 2011 and are delighted to announce a major shirt sponsorship deal and return once again as “Official Vehicle Partner”.

As part of the sponsorship Ridgeway, which operates Volkswagen dealerships in Reading, Newbury, Wantage, Oxford Kidlington and Oxford Iffley Road, has provided the club with a fleet of Volkswagen Golf’s and Caddy vans, to be used for the club’s community projects.

The continued partnership will also give London Irish supporters access to exclusive Volkswagen car and van offers throughout the season via “The Blarney” eshots and on a members-only area of the Ridgeway website.

John O'Hanlon, Ridgeway’s Chief Executive said: “We are absolutely delighted to have the Ridgeway name alongside that of London Irish once again. We believe there is a great fit with our Volkswagen dealerships and the Club and look forward to continuing our successful partnership.”

Jim O’Toole, Commercial Director London Irish said: “Ridgeway Volkswagen have been great partners for us over the last few years and we are pleased to extend the relationship for another two seasons, we look forward to taking the marketing partnership to a new level.”

Andrew Lean, Ridgeway Volkswagen’s Brand Director added: “We are a performance-orientated and innovative brand so there is no better fit than with a sport that continually captures the imagination and a loyal following. We can’t wait for our involvement at the Madejski and with London Irish’s loyal supporters.”

The business is headed up by Chairman, David Newman, Chief Executive John O’Hanlon and Jon Head, Group Operations Director and employs over 1,200 staff across Oxfordshire, Berkshire, Hampshire, West Sussex, Wiltshire and Dorset and is dedicated to offering customers the highest levels of quality, both in product and services.

Ridgeway's story has been one of continual growth and expansion and is now ranked as a Top 20 Largest Motor Retail Group in the UK, listed as 36th on the latest Sunday Times Top Track 250 league table (2013) of Britain's leading mid-market private companies and winner of the Motor Trader "Dealer Group of the Year Award" 2012.