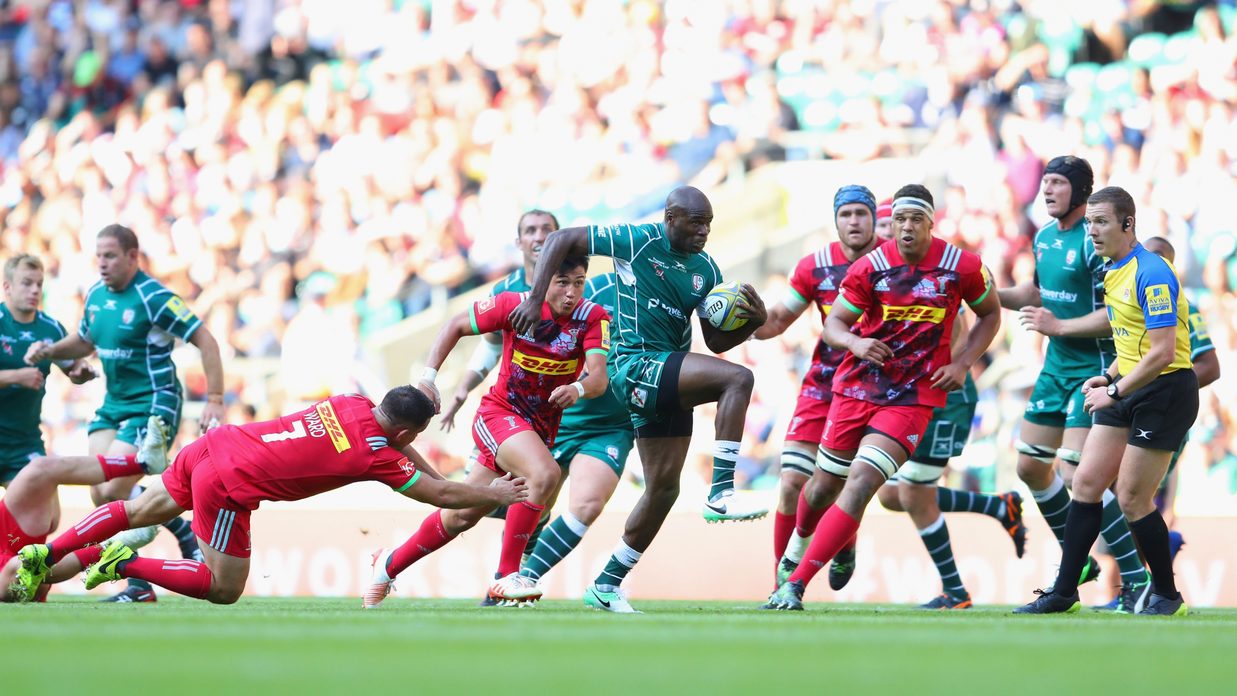 London Irish’s record try-scorer Topsy Ojo has signed a contract extension with the club, the experienced campaigner determined to see his side make an immediate return to the Gallagher Premiership.

Ojo signs on the dotted line following the capture of Samoan international hooker Motu Matu’u from Champions Cup qualifiers Gloucester Rugby as director of rugby Declan Kidney assembles his squad ahead of the 2018/19 season.

Embarking on his 15th season with Irish, the twice capped England winger has racked up 86 tries in 283 outings for the club.

Ojo is also on course to once again break the club’s all-time appearance record, an accolade he initially held in October 2017, until the recently retired David Paice surpassed it back in February.

“I’m happy to have re-signed with the club and I’m looking forward to getting an excellent pre-season under my belt,” said Ojo, 32.

“Having to watch a large portion of last season from the side line due to injury and not being able to help my teammates, was incredibly frustrating particularly as I’d started the season so well.

“I got myself back to fitness towards the end of the season and I’m feeling in good shape and 100% ready to tackle the Championship, which will no doubt be extremely competitive this season.

“London Irish is a very special club and I still love being out on the pitch, so to be pulling on the green jersey again next season is fantastic.

“I’m looking forward to working with both Declan and Les, who in their short time at the club have already made a huge impression.”

Declan Kidney, the Exiles’ director of rugby said: “Topsy is a top-class professional, who has looked after himself throughout his career and his experience will be crucial for us next season.”