REACTION: van der Merwe not giving up the fight 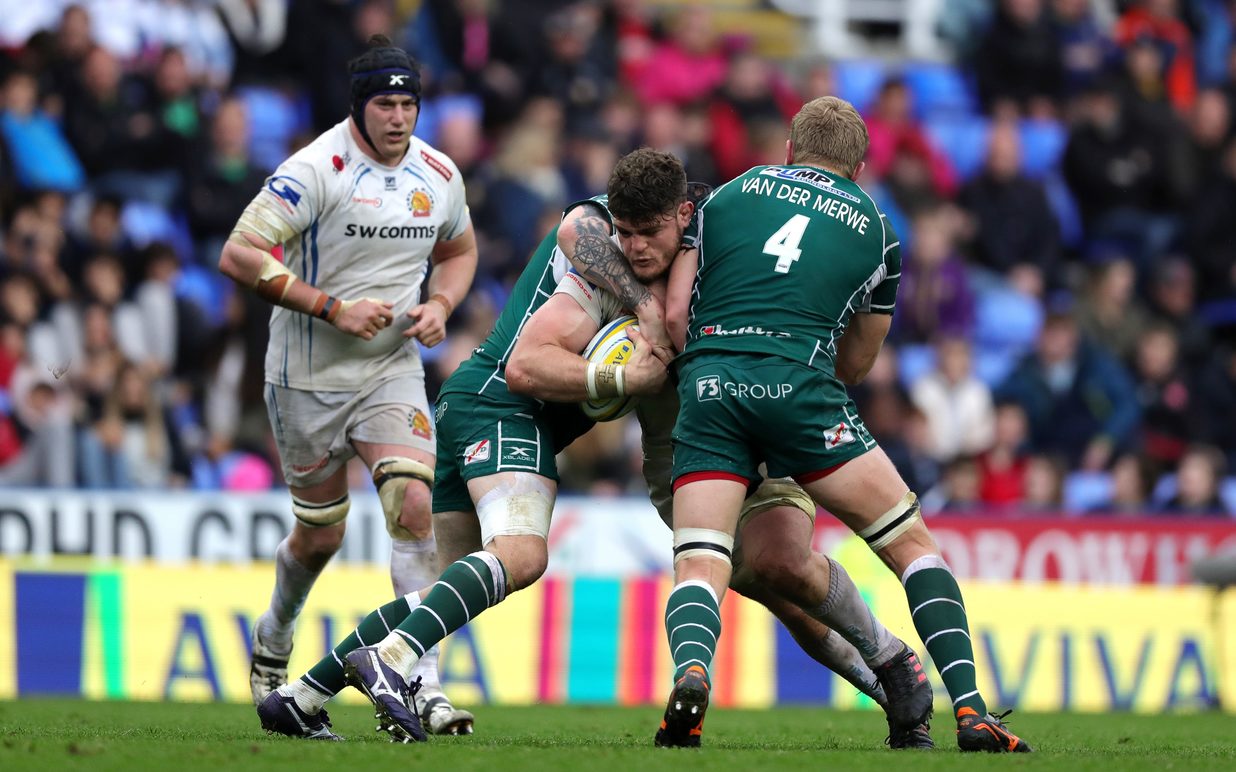 Rob Baxter’s men were in devastating form, running in six tries including a hat-trick from Sam Simmonds to secure a 45-5 victory and book themselves a home semi-final.

There was no lack of endeavour from the Exiles throughout the contest, the Chiefs simply underlining their class in every department.

“First of all, Exeter played really well, and they showed why they are at the top of the table and why they were champions last year,” said van der Merwe, 35.

“When we get together on Tuesday we’ll look at the video and see what we can take from the game. It’s been an emotional rollercoaster for us this past week, having won at Harlequins last weekend and then getting a result like this.”

Irish now turn their attentions to Saracens on Sunday 29 April, Declan Kidney’s men needing a victory while relying on results elsewhere to take their season down to the last day.

“The Saracens game is another play-off for us, and we’ve been having play-offs every weekend for some time now,” added the former Springbok.

“We’ll look to play as well as we can and see where that takes us.”

Tickets are available from £23 for adults and £3 for juniors from www.lidirect.co.uk  or 0118 968 1016. If you’re a member of the Armed Forces, please email [email protected]  with your MOD90 number for more information on the ticket offer and code.