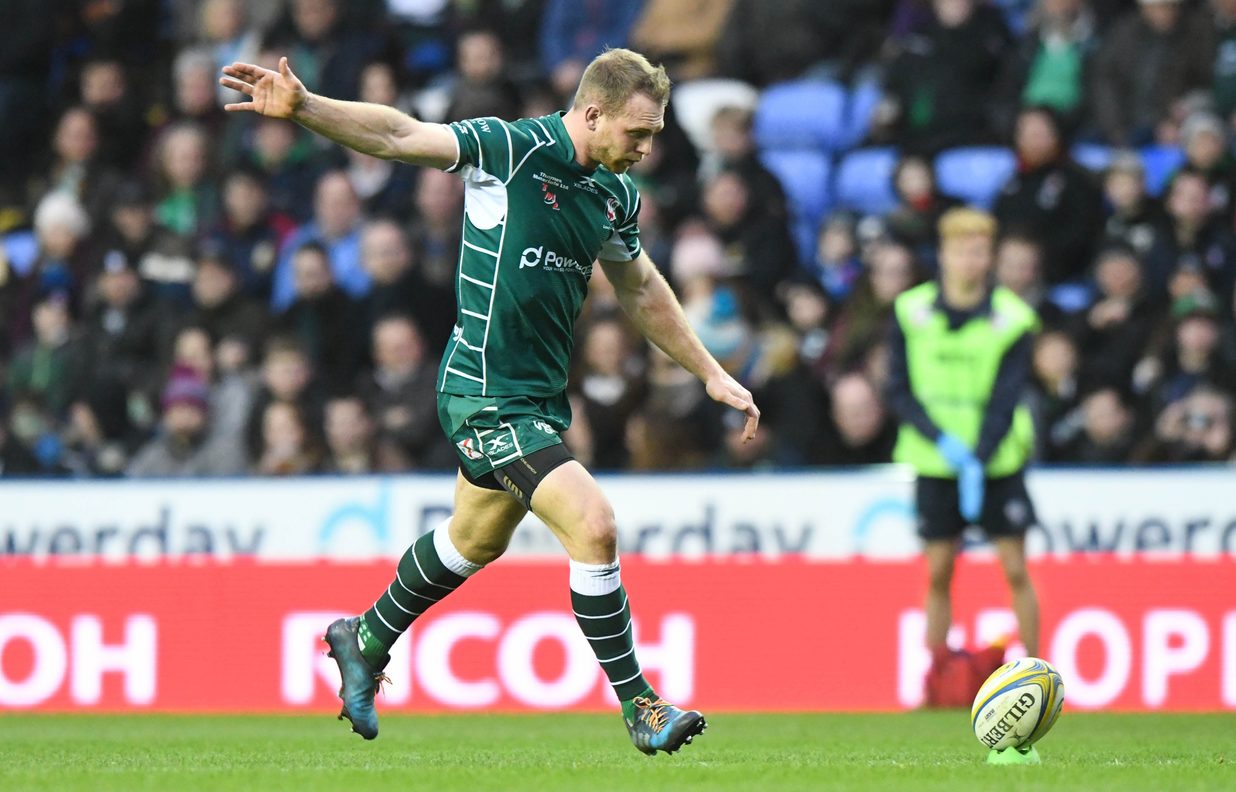 London Irish’s Greig Tonks says Sunday’s victory over Worcester Warriors has given his side a confidence boost going into this weekend’s trip to Wasps.

Under no illusions at the task in hand, Tonks insists he will be doing everything he can to help the Exiles secure their Aviva Premiership status.

“We’ve been so close to winning some games in recent weeks and we’ve been chipping away, so it’s nice to get reward for the hard work that we’ve been putting in,” said the Scotland capped back.

“Hopefully we can get some confidence from the win – we know that it’s going to be tough against Wasps, but we’ll fire into them and give it our best shot.”

Tonks kicked 17 of Irish’s 22 points on Sunday, the fly-half keen to pay tribute to the Exiles supporters.

“It’s great to get a win for the supporters as they’ve been amazing all year regardless of how we’ve been doing in the league and the win feels good.”

London Irish’s next home game is the St Patrick’s Party against Gloucester on Saturday 24 March (kick-off 3pm), with tickets available from £4 for under 13s and £26 for adults by calling the Ticket Office on 0118 968 1016 (Monday to Friday 9am to 5pm, Saturday 9am to noon) or online at  www.lidirect.co.uk