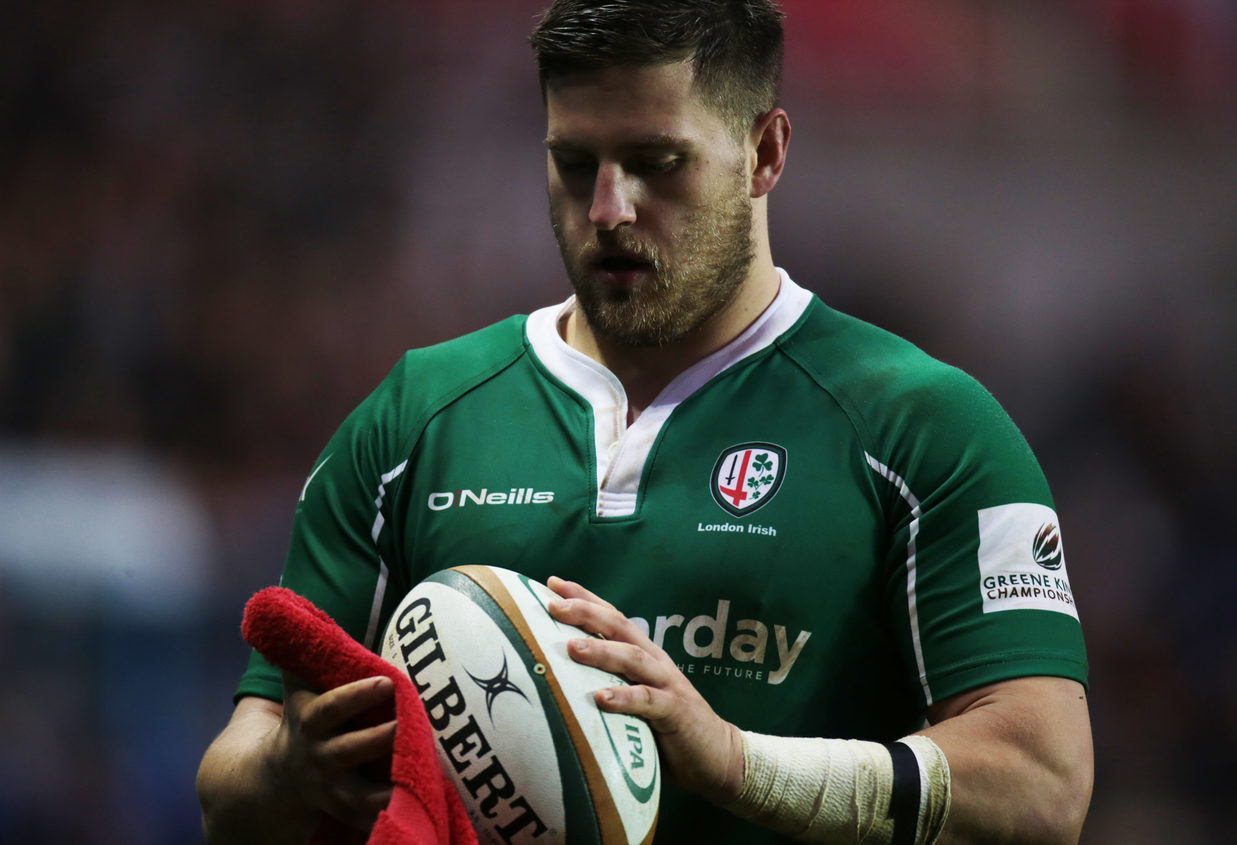 Dave Porecki could not hide his delight after touching down on his London Irish debut, his try securing the bonus-point during a 33-24 victory over Cornish Pirates in the British and Irish Cup.

The former Saracens hooker, 23, has being sidelined through injury since his switch to Irish in the summer. And the Aussie is keen to build on Sunday’s display as the winning sequence extends to 14 in all competitions.

“It was great to get 80 minutes under my belt and I certainly felt every minute given the fact that I’ve not played any rugby for the last nine months or so,” said Porecki.

“The young boys went well and it’s good to get the win today,” he added.

Assistant Coach Clark Laidlaw was more than satisfied with what he saw of Porecki, the Scot describing his performance as ‘outstanding.’

“I thought he had a very good game and to play 80 minutes after being out since April is great and we’re pleased to have him back,” he said.

“Youngsters such as Jacob Atkins, Rory Brand and Matt Williams all got a run which is great for their development,” he added.

You can watch the reaction by clicking here.