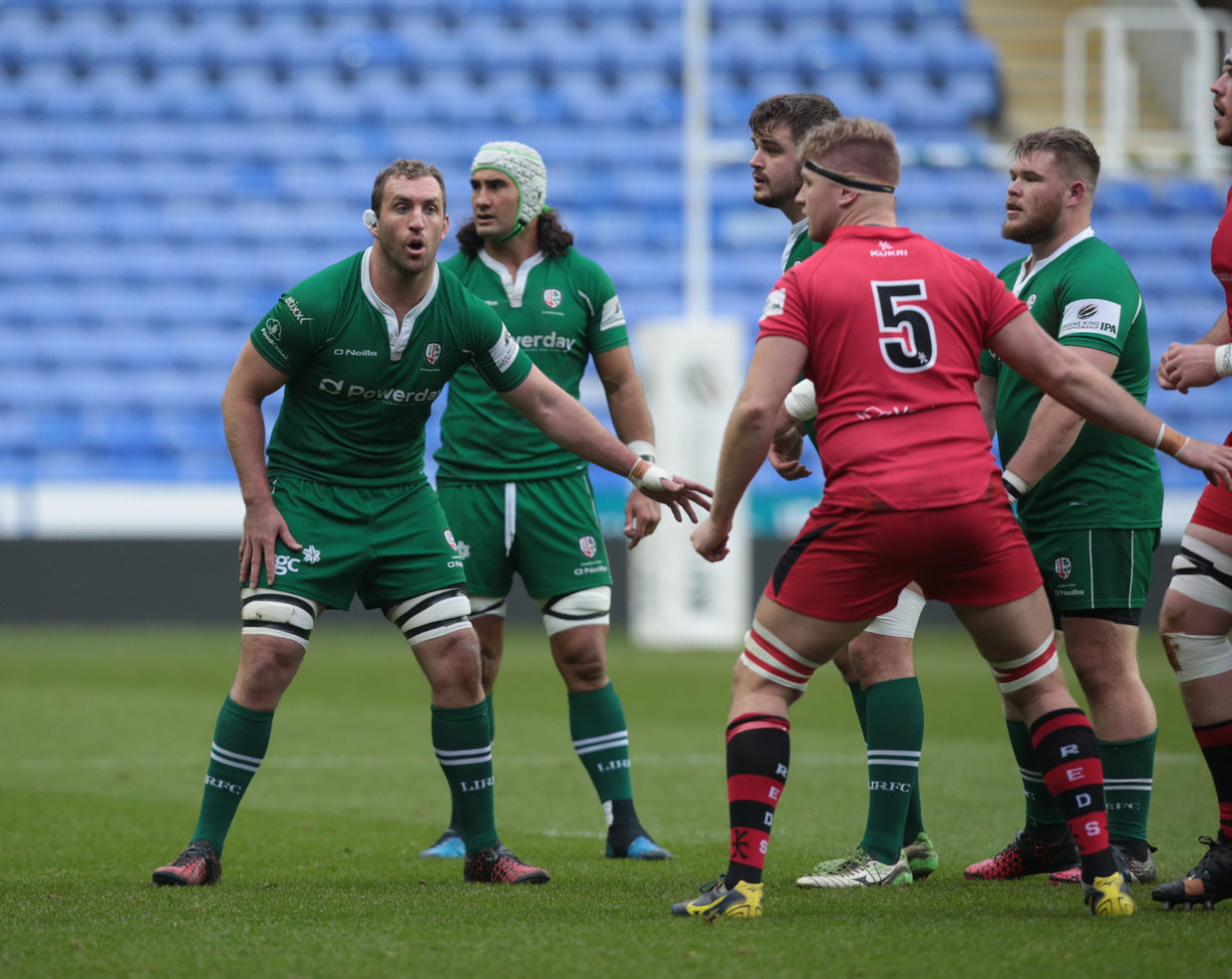 London Irish second-row Mike Coman admits his side were resolute in the face of adversity during Sunday’s 42-29 victory over Jersey Reds in the Greene King IPA Championship.

The Channel Islanders gave a solid account of themselves, twice taking the lead in the first-half before Irish pulled away with two tries in quick succession just after the break.

“Jersey threw something at us that we haven’t encountered this year,” said Coman.

“They were aggressive and they caught us off guard a little bit with the try early on, but we regrouped as a team and we weathered the storm – the two tries just after half-time settled us down.

“Fair play to Jersey, they never stopped going at us throughout the game,” added the New Zealander.

You can watch the full interview with Coman, including reaction from Skills Coach Paul Hodgson by clicking here.