REACTION: Lewington off the mark 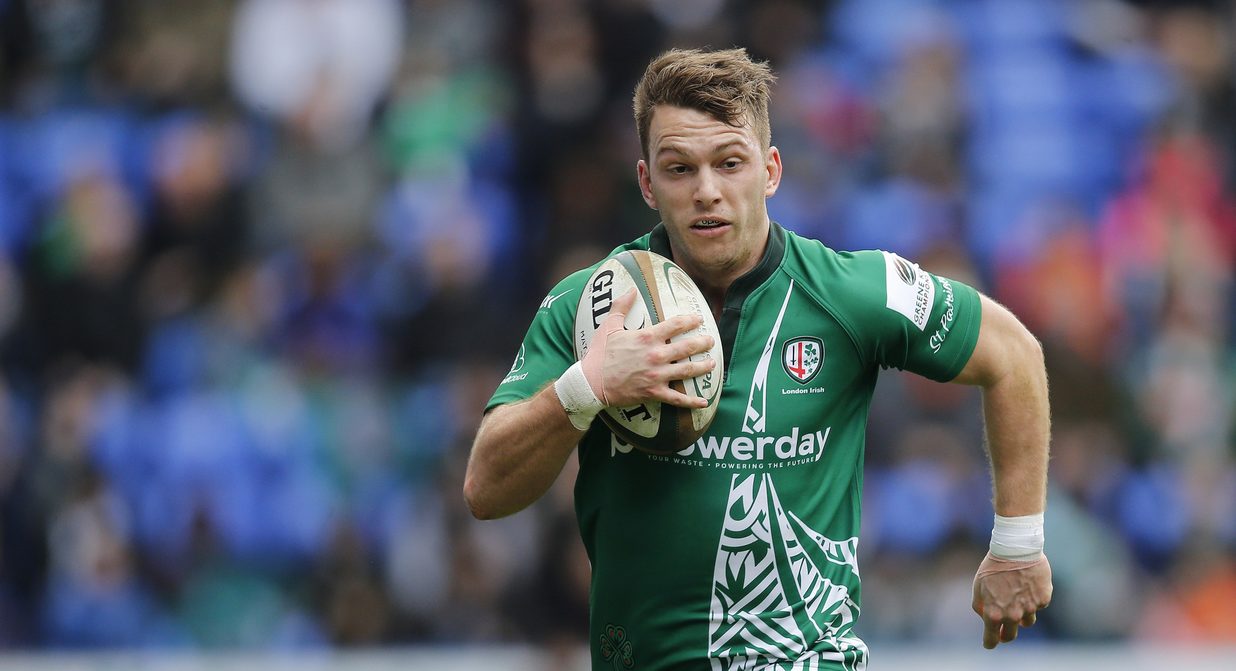 Alex Lewington declared himself a happy man after crossing for a try during London Irish’s St Patrick’s Party triumph over Cornish Pirates.

Lewington, 24, who recently made his return to action following a long-term injury lay-off, crossed for one of the Exiles’ six first half scores.

“I was really happy with the try and it was made by the brilliant work of my teammates,” said Lewington who was a member of the England Saxons’ squad which toured South Africa last summer.

“Saturday’s game was the best I’ve seen us attack in a long time and hopefully it’s just a flavour of what’s to come going into the play-offs.”

In typically jovial form in his post-match press conference, Lewington added: “My housemate Scott Steele has been bantering me about the fact that he has scored more than me this season, so it’s good to get off the mark and start catching up with him.”

Like Exiles boss Nick Kennedy, Lewington believes that the record crowd made a big difference on Saturday.

“The noise was unbelievable,” said the Nottingham-born flyer.

“The St Patrick’s Party fixture always delivers and it’s good to repay the supporters with a good performance. As players, we would love to see those numbers and hear that noise in the play-offs – it would really spur us on.”

Irish have now racked up 17 wins on the spin, a sequence that Lewington is keen to continue when his side travel to Jersey Reds this weekend.

“Jersey will be very tough opposition, especially at their place and we need to be mentally prepared for the challenge that awaits us,” said Lewington.

“I’m really looking forward to training this week, there is so much competition for game time with everyone putting their hands up for selection.

“From the non-playing 23 clapping us off the pitch, to the coaches’ enthusiasm, it’s really radiating throughout the club. The squad morale is extremely high and I think we are just getting started – the potential within the squad is exciting.”

London Irish’s next home game is against Jersey Reds in the semi-final of the British and Irish Cup on Sunday 2 April with tickets available on general sale from 2pm on Thursday, 23 March. London Irish’s last home game will be against Rotherham Titans at 3pm on 8 April and tickets are available from 0118 968 1016 or click here to purchase online.