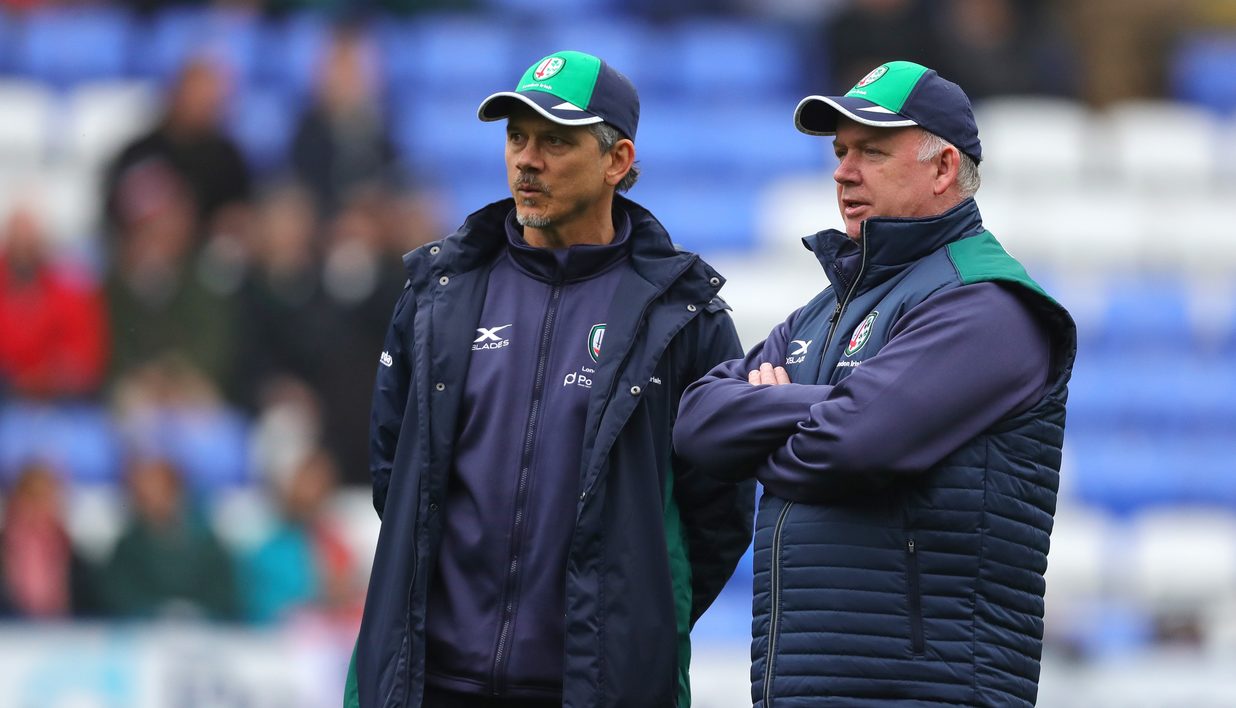 Declan Kidney was encouraged by his side’s display in front of a bumper St Patrick’s Party crowd, the Exiles narrowly beaten 33-29 by Gloucester Rugby in the Aviva Premiership.

The Exiles flew out of the blocks with tries from Josh McNally and Piet van Zyl giving the hosts a handsome 17-0 lead, only for the Cherry & Whites to hit back with 33 unanswered points. Kidney’s men responded bravely to salvage two points and close the gap to 10 points on Worcester Warriors, but the former Ireland boss insists his side need to learn how to push home their advantage.

“I suppose you could say that it was the good, the bad and the ugly thrown into one game and there are certainly learnings for us to take from the match,” said Kidney.

“We need to pick ourselves up, move on and take the positives – we’ve shortened the gap to 10 points and now we have two weeks to prepare for a massive game against Harlequins at The Stoop.

“I saw lots to encourage me, but we still came second and I’m not going to settle for that because we’re better than that. Losing can become a habit, as can winning, and we just need to learn how to finish games off.”

Proud to have taken charge of his first game in front of more than 15,000 spectators at the Madejski Stadium, Kidney added: “London Irish are a Premiership proposition. I’ve seen the structure behind the club and it’s strong enough to do that, but we need to start winning.”

The contest was made up of four quarters according to Kidney, with both sides enjoying periods of sustained pressure in a nip and tuck affair.

Kidney said: “That’s the nature of top class rugby and you have to be prepared for those times as it’s an 80 minute game. The game was like four quarters – I thought the first 15 minutes was okay and we probably lost our way a little in the next quarter.

“Similarly, there was a reverse in the second half and we didn’t do ourselves any favours in the third quarter, but we finished the game very strongly.”

London Irish’s next home game is against Exeter Chiefs on Sunday 15 April with tickets available by calling 0118 968 1016 or by visiting www.lidirect.co.uk