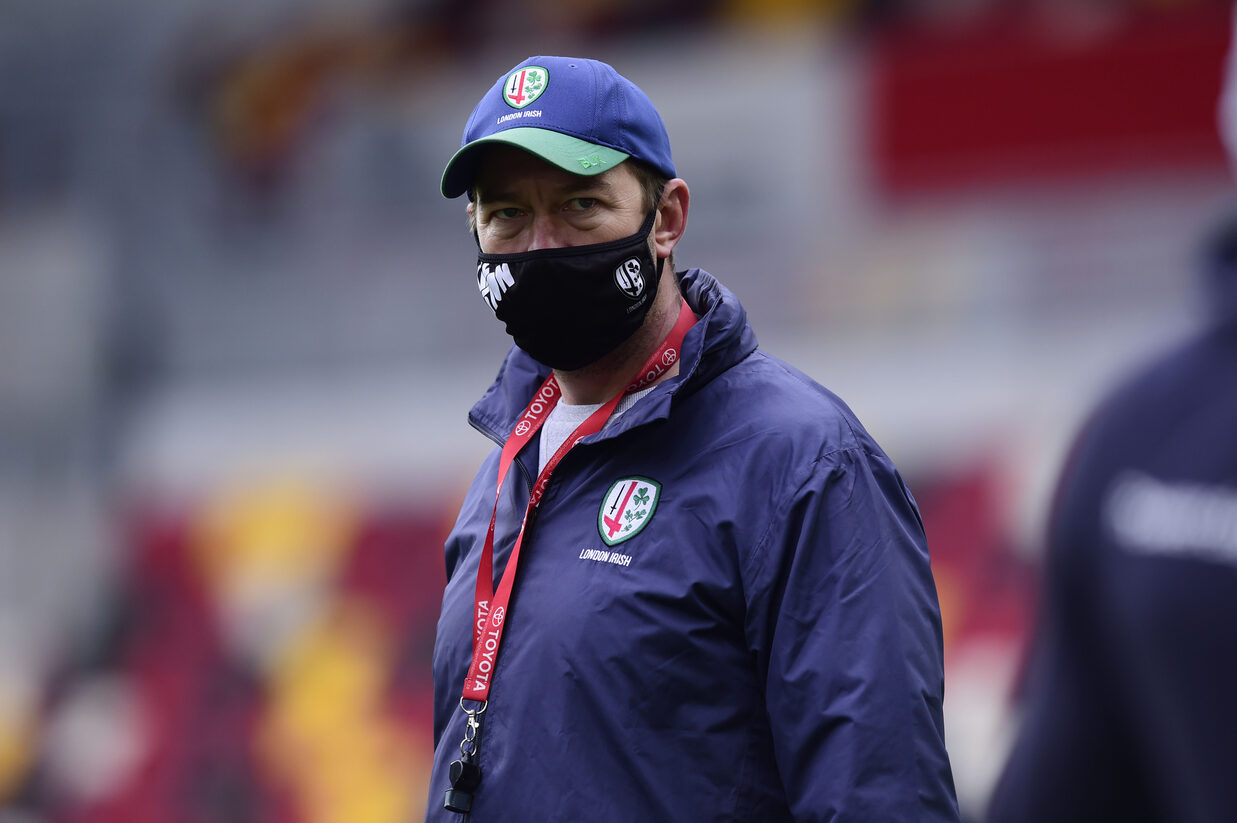 The Exiles head on the road to take on Northampton Saints in Round 16 of the Gallagher Premiership (kick-off 7:45pm) and will be hoping to bounce back to winning ways.

“At the beginning of the season, it’s always a goal to get to the knock-out stages of the European competition, so that was pleasing to see” explained van Zyl.

“Obviously, the players and staff are disappointed after last week’s loss to Bath. However, there were a lot of learnings for us to take away from the contest. Hopefully we can use that experience to take us forward for the rest of the season.”

This weekend sees fifth (Northampton Saints) take on sixth (London Irish) in the Gallagher Premiership, in a fixture that sees both sides show similarities, as van Zyl went on to explain.

“The thing about this game is that we are both in the same situation. We both got knocked out of the European Rugby Challenge Cup at the weekend and we sit close to each other in the table” he said.

“For both sides, it will be about getting over the disappointments of the previous weekend’s result and getting on with the next job at hand. At the end of the day, this could be the difference between the two teams.”

Van Zyl, who joined the coaching setup in January, believes that the squad has shown an eagerness to build on the learnings from last week in the training sessions so far this week.

“The best way to judge the reaction of the squad is in training. On Monday, we had a good training session.

“Sometimes, if the horse throws you off, the best way is to just get right back on it and go again. The beauty of the Friday night game is that it is a short week, and we get to get stuck into another contest.

“The squad are reenergised and ready to go.”

To secure your Season Ticket for the 2021/22 campaign, please click here!