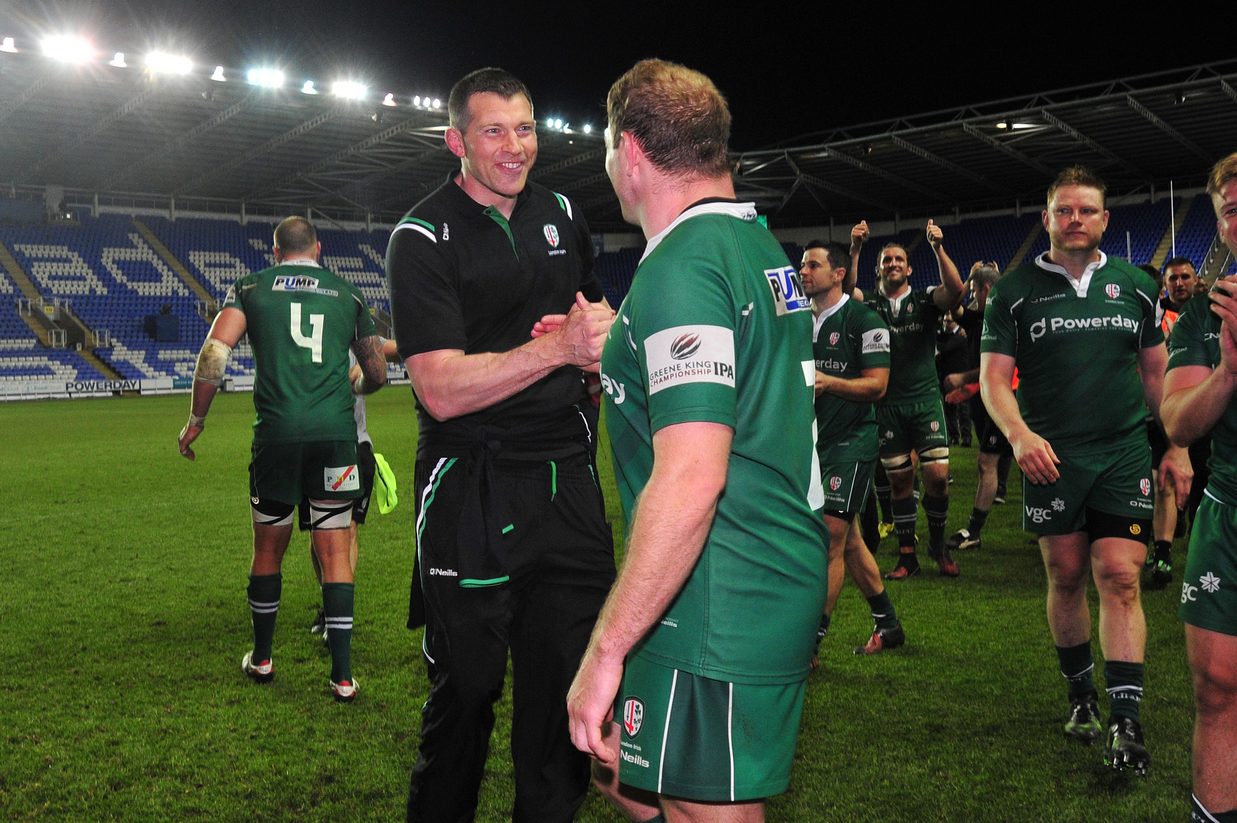 London Irish Director of Rugby Nick Kennedy paid tribute to a squad effort after his side secured their Premiership status with victory over Yorkshire Carnegie.

“We’ve asked them to do an awful lot this season and they’ve been incredible. I have so much respect for them.”

A campaign that began at home to Richmond back in September, ended with scenes of jubilation in front of a bumper crowd at the Madejski Stadium.

Reflecting on a hard fought victory against Carnegie, Kennedy said: “We made it hard for ourselves, but credit to Yorkshire. They came out swinging and have played some incredible rugby all year.

“We’re just delighted to be back in the Premiership where I believe this club belongs. We’ve rotated the squad all year and all the players fully deserve to be up there celebrating.

“The Play-off Final was a big occasion and the pressure is always going to take its toll on certain aspects, but we ultimately got the result that we wanted.

“The crowd were amazing and they really played their part over the two legs with their magnificent support, which has been evident throughout the season and I’m very pleased for them.”