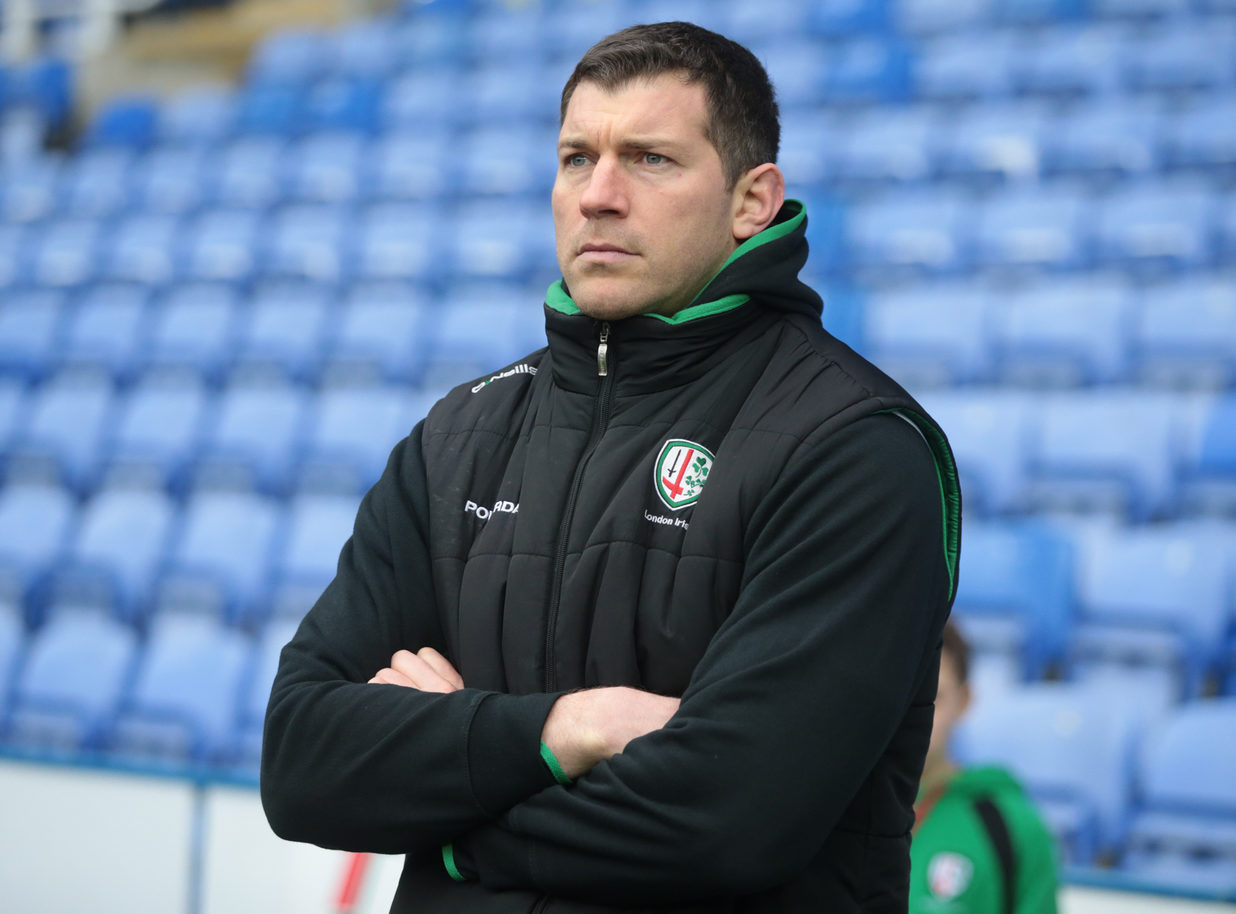 The formidable tight-head, who lifted the World Cup twice with the All Blacks, bagged himself a brace as the Exiles cemented their position at the top of the table.

Impressed with Franks’ work-rate during a man-of-the-match display, Kennedy said: “He works extremely hard for the team and epitomises what this club is all about.

“He had a big impact on the game and London Scottish struggled to cope with his power upfront. I thought the pack were excellent with some very good mauling and lineout play.”

Victory over Scottish stretched Irish’s winning run to 15 games in the league, a sequence that Kennedy was pleased to continue despite there being room for improvement.

“It was a closely fought game and London Scottish pushed us all the way,” said Exiles’ icon Kennedy.

He added: “Pete Richards is an excellent coach and he had his side well-drilled – there are certainly areas of our game which we can work on during the week in the build-up to the Yorkshire Carnegie game, but overall I’m happy.”

Tickets are available for the Exiles’ next home game against Yorkshire Carnegie in the B&I Cup on Saturday 11 th March by calling 0118 968 1016 or  click here  to purchase online.