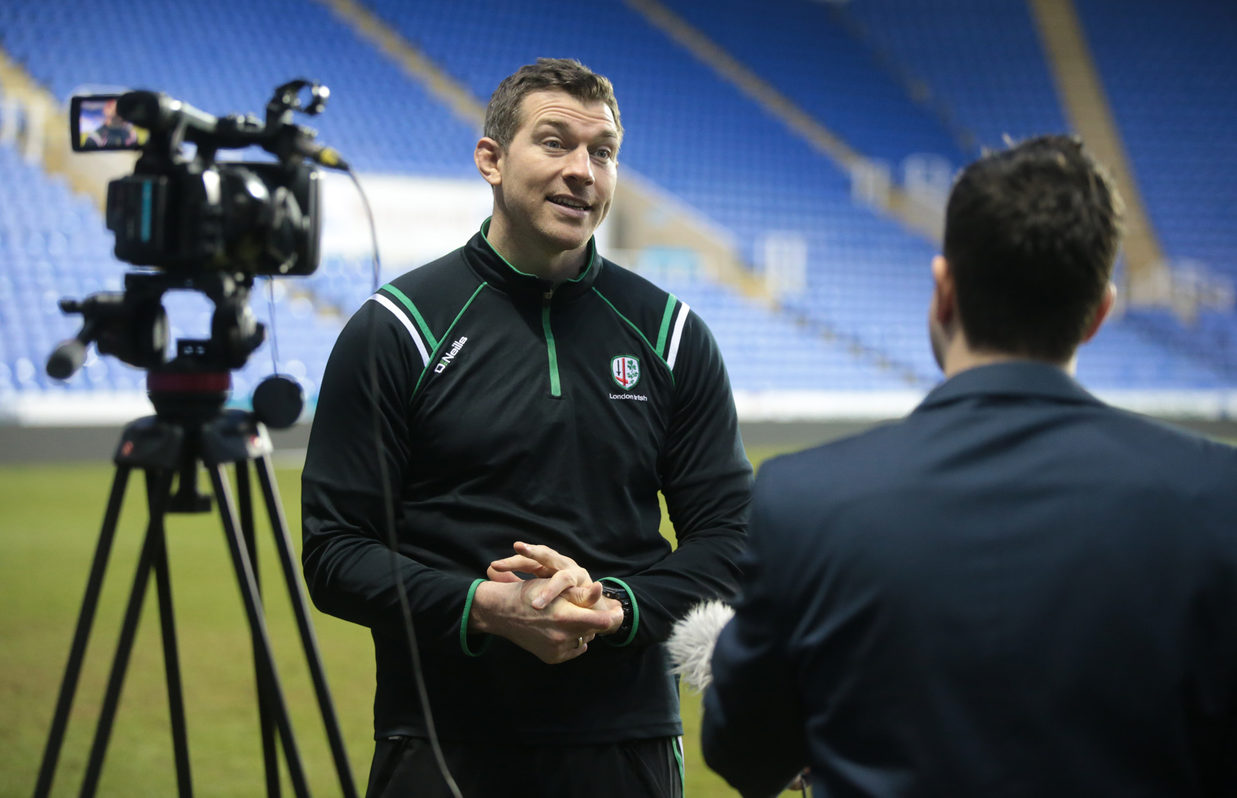 Just under 12,000 spectators flocked to the Madejski Stadium on Saturday, and the majority of the record crowd were not left disappointed as the Exiles ran riot during a blistering opening half hour.

“Our attack was absolutely superb and we were on fire in that first 30 minutes,” said Kennedy.

“The crowd brought a lot of energy to the game, which was fantastic and it really showed in our performance. We are very thankful to everyone for coming to the game and if we could get those crowds for the play-offs, then that could make a real difference.”

Sealing top spot in the Greene King IPA Championship, Kennedy is keen for his side to continue their league run, which now stands at 17 wins out of 17.

“I’m happy to have guaranteed first place, but it’s important that we keep improving and make sure that we finish the season strong. Our main focus is now on the trip to Jersey – they will be a very tough test for us.

“We have back to back games against them in both the league and the British & Irish Cup Semi-final, and I’m expecting another excellent week in training as the competition for places intensifies.”

One man who has come into form following a lengthy injury lay-off is Lewington, the wing ace getting himself on the score sheet with a first half try.

“It was a great finish and it’s just what he’s capable of – give him space and he will score you tries,” added Kennedy on Lewington.

“I’m looking forward to seeing more of the same from him.”

London Irish’s next home game is against Jersey Reds in the semi-final of the British and Irish Cup on Sunday 2 April with tickets available on general sale from 2pm on Thursday, 23 March.  London Irish’s last home game will be against Rotherham Titans at 3pm on 8 April and tickets are available from 0118 968 1016 or go to www.lidirect.co.uk  to purchase online.