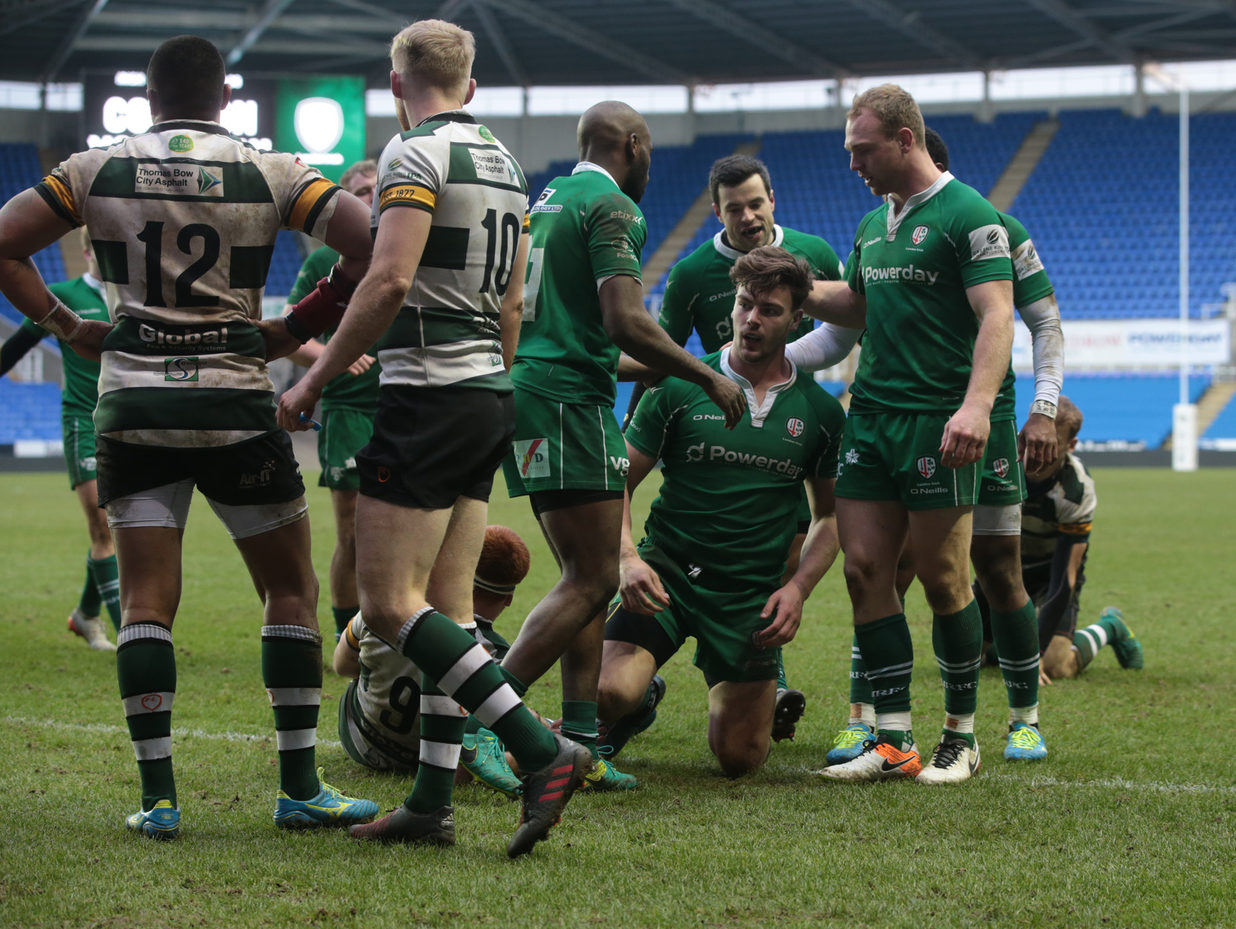 London Irish centre Johnny Williams reveals the half-time team talk during Sunday’s 60-14 victory over Nottingham ensured there was no let-up in his side’s attacking prowess.

Irish led 27-0 at the break, adding to this score with five further tries in the second half to rubberstamp maximum points.

“It was a brilliant game from our point of view and we spoke at half-time about being relentless, which showed in the second half,” said Williams, 20.

“Everyone contributed to a solid team effort – the lads that came off the bench did great in the second half and the lads who came on really emptied the tank, so that for me was the most pleasing thing in the game,” he added.

Williams scored one of the Exiles’ nine tries on his way to scooping the man-of-the-match award, but in typical fashion the Berkshire-born centre admits it could have gone to any number of players.

He said: “I think you could have given it to a number of lads, particularly one of the forwards who were immense upfront against a really big pack.

“I’m delighted to have been named man-of-the-match, but you could have given it to a number of boys in the team.”

Nick Kennedy’s charges return to action in just under three-weeks, a period of time that is frustrating according to Williams.

“It’s not ideal to have such a lengthy spell before our next game, but we will be fully prepared for the visit of London Scottish and I’m looking forward to the challenge that they will bring.

“We will work on a few things in training and look to improve on our last performance which is what we strive to do week after week,” he added.

Let's keep the tries coming with a bumper crowd to welcome London Scottish to the Madejski Stadium on Saturday 25th February (kick-off 3pm). Tickets are on sale now by calling 0118 968 1016 or  click here  to purchase online.