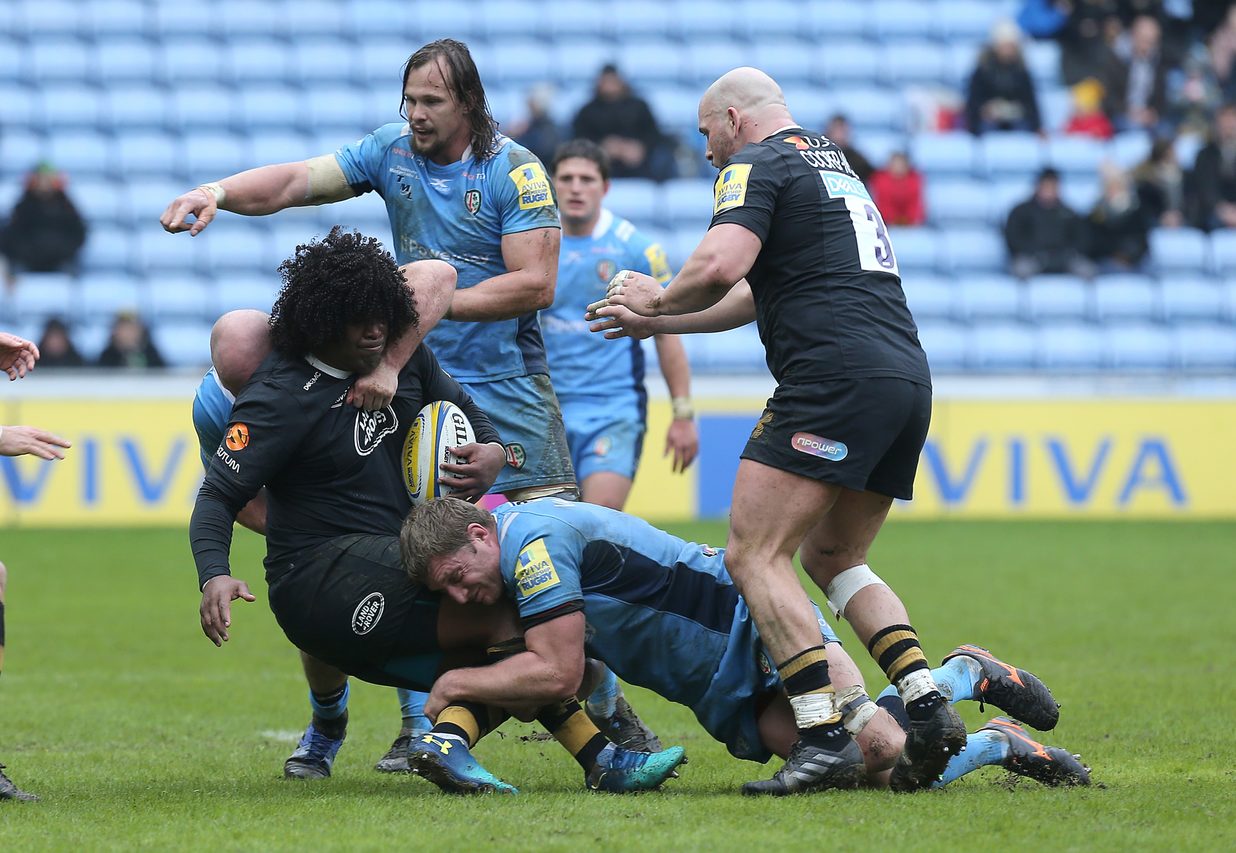 London Irish skipper Franco van der Merwe was proud of his side’s display after they went agonisingly close to securing victory over Wasps at the Ricoh Arena.

Petrus Du Plessis’ try four minutes from time cut the gap to 17-16 with Irish looking good value for the win. However, a breakaway try from former Exile Tom Cruse, his second of the game, secured a 24-16 triumph for Dai Young’s men.

“I’m very proud of the boys and I thought we put in a great performance,” said van der Merwe, 34.

“The conditions were horrible, but we showed great character, and to score a try in the closing stages in the way we did, underlines that.”

The Exiles now gear-up for the St Patrick’s Party fixture against Gloucester at the Madejski Stadium on Saturday 24 March, the first of five league games remaining.

“We’ve got to play every game like it’s a play-off and we can’t control what is going on around us,” added van der Merwe.

“The only thing we can focus on is the next game and we’ll give it our absolute all every time we pull on the London Irish jersey.”

The St Patrick’s Party will see London Irish take on Gloucester Rugby in the Aviva Premiership as part of a day of non-stop entertainment with live music, fairground rides and lots more from noon until 7.30pm. Find out more by clicking  here .