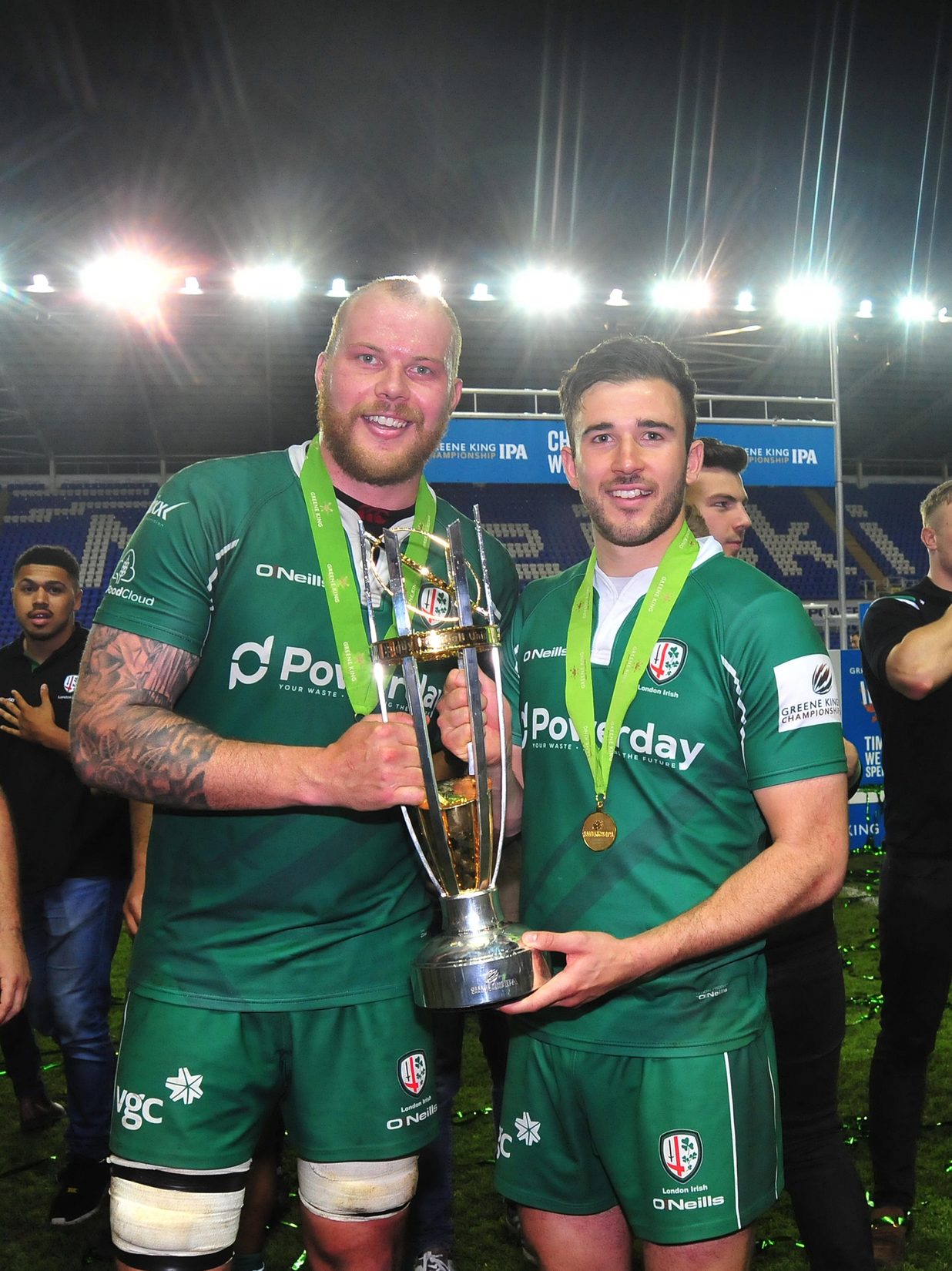 Colossal in London Irish’s second row this campaign, Sebastian De Chaves could not hide his delight after helping the Exiles seal promotion back to the Premiership.

Talking to the gathering media post-match, De Chaves said: “The feeling that I have at the moment is one of relief as we knew anything could happen on an occasion like this.

“We got what we wanted and it’s been an amazing season!”

Scooping the Players’ Player of the Season at the club’s end of season awards dinner, the giant lock says the midweek triumph was a crazy affair at the Madejski Stadium.

“It was a crazy game and you would think that the 55-48 second leg score line was the aggregate score, but the game just seemed to open up for both teams.

“It was a pressure game and we made sure that we were on the right side of the result, which was the most important thing.

“It was an explosive game and we fought tooth and nail for the full 80 minutes.”

“The Premiership is a magnificent, unforgiving competition and we will need to take our game to an even bigger level.

“We’re all relishing the challenge of the Premiership and the supporters will undoubtedly be looking forward to trips to the likes of Leicester, Saracens and Harlequins next season.”