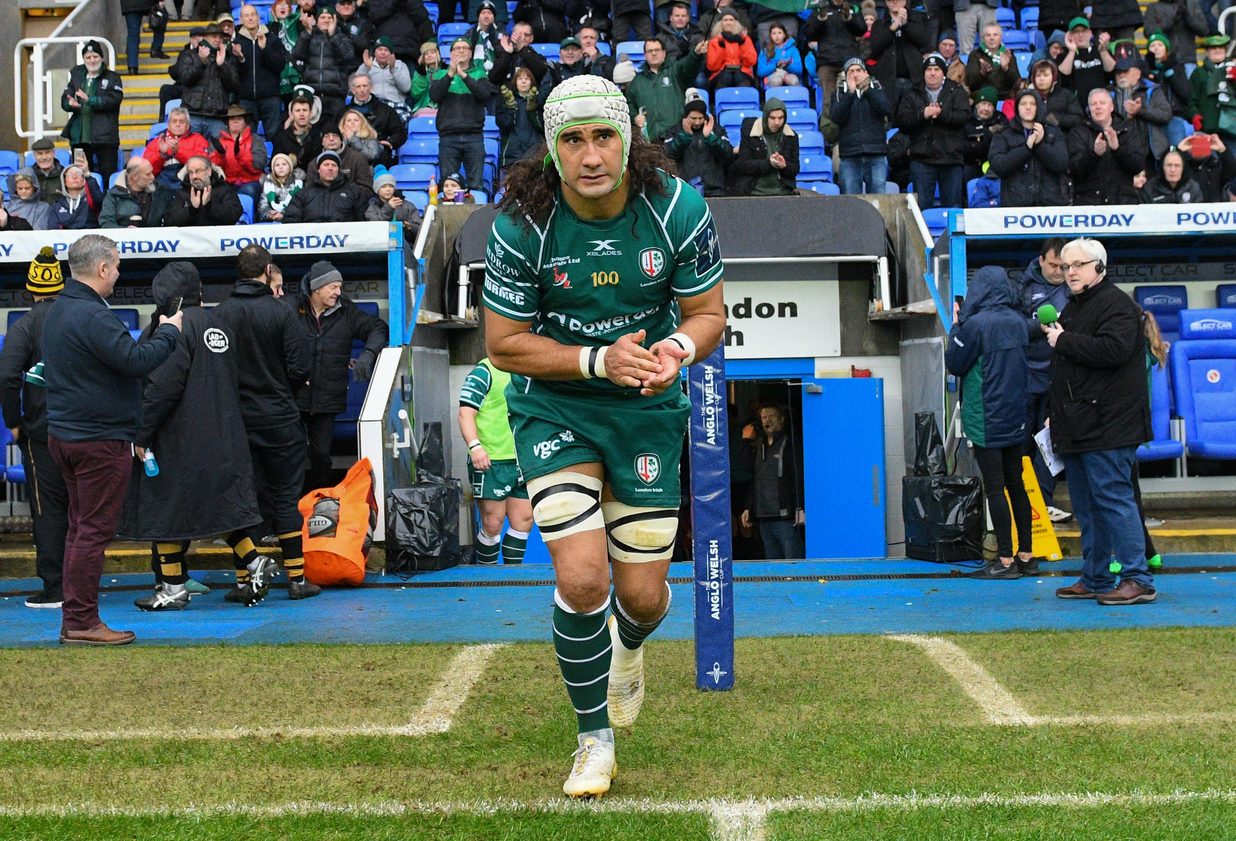 100 club inductee Blair Cowan paid tribute to the London Irish supporters after his side’s 66-7 victory over Wasps in the Anglo-Welsh Cup.

The Scotland capped back row pulled on the green jersey for the 100 th time on Saturday, the Exiles marking the occasion by running in 10 tries to make it three wins on the spin.

“To make my 100 th appearance for the club was a very special feeling and I would like to thank my family, friends and the London Irish supporters for their kind messages,” said Cowan.

“I’m absolutely stoked to reach this milestone and there’s nothing better than celebrating the landmark with a convincing win.

“London Irish means everything to me. It’s a club that I want to end my career at.”

A trip to Cardiff Blues this Friday now beckons for Nick Kennedy’s men, the Exiles still in with a shout of progressing through to the Anglo-Welsh Cup semi-finals.

London Irish’s next home game is against Sale Sharks in the Aviva Premiership on Saturday 10 February (kick-off 3pm). Tickets are available from £3 for under 13s and £23 for adults if you book in advance by calling the Ticket Office on 0118 968 1016 (Monday to Friday 9am to 5pm, Saturday 9am to noon) or online at  www.lidirect.co.uk .