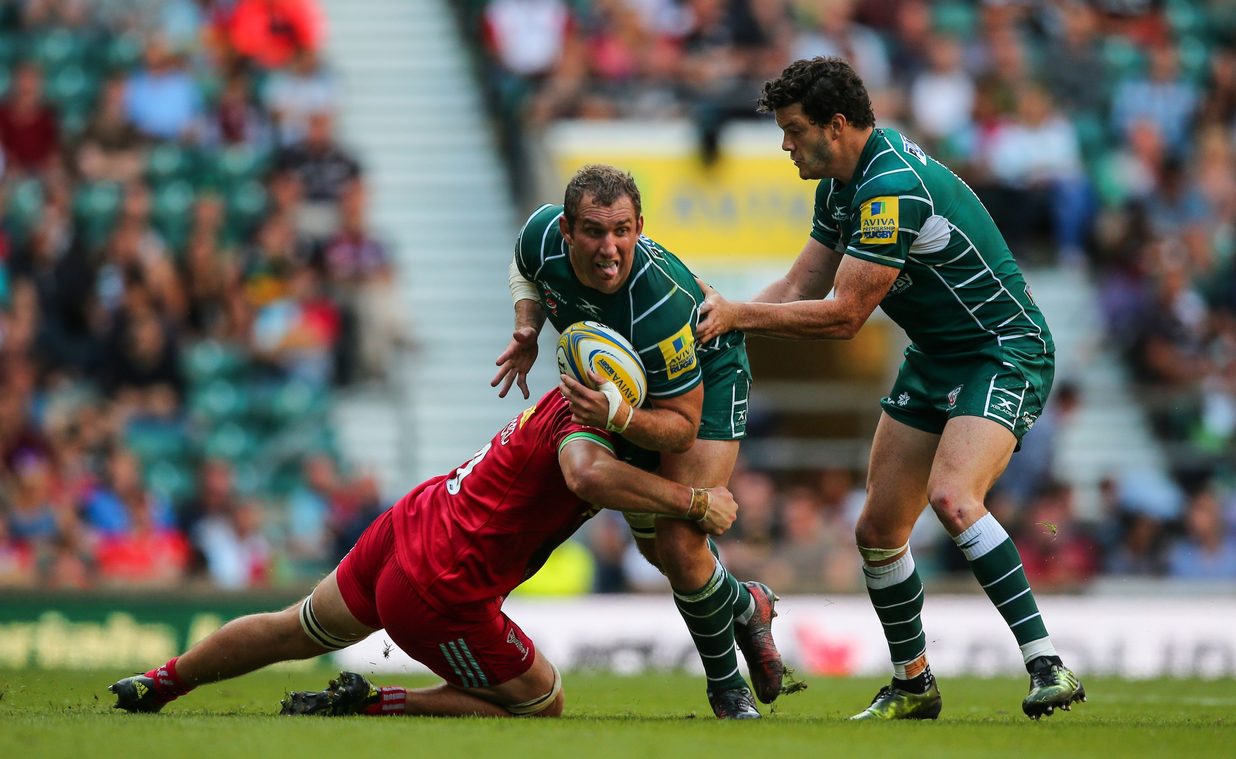 Colossal in the tackle during Saturday’s 39-29 Aviva Premiership victory over Harlequins at Twickenham, London Irish back row Mike Coman cut a delighted figure during his post-match interview.

Brendan McKibbin’s last gasp try secured the bonus point with Coman hailing his side’s character against a Quins side that boasted a number of internationals.

“The last 10 minutes seemed to last forever and I was keeping an eye on the clock, but thankfully we got that try at the end to make sure of the win,” said Coman, 29.

“We used last season as a way to set some goals and based ourselves on performance rather than results, which has stood us in good stead.

“The win is a good starting point for us and we’ve just got to keep progressing as a team.”

Coman and fellow back row Blair Cowan made 18 and 17 tackles respectively, the duo the catalyst for a memorable triumph at HQ.

“We’ve improved our physicality considerably, having worked on that aspect of our game last season,” said Coman.

“Declan Danaher has worked tirelessly on our defence and we certainly won a lot of collisions against Quins, so we’re pretty happy about that outcome.”