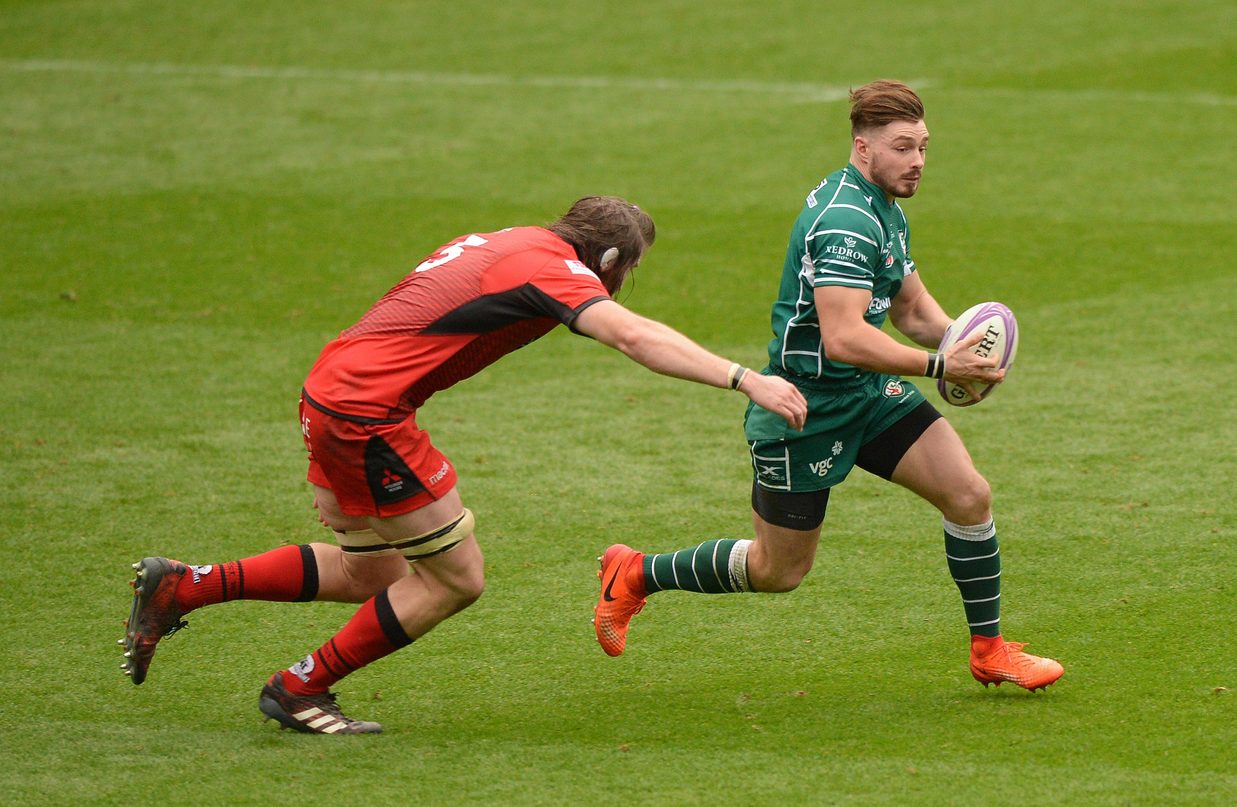 London Irish back Ben Ransom has been keeping himself busy away from the rigours of professional rugby as he continues to work closely with the Rugby Players Association (RPA) and children’s charity Wooden Spoon.

The former England Under-20 wing, who swapped Allianz Park for the Madejski Stadium ahead of the 2016/17 season, combines his role as RPA rep with his position as honorary president of Wooden Spoon.

“At the beginning of the season, Conor Gilsenan, Greig Tonks and I each delivered a presentation to the rest of the squad to see who would get voted in as the new RPA player rep and I was delighted to be given the position,” said Ransom, 25 who gears up for this Saturday’s Round 5 European Rugby Challenge Cup clash with Krasny Yar at the Madejski Stadium (kick-off 3pm).

“It’s a great organisation, which does so much for player welfare and I’ll do anything I can to help players make the most of the service. My role is mainly liaising with the RPA board and the players to make sure that they have all the information that they need on a regular basis.”

Recently London Irish players have taken part in a number of activities as part of the RPA Personal Development Programme including a visit to Sky Sports News’ studio, a barista course in Kingston and a cooking masterclass at the Gaucho restaurant next to the O2.

“The London Academy of Training also had a few of the players in their offices to talk to them about managing their finances. Anything that the guys need, I’ll try and arrange it through our RPA senior personal development manager Kim Johnson-Pool,” added Ransom.

While at Saracens, Ransom became involved with Wooden Spoon when he was asked to be honorary president for the Hertfordshire region. The charity, which looks to transform the lives of disadvantaged children and young people through the power of rugby, is an organisation close to Ransom’s heart.

“I was asked to get involved with Wooden Spoon during my time with Saracens and I jumped at the opportunity,” said Ransom, who joined the likes of Jason Robinson OBE, Maggie Alphonsi MBE and Gareth Thomas in supporting the charity.

“It’s a great way for me to help children and young people who haven’t had the start in life that they deserve. I’m really looking forward to continuing my work with them.”