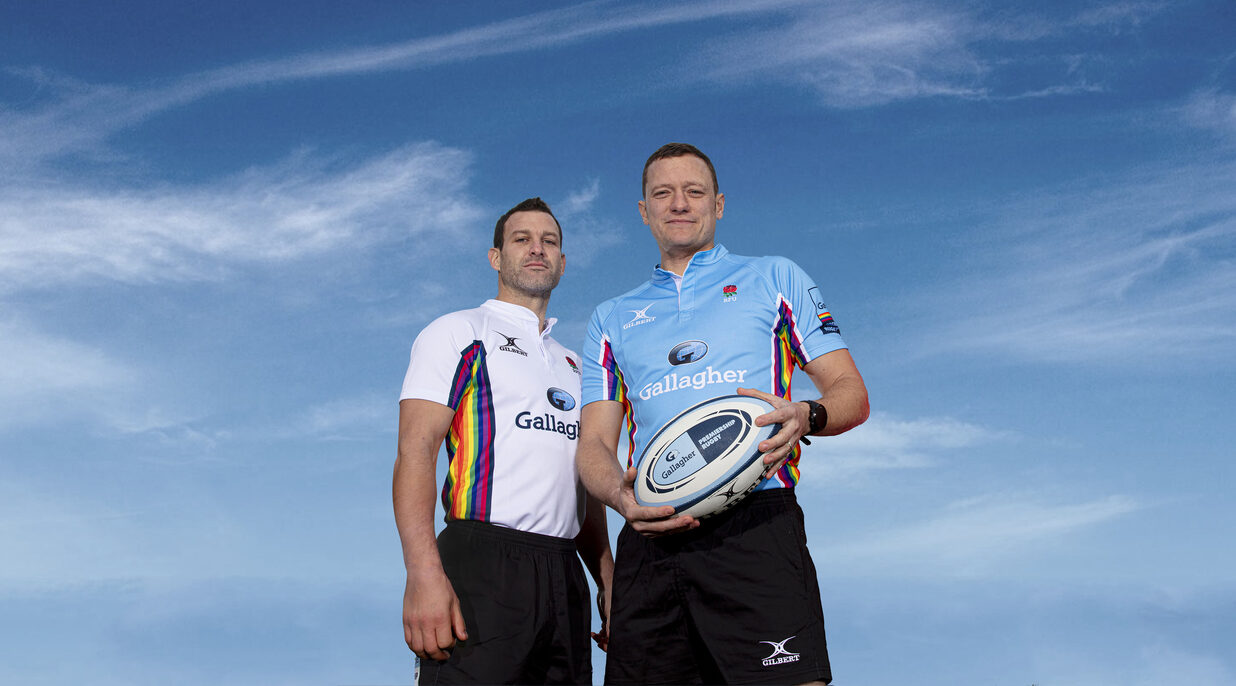 To celebrate and show their ongoing support of the campaign, a special “rainbow” Gallagher Premiership Rugby logo will once again be used extensively through the six matches in Round 3 of the competition on the weekend of 4-6 December, when all matches will be shown live on BT Sport.

As part of the commitment:

• Branding at matches to carry Rainbow Laces messaging or be turned rainbow to celebrate the weekend. This will include the flags used by assistant referees

• All Premiership Rugby’s social media accounts will have Rainbow branding.

• Should you wish to buy Rainbow Laces, please click here

The weekend will form part of Premiership Rugby’s commitment to inclusion.

Wayne Morris the Community and CSR Director at Premiership Rugby, said: “This is our fifth season supporting the Rainbow Laces campaign and we are delighted to join again with Gallagher and BT Sport to be allies to all the LGBT people involved in Premiership Rugby.

“We strive every day to be the most welcoming league in the world, like Stonewall we want rugby to be everyone’s game and we are prepared to play our part to make this happen.

“One of Premiership Rugby’s key objectives along with our clubs is to celebrate diversity, and we strive to make our competitions and activities available and enjoyable to as many people as possible in whatever capacity they wish.”

This year Premiership Rugby is calling on fans, players and the rugby community across the country to get involved in the campaign by buying their own laces, wearing them and posting their pictures on social media under #RainbowLaces.

“Rugby is already an inclusive sport but over 40 per cent of LGBT people don’t feel welcome at public sporting events, we’d like everyone to take an extra step this month and go out of their way to help us put an end to discrimination and ensure LGBT people feel welcome whether watching or taking part in sport. We want to take action together,” Morris adds

“This is so important when the pandemic has had such an impact on all of us, increasing isolation and affecting people’s mental health. The community we find in rugby is so important and it’s vital that LGBT people fully benefit from it.”

“When we wear our Rainbow Laces we set a compelling example to the rugby community so join with us in 2020 in becoming LGBT allies.”