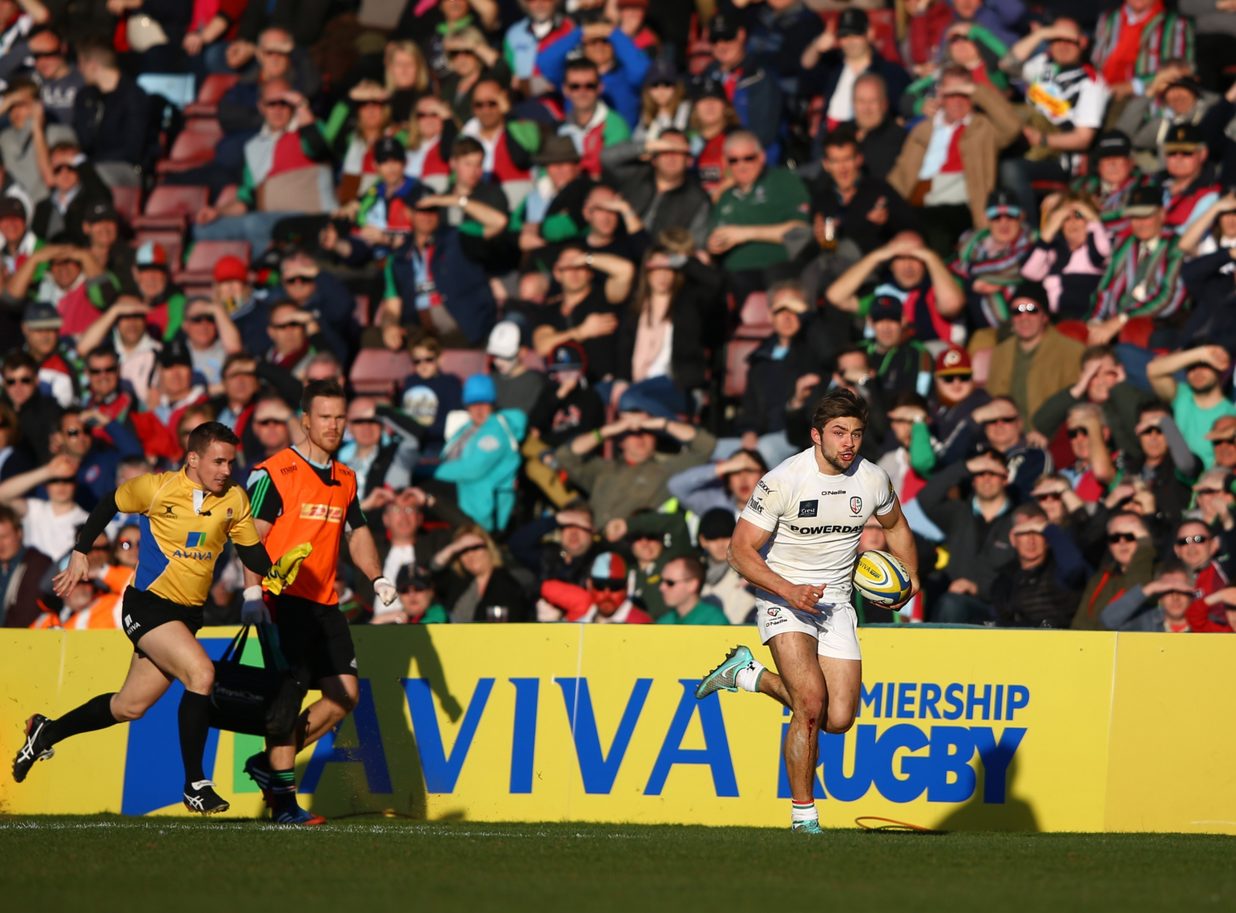 London Irish travelled to The Stoop on Saturday 7 March to face Harlequins in Round 17 of the Aviva Premiership. Irish suffered a blow in terms of selection with captain George Skivington forced out through injury but Head Coach Glenn Delany was able to welcome back Tom Court and Halani Aulika in the front row and the welcome return of Blair Cowan from Scotland duty.

On a sunny day at the Stoop it was Harlequins who held on to secure a 26 – 20 victory.

Despite Irish and Quins scoring two tries a-piece, Nick Evans kicked 16 points for the hosts to give them the win by a narrow six points.

Quins were first off the mark. Despite Irish looking threatening off the restart two quick penalties for the hosts saw Nick Evans given a chance to take the lead just four minutes in, making it 3 – 0.

London Irish captain Shane Geraghty was penalised for an illegal tackle after 10 minutes to double the lead to 6 – 0. However, a dominant Irish scrum minutes later saw Irish win a penalty which Geraghty stuck in the corner. A second penalty for the Exiles from the lineout saw Geraghty opt for the sticks to bring the scores to 6 – 3.

The kicking battle continued throughout the half with Evans converting another penalty, Geraghty making the most of another penalty at the scrum before Evans cancelled it out minutes later the score stood at 6 – 12 on 24 minutes.

The first try of the day went the way of the hosts. Quins retained pressure well, tying in the Irish defence to give Matt Hopper space down the wing before passing inside for Danny Care to touchdown. Evans converted to make it 19 – 6 with ten minutes left in the half.

James Short showed his pace to catch Quins napping soon after. An overthrown lineout on the Irish five metre line saw Geraghty claim it and kick up field. Quins full back Ross Chisholm was too slow to react, Short leaping to claim the ball over him and sprint away from 50 metres and score under the posts. Geraghty’s conversion made it 13 – 19 at half time.

Quins started the second half strongly. They worked their way deep into Irish territory through a break from Nick Easter before shipping it wide for Hopper to cross in the corner. Evans converted to make it 26 – 13.

Tom Fowlie scored Irish’s second try of the game. After a long period of both sides looking for territory Fowlie showed his pace to sprint away from the half way line, stepping Evans to touch down under the posts giving Geraghty a simple conversion to make it 26 – 20 and set up a nail biting finish.

With Irish pushing for the win, with Fowlie almost getting down the wing again, Quins held on to the ball and close out the game with a final score of 26 – 20.

Irish now have two weeks off before the London Irish St Patrick’s Party at the Madejski Stadium against Newcastle Falcons on the 28th of March.