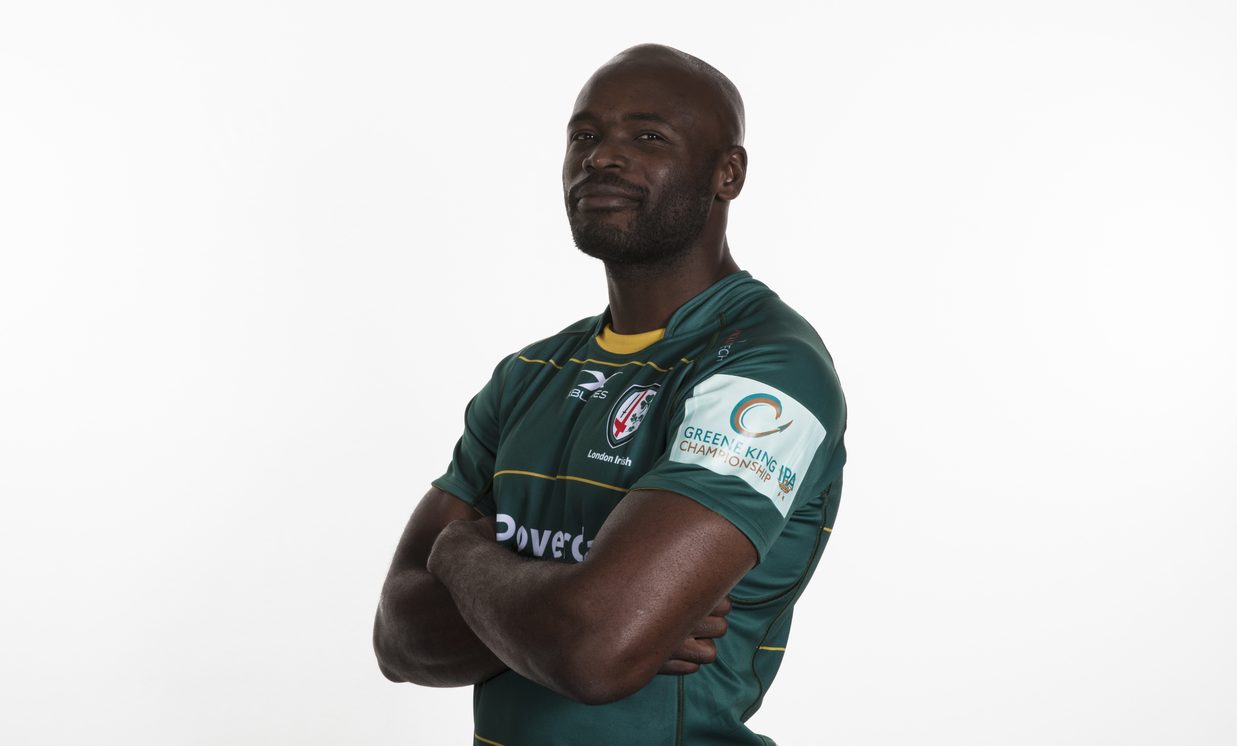 Club record try-scorer Topsy Ojo says competition for places is as intense as ever at London Irish ahead of this Sunday’s Greene King IPA Championship clash against Bedford Blues at the Madejski Stadium (kick-off 3pm).

Starting in each of his side’s opening two victories, the clinical finisher says the depth of the squad will be crucial as the campaign gathers pace.

“We’ve got a strong competitive squad with not too many in the injury room either, so selection is always interesting when the team goes up in the meetings” said Ojo, who recently qualified as a Level 3 coach.

“We have a lot of quality in the squad, which is good as we’re only coming into game three and there’s a lot of rugby to be played between now and the end of the season.”

With a tough test coming up in the shape of Bedford, Ojo is quick to realise the experience that scrum-half Lee Dickson adds to the Blues style of play.

“Lee Dickson is a player with a lot of experience and that’s why they brought him into the squad and he’ll bring a bit of an edge to the way that they play.

“I’m sure that he’ll be looking to get one over on his ex-Northampton teammates, we know that he’s key to making them tick.”

As always the one-club man paid tribute to the loyal Exiles fanbase, adding: “This Sunday is a big game for us and we know that our supporters will be there in their numbers.

“Bedford will bring a lot of supporters to the game too, so it’s important that we turn up and are well-prepared.”