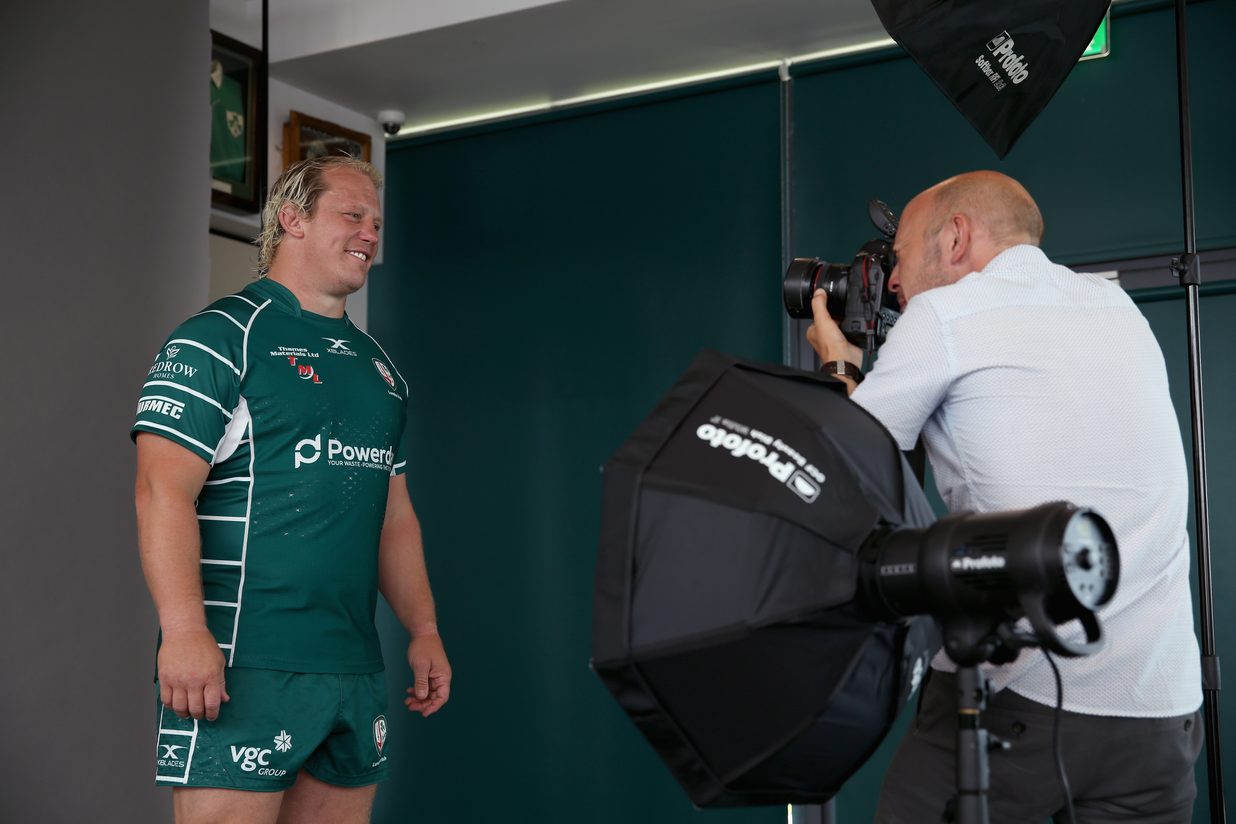 The Aviva Premiership season came sharply into focus this week as the national press descended on London Irish’s Hazelwood training complex for the annual media day.

Here’s an exclusive look behind the scenes from LITV as the playing squad wearing this season’s new home kit and the backroom team had their individual studio shots and team photo taken.

With just over two weeks to go until the London Double Header against Harlequins at Twickenham, the excitement is building within the Exiles’ ranks.

Director of rugby Nick Kennedy, who welcomes 11 new signings to the fold, is relishing the prospect of taking his side to the home of English rugby on the opening weekend.

“The media day is always a reminder that the start of the season is almost upon us and everyone is really excited,” said Kennedy.

“There is a really good feeling within the squad at present and our new recruits have settled in very well. Pre-season training has been excellent and I’ve been impressed with the intensity of each session.

“What better way to start the season than a game against Harlequins at Twickenham.”

Be part of the London Irish family with a 2017/18 Season Membership. Great value from £295 for adults and under 13s are free for 18 home games including the London Double Header and so much more.