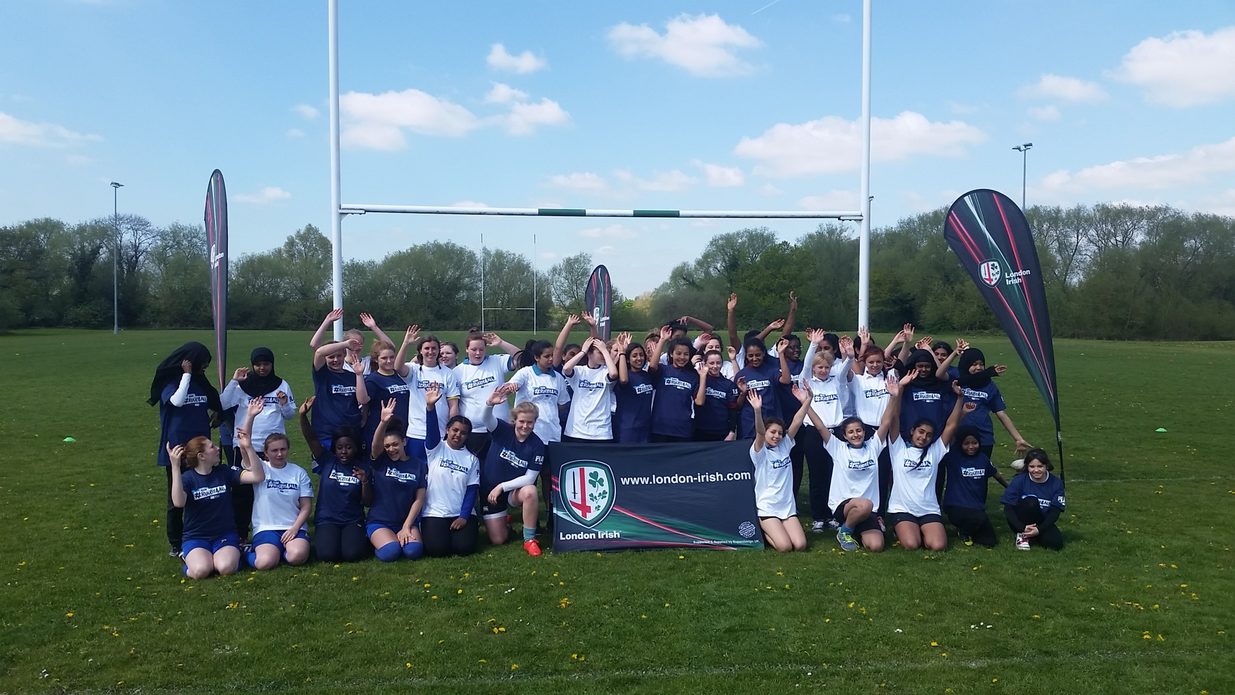 On 22nd April over 50 girls from four local girl’s schools descended on Slough RFC. They were there for the inaugural, EHRC (Equality and Human Rights Commission), Premiership Rugby #rugby4all coaching clinic and festival. The day was the conclusion to a five week rugby coaching programme the girls had undertaken at school and was a chance for them to show off some of the skills they had learnt against different opposition.

Prior to the day the London Irish community coaches had spent two hours a week introducing the core skills to the girls. The sessions had ranged from basic catch and pass, decision making under pressure and small games. The contact element at the start had proved a challenge for the coaches but after initial protests the girls were able to demonstrate great tackle technique and ball presentation.

On the day the girls started with a two hour coaching clinic. The clinic was split into two stations, one focussing on contact elements and defence, the other focussing on attack and handling under pressure.

London Irish community coach Jake Cottrell, commented: ‘’ The girls were able to pick up the concepts with ease, not only did they challenge themselves but they challenged the coaches to change the scenarios to develop more pressure.”

The grand finale of the day was the tournament. The girls were split into four mixed teams and played each team twice. Although there was a competitive aspect to the tournament and the pressure was intensified, the real focus was about enjoyment and the coaches were on hand to help coach the teams through the game.

Suzanne Hallett from Beechwood School said: “I would like to thank London Irish for organising and inviting us to the Girls Festival on Wednesday. The girls who took part really enjoyed it and are already asking about more sessions and matches.”

A big thank you goes to Slough RFC for allowing us to use there grounds, the teachers for all their help and finally to all the girls and coaches involved.