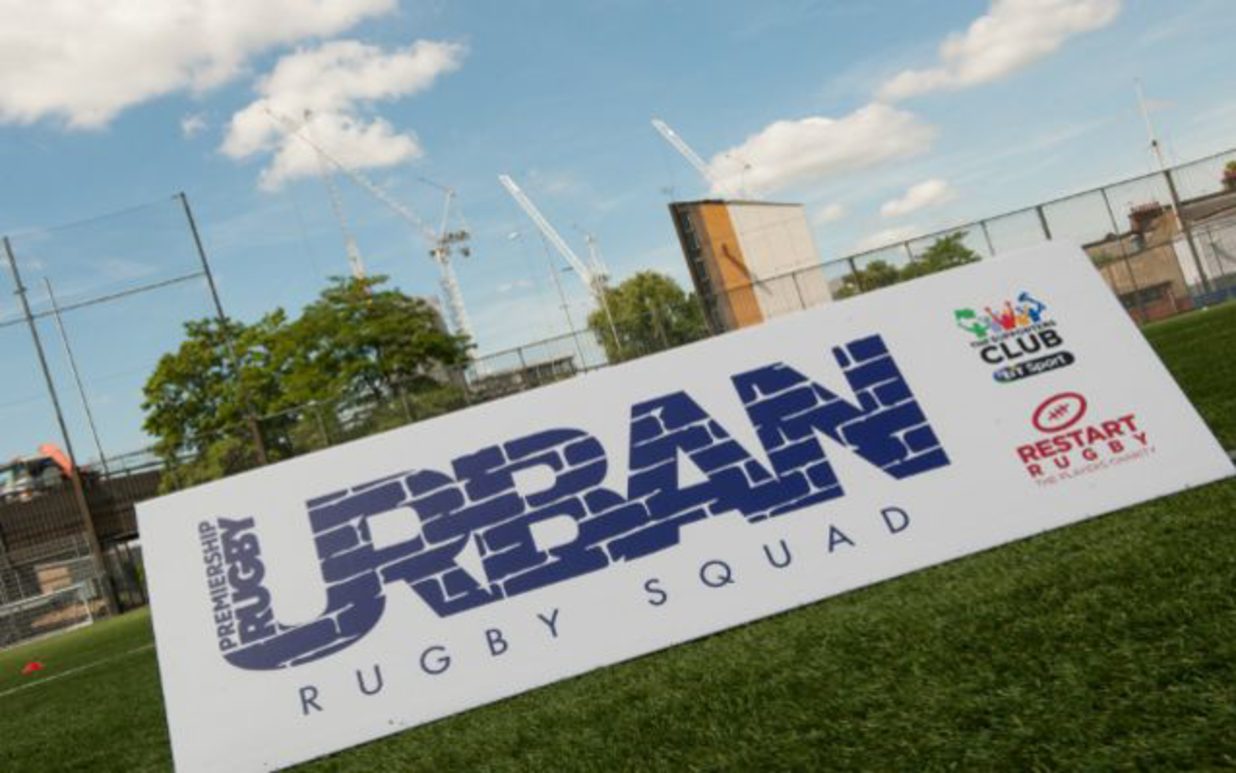 Premiership Rugby launched a ground-breaking new initiative that will see young people aged 14-16 from disadvantaged communities across England given the opportunity to participate in regular sporting activity and personal development workshops that use rugby as inspiration.

In partnership with BT Sport's The Supporters Club, the broadcaster's initiative that aims to build a better world through sport, and Restart Rugby, the Official Charity of The Rugby Players' Association (RPA), the Urban Rugby Squad will be run across all 12 Premiership Rugby clubs this summer.

The programme will be implemented, thanks to a substantial grant from BT Sport's The Supporters Club, which will see club coaches across the country deliver a 12-week recruitment and development programme with four local satellite clubs. London Irish will have workshops at Monksfield Avenue in Slough, Winton Academy in Bournemouth, Tadley RFC and Park House School in Newbury.

The clubs will then come together in August for a Club Festival where an Urban Rugby Squad will be selected to represent each Premiership Rugby side at a National Festival, to be held at the Twickenham Stoop in October.

Formally unveiled at the Westway Sports and Fitness Centre in west London, the launch event saw young people and coaches from a number of Premiership clubs come together for a tag rugby and personal development session, where they were joined by former England and Harlequins winger and BT Sport presenter Ugo Monye. During the session, Ugo told the young participants about his own journey into rugby, providing both practical coaching tips and life guidance to those in attendance.

Over the course of the programme, it is estimated that 1,000 young people from non-traditional rugby communities across England will be introduced to the game, with practical sessions built around personal workshops that focus on areas including anger management, drugs/alcohol misuse, sexual health and physical fitness assessment.

The partnership builds on the existing multi-year relationship between BT Sport and Premiership Rugby for exclusive live television coverage of the Aviva Premiership on BT Sport. Last year, The Supporters Club also provided a substantial grant to Premiership Rugby's 'Something to Chew On' initiative, an interactive project that promotes healthy and active lifestyles to children using rugby as a focus.

"With our partners, BT Sport and The Rugby Players' Association , we are committed to show how rugby union can be a force for good in this country," said Premiership Rugby's Chief Executive Mark McCafferty.

"The 12 Premiership Rugby clubs will enrol more than 1,000 young people - many from tough areas - into their Urban Rugby Squads this summer. They will get tailored coaching not just to make them better rugby players but to harness the values of the game. We will be reaching out to new rugby communities putting rugby on the agenda for the first time in some areas. The Urban Rugby Squad will also focus on the personal development of squad members to increase their life opportunities. The programme will culminate with a festival during Rugby World Cup 2015 when we will showcase the journey these teenagers have gone on over the summer."

Speaking about the launch of the project, chief executive of BT Consumer, John Petter, said: "Our relationship with Premiership Rugby typifies how BT is determined to forge innovative relationships with our league partners to use sport as an enabler of social change amongst young people. Over the past two years BT Sport, through The Supporters Club, has built similar relationships across the sporting world and this exciting new programme will enable us to capitalise on the huge interest in rugby at the moment ahead of Rugby World Cup 2015, while continuing to make a real difference to communities up and down the country."

BT Sport ambassador, Ugo Monye, added: "It's been great to come down today for the launch of the Urban Rugby Squad and I'm looking forward to getting out and about over the summer, visiting clubs and harnessing the power of rugby to make a difference in what is an absolutely massive year for the sport. Rugby has the power to teach young people a number of life skills as well as the obvious health and physical benefits, so I can't wait to get stuck in and hopefully encourage more young people to fall in love with the game."

Damian Hopley, Group CEO of The Rugby Players' Association (RPA), said: "We are really excited for Urban Rugby Squad to be the first Community basedprogramme for Restart Rugby to be involved with. All the RPA members recognise the positive influence rugby has had on their lives and this programme will make a significant impact for good on the participants. It is great to see the professional players supporting thisprogramme via their own charity."