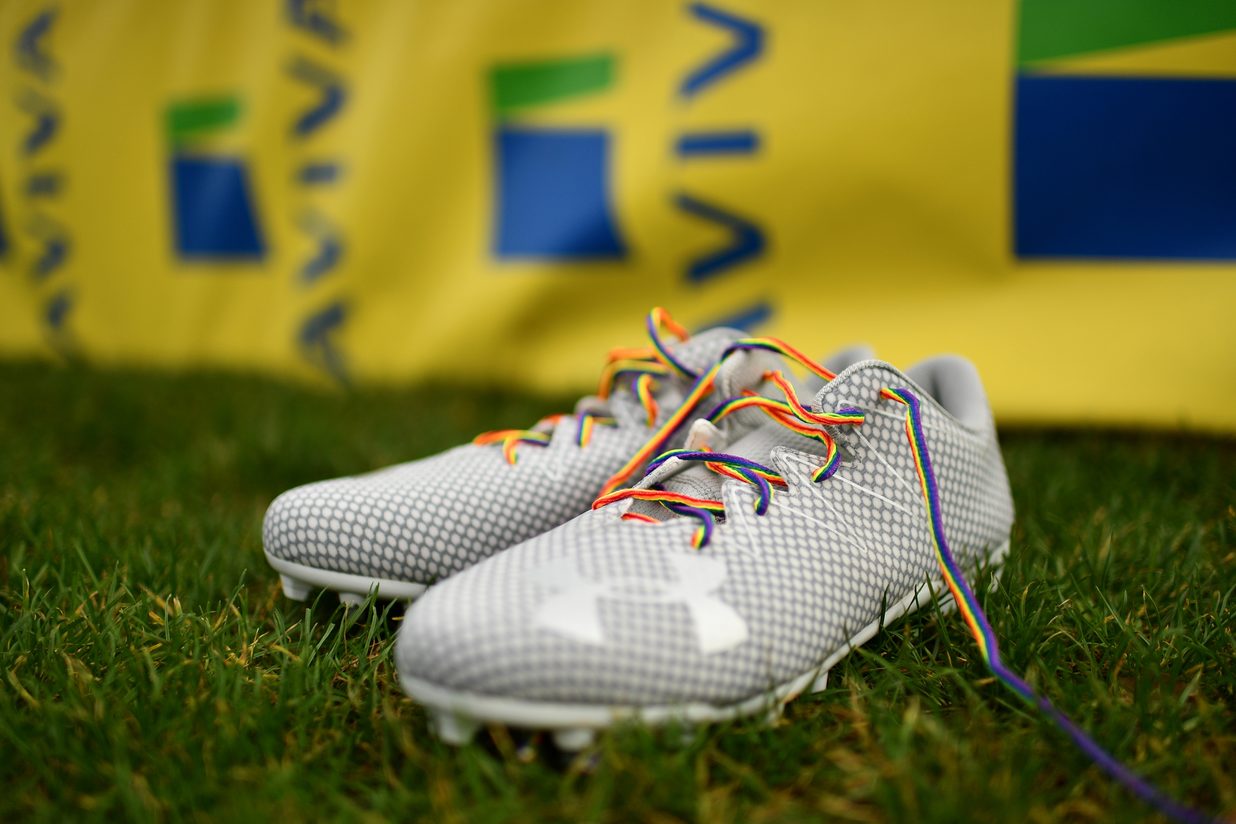 Premiership Rugby and England Rugby today announced a commitment to work with Stonewall, which will see the three organisations support and promote LGBT inclusion in rugby.

The game-wide initiative will see Premiership Rugby and England Rugby work with Stonewall to assess current inclusion programmes and practisces and to work on integrating best practise into rugby at all levels.

As part of their commitment, Premiership Rugby, the RFU and the Rugby Players’ Association (RPA) will once again support the Rainbow Laces campaign, scheduled for November 2017.

Wayne Morris, Community and CSR Director at Premiership Rugby, said: “Inclusion is one of five core values at Premiership Rugby and, as a values-driven sport, we take our commitment to it seriously. We want our fans and our supporters to feel welcome at our matches and to feel that rugby is a sport that they can get involved with at any level.

“Many of our existing community programmes are about encouraging people to consider rugby as a sport that is available to them, but inclusion goes beyond what happens on the pitch or through our programmes. We want Premiership Rugby to be welcoming to all people, be it as a participant, fan, employee, coach or volunteer, and we want to ensure we are doing as much as we can to achieve this. As a result we are delighted to be working with Stonewall in this area and to work with them on promoting LGBT inclusion.”

As part of England Rugby’s four year strategic plan, which was announced last week, the governing body re-stated its ongoing commitment to diversity and inclusion at all levels of the game.

England Rugby will be promoting Stonewall’s Rainbow Laces campaign in Twickenham Stadium during England’s match against Samoa on Saturday 25 November, with rainbow LEDs and big screen VTs promoting their support. Clubs and players across the community will also be informed of ways to promote inclusion and how to get behind the Rainbow Laces campaign.

“Rugby is a game for all and at the core of our strategic plan is our commitment to ensuring that rugby provides an inclusive and welcoming environment for all across every level of the game.

“We are delighted to join forces with Stonewall, Premiership Rugby and the RPA on Rainbow Laces and to raise awareness for the inclusive nature of the sport and ensure the LGBT community feel supported whether they are players, coaches, referees, volunteers or spectators.”

The Rugby Players’ Association (RPA) has provided their backing to the new commitment and will be encouraging its 700 members to show their support for Rainbow Laces.

“We’re immensely proud to be supporting the Rainbow Laces campaign, and working in collaboration with Premiership Rugby, the RFU and Stonewall to encourage players, clubs and fans alike to make our game an open and welcoming environment for all.

“Our members recognise the positive influence rugby has had on their lives, and through this important campaign they have an opportunity to give back to the game, and stand together to promote LGBT inclusion within our sport. We look forward to seeing RPA members showing their support for this fantastic initiative.”

“It’s crucial for organisations like Premiership Rugby and England Rugby to show leadership and become active members of the Rainbow Laces movement. Many LGBT people want to take part in sport, as either players or fans, and to do this, they need really clear signals that they are welcome.

“Our campaign is about encouraging people, and organisations like Premiership Rugby and England Rugby, to come out for LGBT people and show their support. Together we can help create sports fields where all fans, players, coaches, officials and volunteers feel able to be themselves and where sport truly is everyone’s game.”

More information on both Premiership Rugby and England Rugby’s work in this area including Rainbow Laces will be announced in due course.