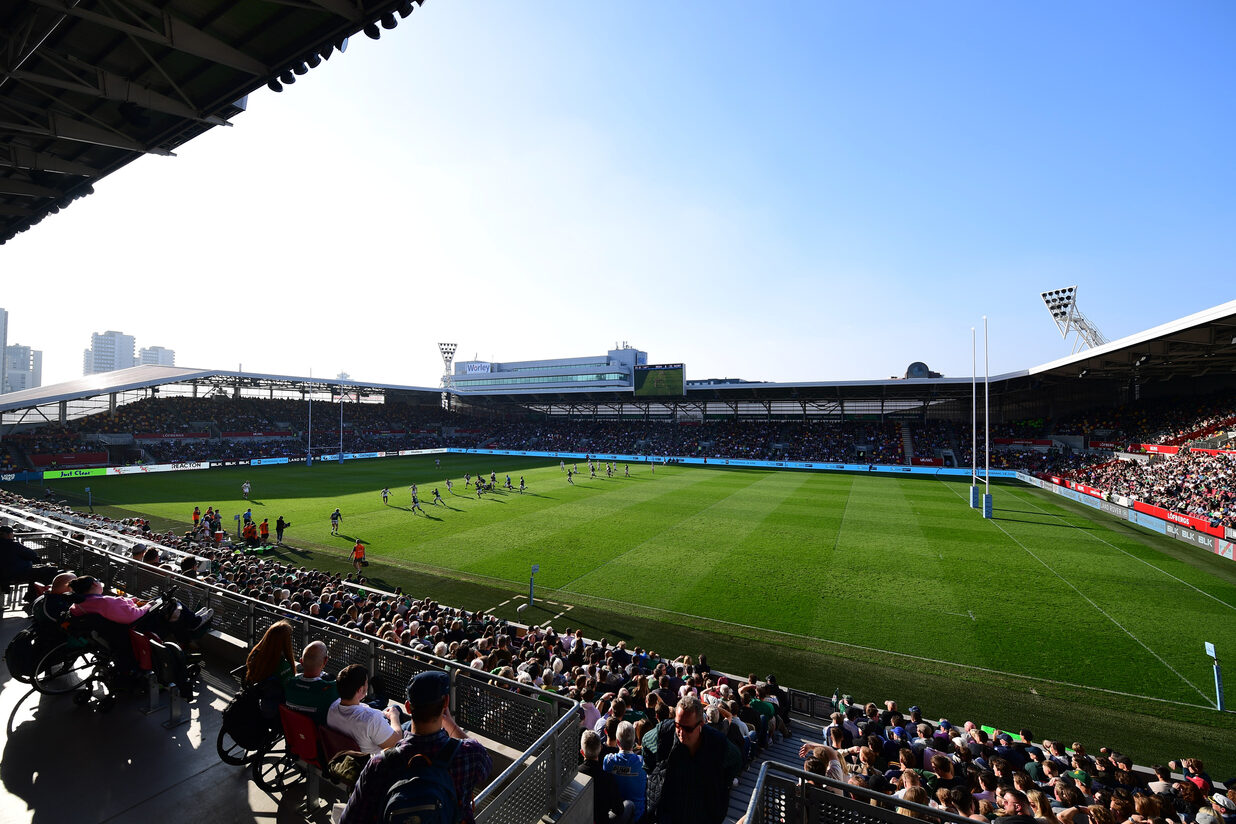 London Irish will host Leicester Tigers at the Brentford Community Stadium in the first of the Premiership Rugby Cup semi-finals on Tuesday 26 April (kick-off 7.45pm). The fixture will be shown live on BT Sport 1.

The second semi-final – Gloucester Rugby v Worcester Warriors – will be played 24 hours later on Wednesday 27 April (kick-off 7.45pm). If Gloucester win their semi-final they will also stage the Final on Tuesday 17 May. Should Gloucester Rugby lose to the Warriors, the final will be hosted by the next highest seed left in the competition i.e. the winners of London Irish v Leicester Tigers.

Tickets for the clash will go on sale to Season Ticket holders and Members later today, before going on general sale on Wednesday 6 April.

Season Ticket holders will automatically be issued a complimentary ticket for the fixture in their usual seat, in lieu of the cancelled Bath game in January.