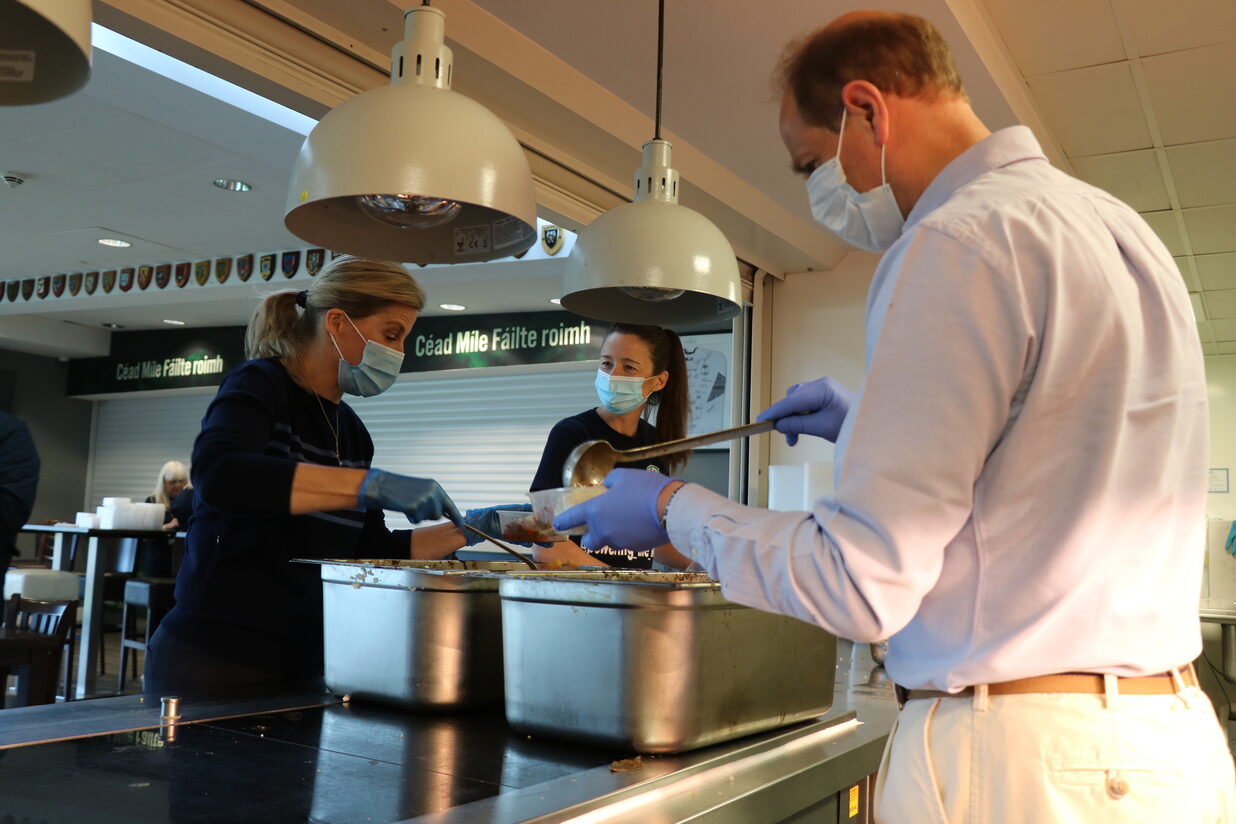 Members of the #PoweringTheNHS volunteer initiative welcomed HRH Prince Edward, Earl of Wessex, and his wife Sophie, Countess of Wessex, to Hazelwood, the home of London Irish earlier today as they volunteered their time to support with the preparation and delivery of meals to NHS Hospitals (Thursday 11 June).

The Earl and Countess joined volunteers from London Irish, Powerday and Hazelwood in a milestone moment as the total number of meals prepared and then delivered to NHS Hospitals reached the magical number of 50,000. 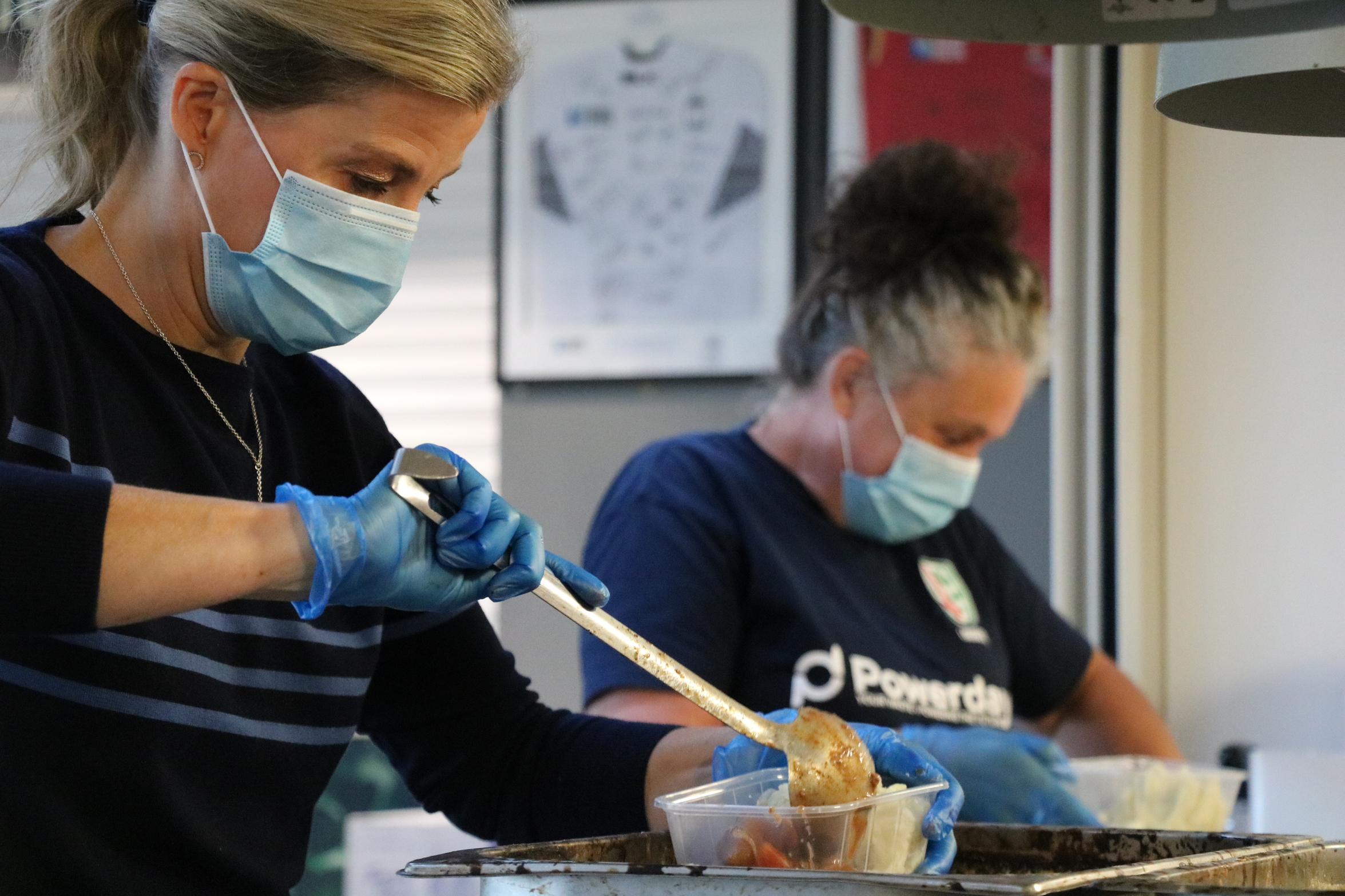 Their Royal Highnesses were at Hazelwood helping with the labelling of food boxes and the preparation of the meals ready for delivery and distribution to the many hospitals and palliative care homes the #PoweringTheNHS team have worked with during the pandemic. The Earl and Countess then personally delivered to Frimley Park Hospital meals that included the 50,000th of the campaign.

Dozens of individuals have volunteered their time over the last 11 weeks in a truly collaborative effort to play their small part in supporting the NHS. 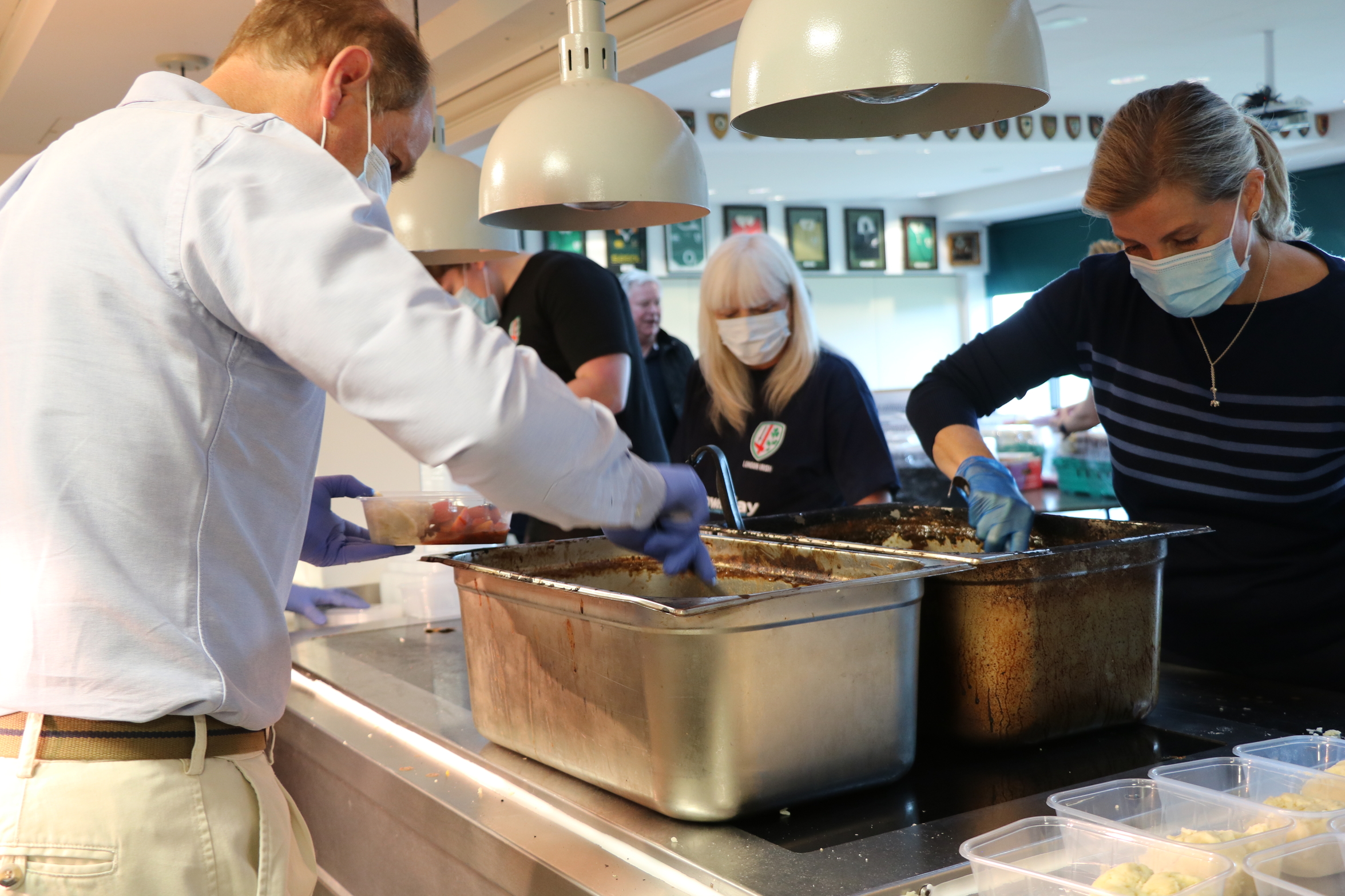 London Irish President and Owner, Mick Crossan has spoken of his immense pride of the great work that has been carried out by the #PoweringTheNHS team and is immensely proud that it has been recognised today.

“We were absolutely honoured to welcome The Earl and Countess of Wessex to volunteer at our Hazelwood home earlier today” said Crossan.

“What stemmed from an ambitious concept by my son Edward has grown into an amazing initiative. We have delivered 50,000 meals to the hospitals over the last three months and have seen an incredible amount of commitment from all our volunteers; it was a great privilege for them to share this moment with The Earl and Countess this morning." 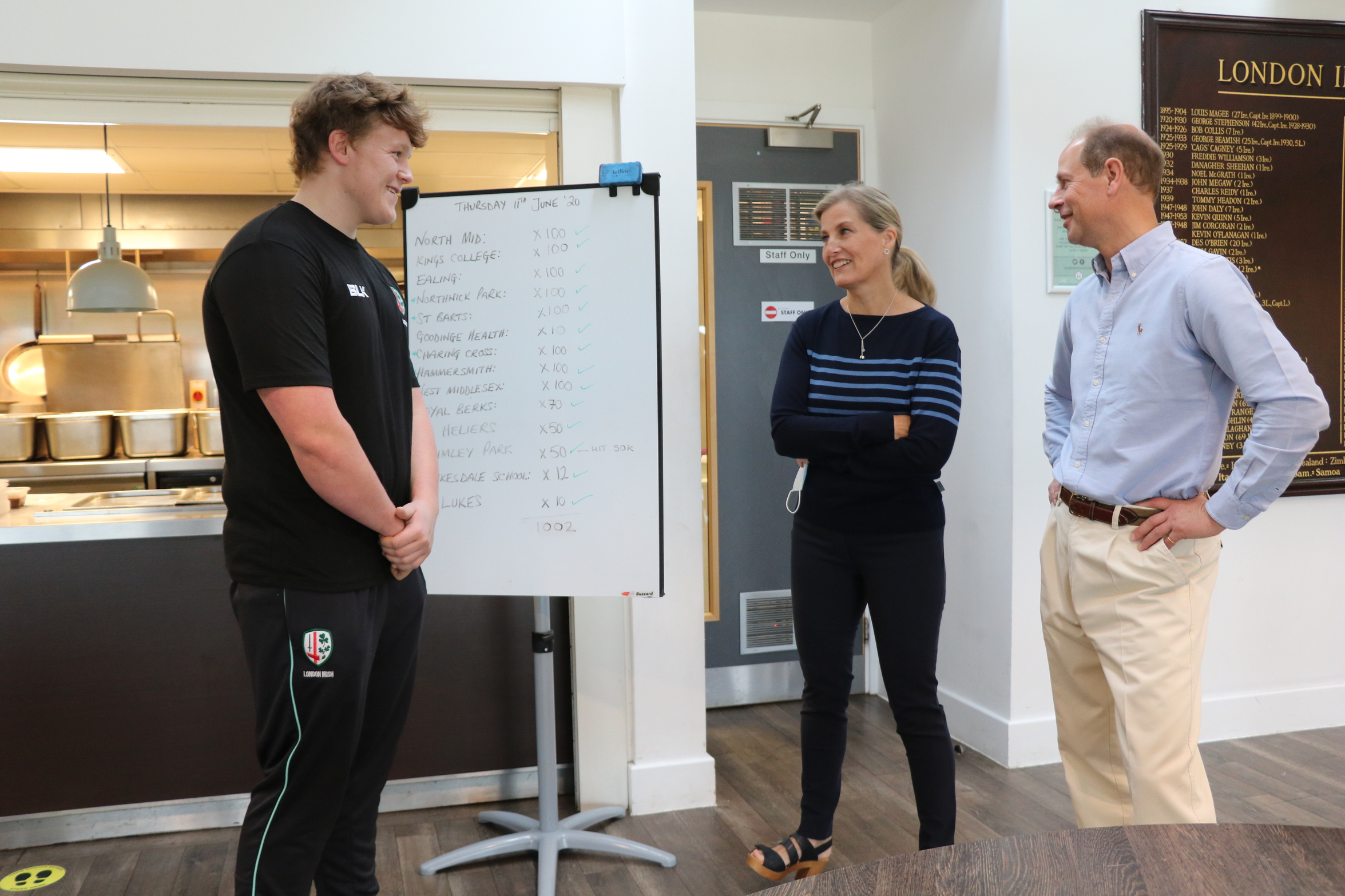 The morning also offered an extra special moment for volunteer Oisin Kearney who spoke to The Earl and Countess about undertaking his Duke of Edinburgh Gold Award. 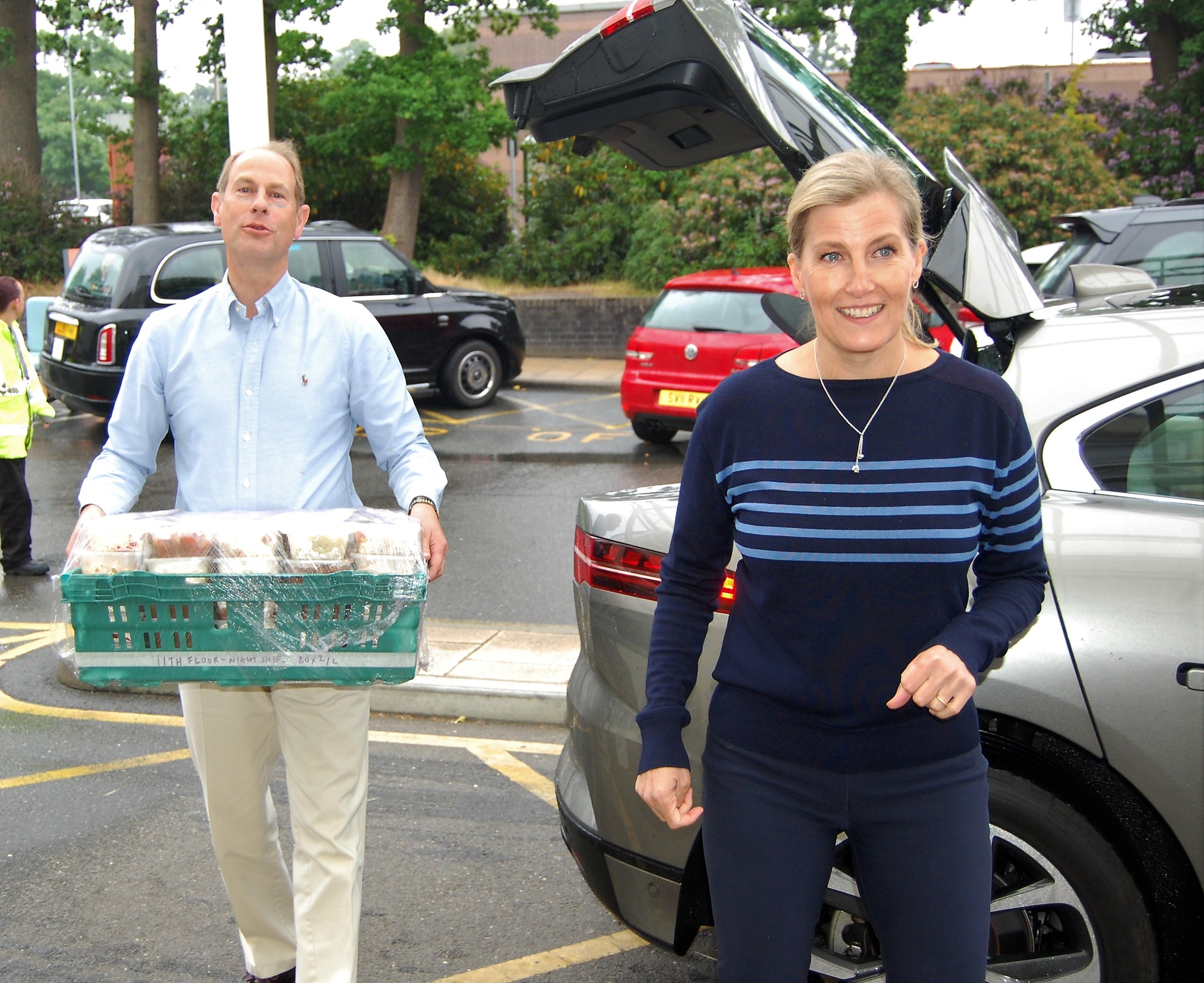