We are now eight weeks into the #PoweringTheNHS campaign and following the delivery of another 5,000 meals this week, the overall total of meal deliveries is just under 37,000 to hospitals and care homes across London and the Thames Valley.

Paula Timpson would usually be working as a club physiotherapist but has used the time away from her usual role to support the initiative, having initially become involved through delivering the meals to hospitals.

“I saw the appreciation from the hospitals for what we were doing and began to get more involved working in the kitchen, chopping vegetables mainly.”

“The visits are quite nice because you get to know the people that meet you to pick up the food. Seeing how much it is appreciated by all the staff when having conversations makes it all worthwhile. Being able to give something back is great, whilst before I was feeling quite helpless. For so many people from the club to be involved I think that is a testament to what the people are like at this club.

“The best bit is waking up in the morning knowing that you are going to do something positive and useful that we wouldn’t normally do.”

Jodi Clarke had a long affiliation with the club working as a physiotherapist for nine seasons before going on to work at the RFU with the England men’s team.

“It has been really nice getting involved. When I heard that they were looking for volunteers to help in the kitchen, I was more than happy to come in and work in the team alongside people like Paula chopping vegetables and helping out with whatever needs to be done.”

Similarly to Paula, Jodi has helped out in the kitchen whilst also delivering to hospitals including Hammersmith, Charing Cross, Royal Berkshire and Frimley Park. It is that feeling of helping those that really need the support that really motivated her to support.

“The NHS staff are working so hard it is the least we can do. Chopping up a bag of onions is nothing compared to those on the front line, so it’s definitely that feeling of purpose in that you are giving something back to people who are working so hard.”

Talking of hard work, I ask what vegetables are the most difficult to peel, chop and best to avoid.

Paula laughs and responds, “I tend to avoid any root vegetables. Swedes and parsnips are challenging. We like peppers and aubergines, they are the easier ones.” 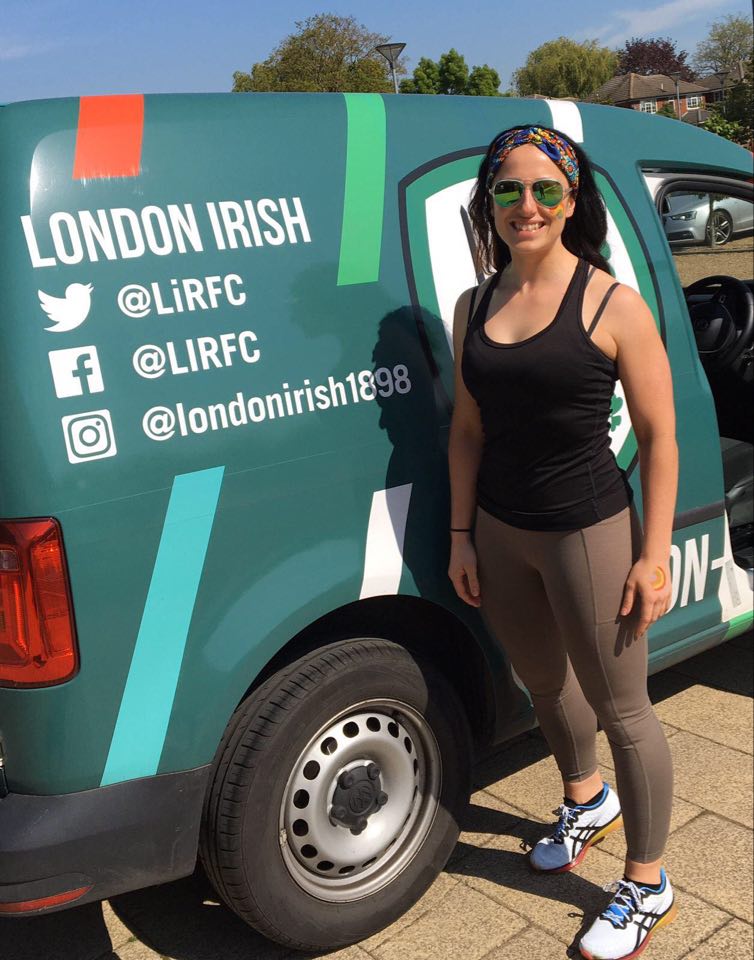 “I help deliver food parcels to vulnerable residents, particularly those that cannot get out. I’ve been going back to the same people so it is nice to build up a bit of a relationship with them.

“There is a couple in their 90s just up the road and I talk to them about rugby, they are supporters of the club.