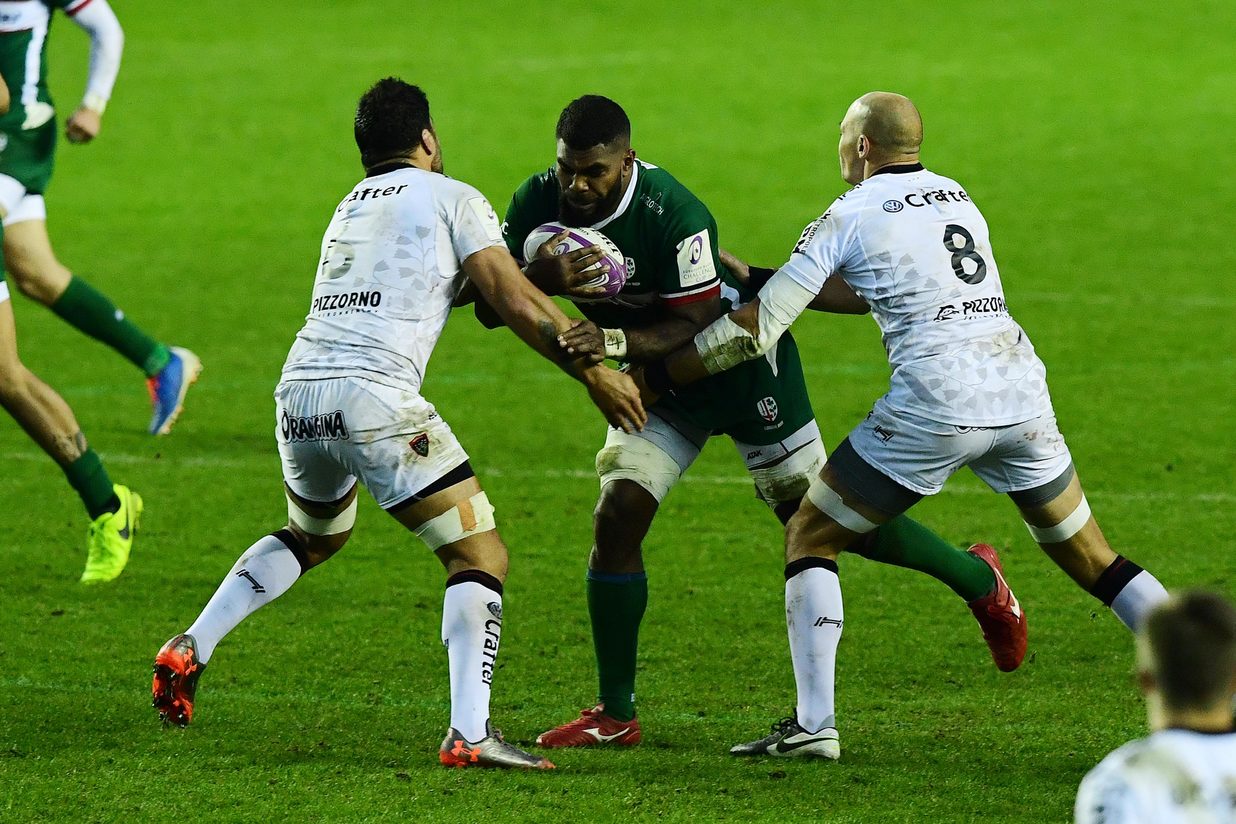 London Irish lost out 20-26 against Toulon at the Madejski Stadium in the European Challenge Cup this afternoon.

Tries from Albert Tuisue and Barney Maddison and 10 points off the boot of Paddy Jackson weren’t quite enough to reverse the result from last weekend.

The French side, full of internationals, managed the game well with Baptiste Serin and Anthony Belleau proving crucial in their victory.

Paddy Jackson booted the Exiles into an early lead before Anthony Belleau put the visitors in front with two penalty goals of his own.

Albert Tuisue powered his way over for the first try of the afternoon, picking up from the base of the scrum five metres out to drive over the line. Captain Ruan Botha had earlier charged down an attempted box kick to win is side the five-metre scrum. Jackson kicked the conversion to put Irish back in front at 10-6.

The Top 14 side crossed for their first try of the afternoon just before half-time. Ruan Botha was sent to the sin bin and they made the one-man advantage count with another seven pointer. Baptiste Serin’s cross field kick was collected by winger Masivesi Dakuwaqa who scored in the corner. Belleau’s conversion made it 10-19 at the break.

London Irish started the second half with 13 men, Terrence Hepetema joining Botha in the sin bin just before half-time, however Paddy Jackson kicked his second penalty two minutes into the second half to reduce the deficit to just six points, 13-19.

The following minutes were fiercely physical and equally competitive with neither side giving an inch with just over 20 minutes remaining.

A piece of individual brilliance from Baptiste Serin saw the French side extend their lead just as the game entered its final quarter. The scrum-half snipped from the base of the ruck and beat two defenders to score next to the posts. Louis Carbonel added the extras to give Toulon control at 13-26.

Barney Maddison, on as a replacement, ran in a powerful try with two minutes remaining, but it was enough as Toulon held on for a 20-26 win.