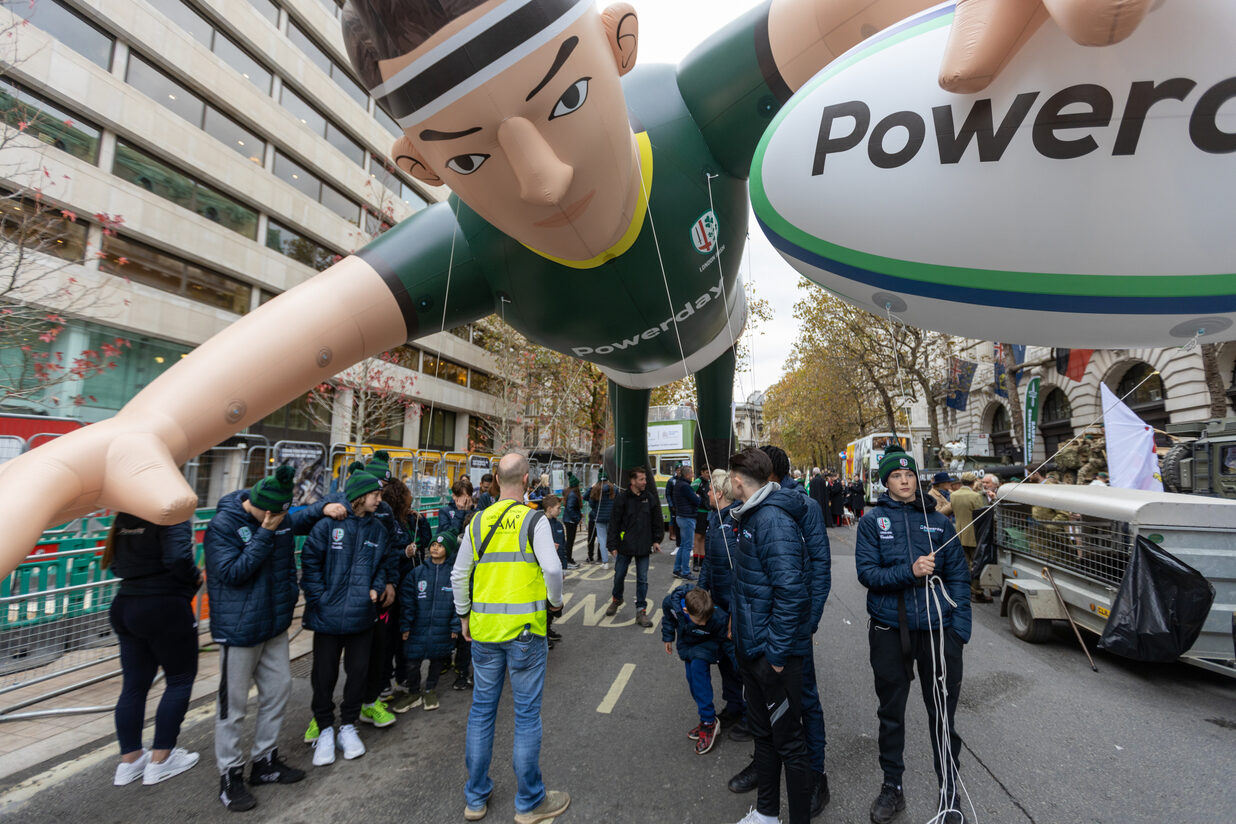 Powerday and London Irish’s float wowed the crowds at the Lord Mayor’s Parade at the weekend with a giant inflatable rugby player and ball following a Powerday skip lorry through the streets of the Capital.

The annual City of London event saw crowds line the streets on Saturday (13th November) as over 100 military bands, corporate floats and hundreds of horses accompanied the Lord Mayor’s coach from Mansion House to the Royal Courts of Justice. The Lord Mayor’s Show has run for over 800 years; as well as the three-mile long procession through the City was a festival including funfairs, food stalls, art exhibitions and live entertainment.

Mick Crossan, Chairman, Powerday says: “Supporting our local community is core to who we are at Powerday and this was a great opportunity to showcase that, and to team up with London Irish to promote the great work of both Powerday Foundation and London Irish Foundation.  I’d like to thank everyone who helped make our float such a success - particularly the volunteers supporting our inflatable and our skip lorry drivers, Laidislav and Adilson, without whom our float would not have been possible.“

Shannon Courtenay, British professional boxer and ambassador for Powerday Foundation says: “I’m proud to be an ambassador for the Powerday Foundation and to have been part of the team on the float Saturday.  We had an amazing day, the crowds and the atmosphere were fantastic. It was an ideal way to demonstrate the great work we do for young people through boxing, as well as rugby and other sports.”

Joseph Pegg, Foundation Manager, London Irish Foundation says: “It was a fantastic opportunity for the London Irish Foundation to support Powerday in the Lord Mayor’s Parade. We were able to bring along some of our service users who walked alongside the float and had a great time. To walk through London and see so many happy faces was a wonderful experience for all.”

Powerday Foundation brings together all Powerday’s charity work and has helped us deliver over £18million of social value in the last two years alone, through work with London Irish, London Boxing and other partnerships. Powerday has sponsored London Irish Academy for over a decade, and in 2014 Mick Crossan, who owns Powerday, and a consortium acquired London Irish cementing the relationship between the two organisations.