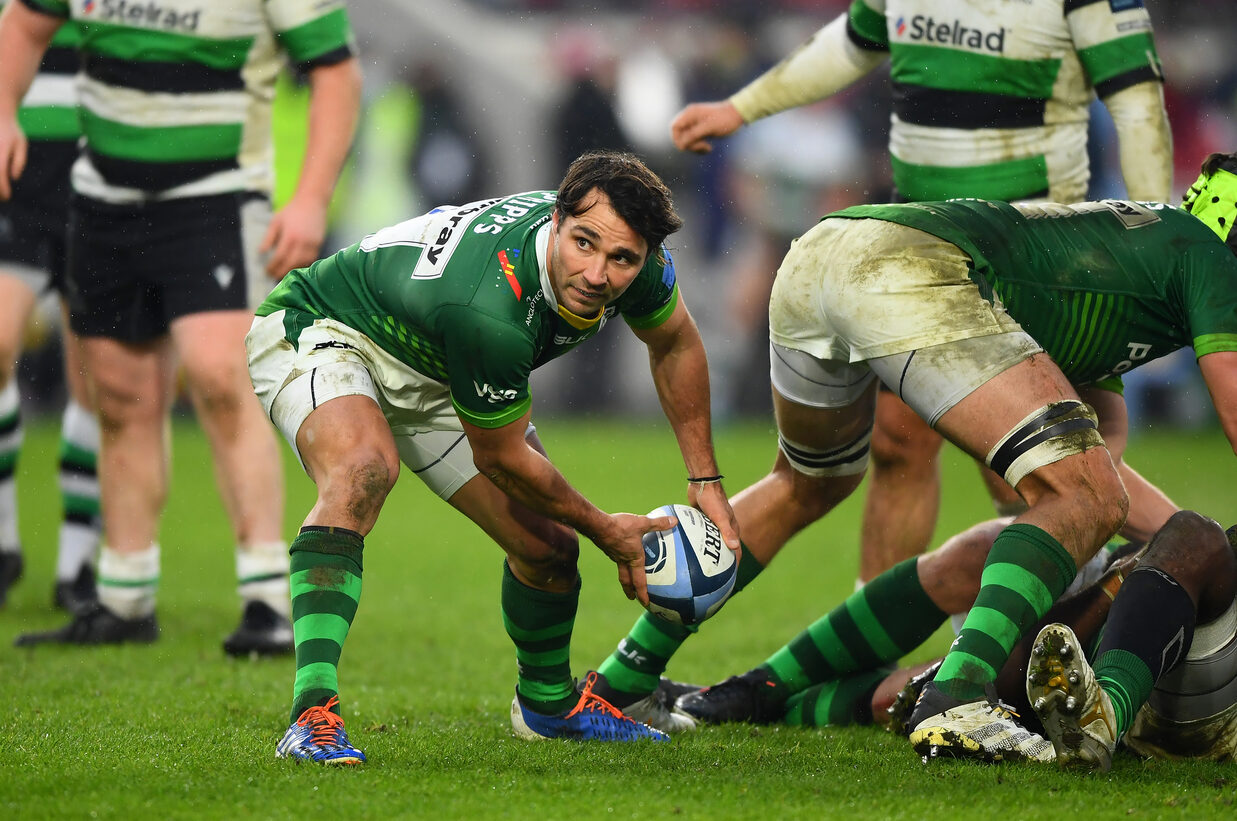 Nick Phipps believes Irish's 'mini pre-season' over the last few weeks provided them with a perfect stepping stone to put Newcastle Falcons to the sword on Sunday afternoon.

With the last two European weekends cancelled owing to COVID-19, Irish went to work on the training ground at Hazelwood, for what Phipps described as a 'pretty intense' period.

The early reward for all their hard work arrived in the shape of a bonus-point victory over in-form Newcastle on Sunday, to the delight of the Irish scrum-half.

"They're a gritty team, they keep fighting, but I thought we stood up to them well.

"We kept our cool during that 15 minute block when we were under pressure - and to then go on and finish the game strongly, securing the bonus point, is all credit to the boys."

He added: "We felt in control for long spells.

"We tried to hold on to the ball and move them around - but maybe we should have made more of the opportunities that came our way.

"Defensively, I thought we really stood up to them. That was really pleasing."

Reflecting on the last fortnight, Phipps added: "We had a pretty intense few weeks of training prior to the game, almost like a mini pre-season.

"We put a lot of metres in the legs, a lot of hard work in the gym, and off the field, we really stripped it all back in making sure we went back to our basics in terms of how we want to play and our values.

"It was a great opportunity for some of the new players, those guys who have been injured, those who have missed time on the training pitch owing to COVID, to all come together and make sure we're on the same page.

"The desire and talent is there in this team - the last few weeks gave us a good stepping stone."