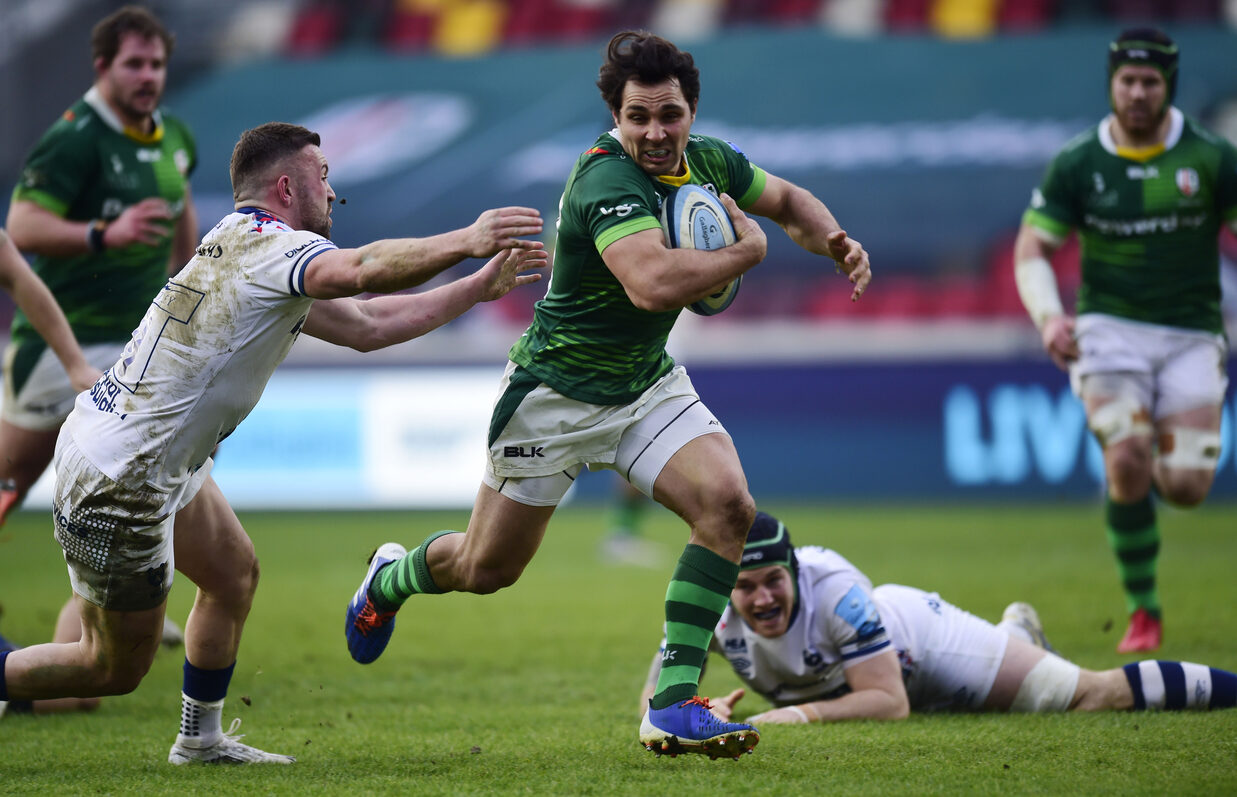 Entering the fray as a 55th minute replacement against Bristol Bears, with Irish trailing 34-13, Phipps came off the bench to devastating effect, inspiring the Exiles to an incredible comeback at the Brentford Community Stadium.

The Australian fly-half, who was named as BT Sport’s Man-of-the-Match for his 25 minute cameo, was a constant attacking threat throughout, scoring a try of his own and providing the quick-ball Irish needed to snatch a draw from the jaws of defeat!

Speaking in the wake of the Exiles’ comeback, Phipps said: “I think if you look at the game and some of the situations we found ourselves in, especially in the first half, we’ve got to be happy with the final outcome.

“We gift-wrapped them too many easy scores in that first half and against a team of their quality, they can really put you on the back foot if you give them the opportunities.

“But it was great to see the spirit of the boys shine through in that second half, to get a result our overall performance probably deserved.

“There were some words said at half-time and the boys reacted really positively after the break.”

As comebacks go, it really was a joy to behold - and whilst it might have come as a surprise to many, Phipps himself wasn’t too surprised to see Irish salvage a share of the spoils.

“This group never knows when it’s beaten, as we proved on Sunday and at Quins earlier in the season” he said.

“The guts and spirit we showed says a lot about this group of players. We’ve got such a great desire here to do well.

“We know what we’re capable of and we also know what’s still to come from this group of players - and that’s what’s really exciting about being part of this club right now.”