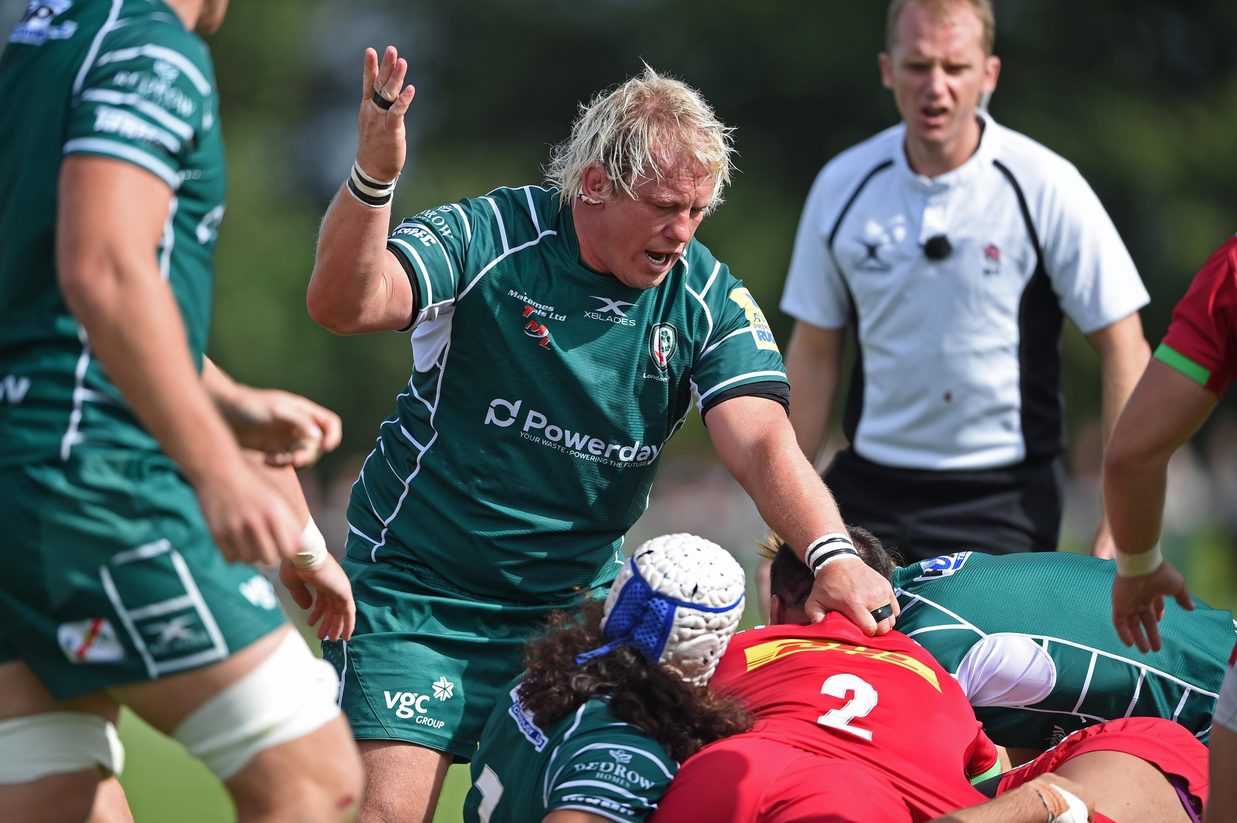 Petrus Du Plessis has issued a rallying cry to London Irish supporters ahead of this Sunday’s Aviva Premiership clash against Exeter Chiefs at the Madejski Stadium (kick-off 3pm).

The Exiles lock horns with the reigning Aviva Premiership champions on the back of Saturday’s impressive 35-5 bonus point victory over Harlequins, a result that has given Declan Kidney’s men a fighting chance of survival.

An experienced member of the Exiles’ front-row having won the European Rugby Champions Cup on two occasions as well as being a three-time Aviva Premiership champion, the colourful prop encouraged supporters to wear their colours with pride at this weekend’s game.

“The support that we received during Saturday’s win at Harlequins was tremendous and it gave us a massive boost,” said du Plessis.

“Sunday’s game against Exeter promises to be a real physical encounter and we’ll need our supporters singing loud and proud as they have done throughout this season.

“We need all the support we can get and we’re all looking forward to getting out on the pitch again.”