Pearson loving life with the Exiles 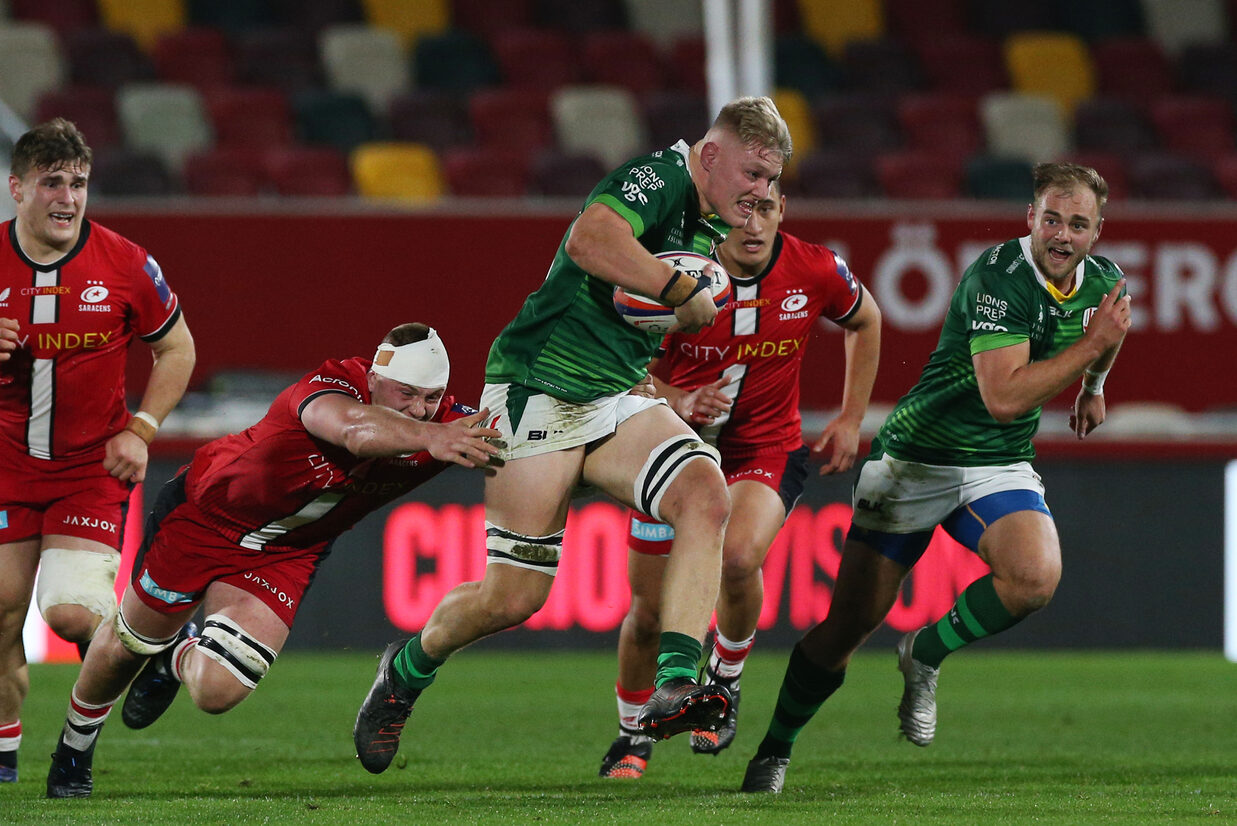 Tom Pearson is loving life at London Irish - and is determined to make sure that feeling continues over the coming weeks, months and years!

Pearson - who only arrived at the Club this summer from Cardiff Met University - produced a man-of-the-match performance against Saracens in the Premiership Rugby Cup on Friday night, building on his impressive debut in the league against Exeter Chiefs last month.

“I’m just a young player trying to go hard every week to keep my place in the squad.

“I’m loving every minute - and long may it continue.”

Pearson played a starring role on Friday at the Brentford Community Stadium, and was deservedly named man-of-the-match by the BT Sport pundits, as Irish - who led 21-0 at half-time - made it two wins from two in the Cup thanks to a 29-20 victory.

“It was such a great feeling to have a Friday night game under the lights at Brentford,” said Pearson.

“We could really feel the noise from the stands - and the light show before really helped build that positive atmosphere.”

In a game of contrasting halves, Irish showed all their qualities in a one-sided first period, before Sarries came back after the break.

Pearson believes the Exiles showed both sides of their game across the 80 minutes.

“Defensively we were really solid in that first half - our double-tackles really stopped Saracens from playing in those areas where they can really hurt you,” he reflected.

“We were really well disciplined too in that opening 40, which allowed us to be positive and play some really good, attacking rugby.

“We scored some nice tries, which gave us a decent advantage at the break.”

He added: “We wanted more of the same in the second half, but against Saracens - no matter who is in their line-up - you know they’re going to come on strong at some point.

“We made it a bit hard for ourselves in parts in that second half, but we stuck it out and got over the line.

“We were in a similar position at Northampton and came away with the win, so we knew we just had to stick to our process and back ourselves to see it out, and thankfully we did and got the victory.”