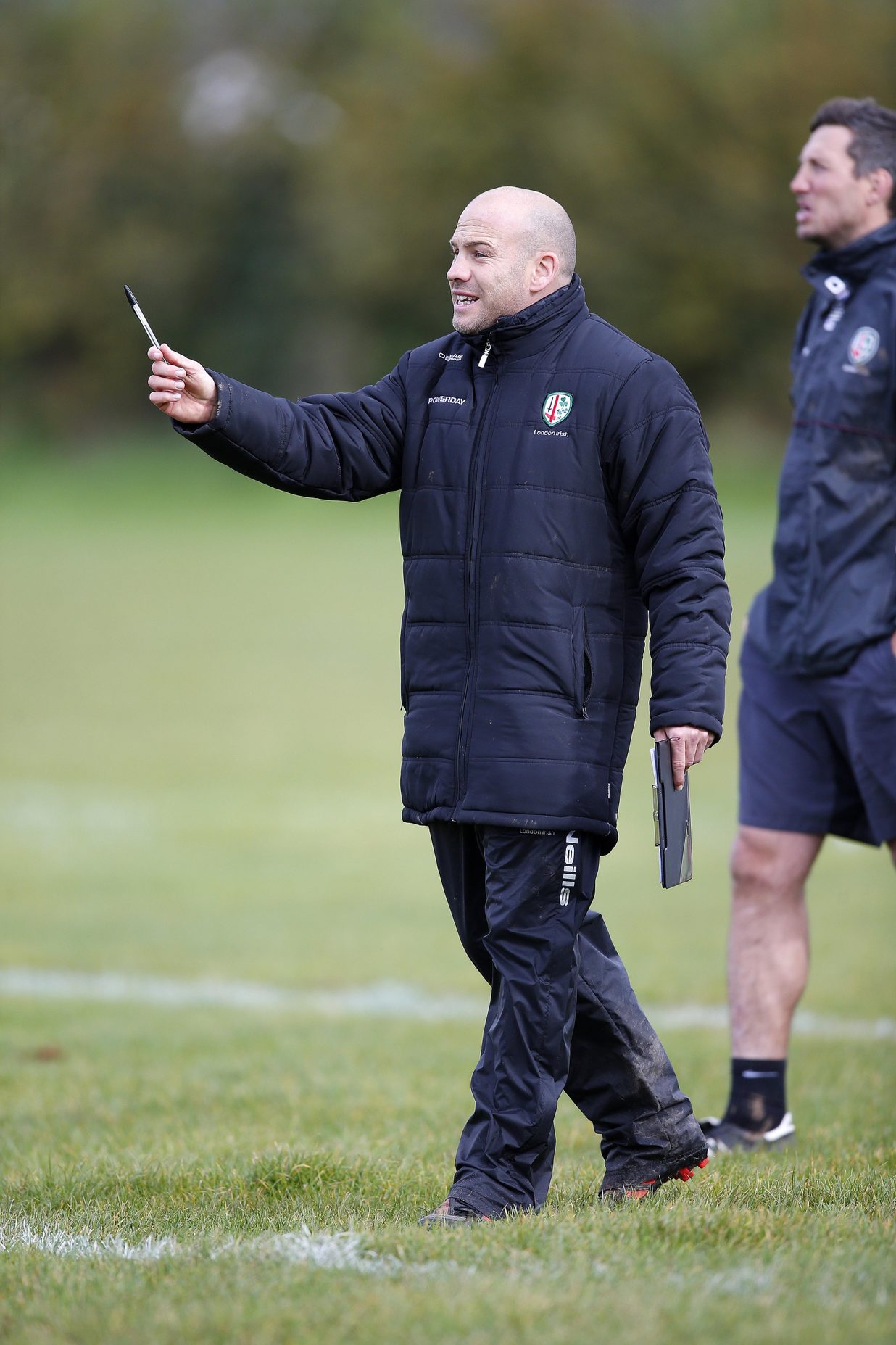 After a stellar league campaign that has seen London Irish under 18s win all six of their league games, they have earned the right to play in the Academy League Final against Gloucester on Monday 15th February at Allianz Park (kick-off 4 30pm).

Paul Hodgson, Declan Danaher and Nick Kennedy have been working relentlessly with the squad since July 2015 with the goal of playing attractive rugby.

Wins against Exeter, Wasps, Harlequins, Bath, Bristol and Saracens ensured the young Exiles a place in the final.  Under 18 Head Coach, Paul Hodgson says: “We spoke about goals for the season back in July and Finals Day was where we wanted to get to. We won three out of six games last year in our first year as coaches and it wasn’t enough to make it to Finals Day. Having gone to the Finals Day last year Nick, Dec and I were all eager to ensure we were a part of it this year. We feel very fortunate to have achieved that and are now looking ahead to playing Gloucester on Monday.”

The campaign started last summer, 40 players assembled at Hazelwood to prepare for the season ahead and they were all put through their paces by the Academy coaching trio.

We had a fantastic pre-season campaign, racking up a lot of hours each week across July and August. Pre-season finished with a game against Saracens, a game we knew would be tough as they were the reigning under 18s Champions. We managed to win that game, but knew that we had a lot of work to do.”

Irish’s first game was against Exeter at Topsham RFC, not an easy place the open their season, but they made light work of their Devonshire opponents.

“It was a long journey, we travelled up on the day and we got the win, scoring five tries to zero which was very pleasing. We played the other five games across December and January and managed to win all of those to ensure we finished the league six from six and top of the Southern Pool.

“Our performances have improved in every match we have played which is testament to the work the players have put in at training. It has been really good experience, the boys have worked tirelessly, although we only train the once a week, we try to individually develop the boys away from the Club. Nick, Dec and I are always reviewing their school games and working as hard as we can, even though our contact time with players is quite limited.”

Winning is important, but player improvements and development is vital, both individually and as a team. This is something the coaches have worked hard on and have been extremely impressed by the outcomes.

“We have some fundamentals in the way we want to play and those stay consistent through all the games, so what we are trying to do is add and develop our game, per game. We will generally concentrate on two things and generally we have seen those two things improve in each game and also be retained for our following game.

“Our approach is to coach game based training sessions, which essentially means we coach through games. Small sided games with break out skill groups. The pleasing thing is the standard of rugby we have seen every time they have played has been of a higher standard, especially around decision making under pressure. We have talked about it and worked on it a lot and it has shown in the tries we have scored.  The boys have shown how much they have improved in that area.”

As with all teams, the under 18s have had to contend with their fair share of injuries, however this has also provided opportunities for other members of the squad to prove themselves.

“We have some areas in the squad of real strength and it has made selection very tough. Players that have come in for those that have been injured, have performed well and it has made picking the side difficult each time we have had a game. It means selecting a team for the final is going to be tough as well.”

Irish’s opponents in the final, Gloucester, have also had an exceptional campaign so far, winning the northern league and Hodgson is under no illusions of the task facing his side on Monday.

“They are a formidable team and run a professional programme down there. We know we are in for a big challenge. They have dominated the Northern League and have some very strong players, we are under no illusions around how tough it is going to be. It is a huge achievement for us to get to the final and we will take the same attitude into this game that we have taken into every game we have played this season.”