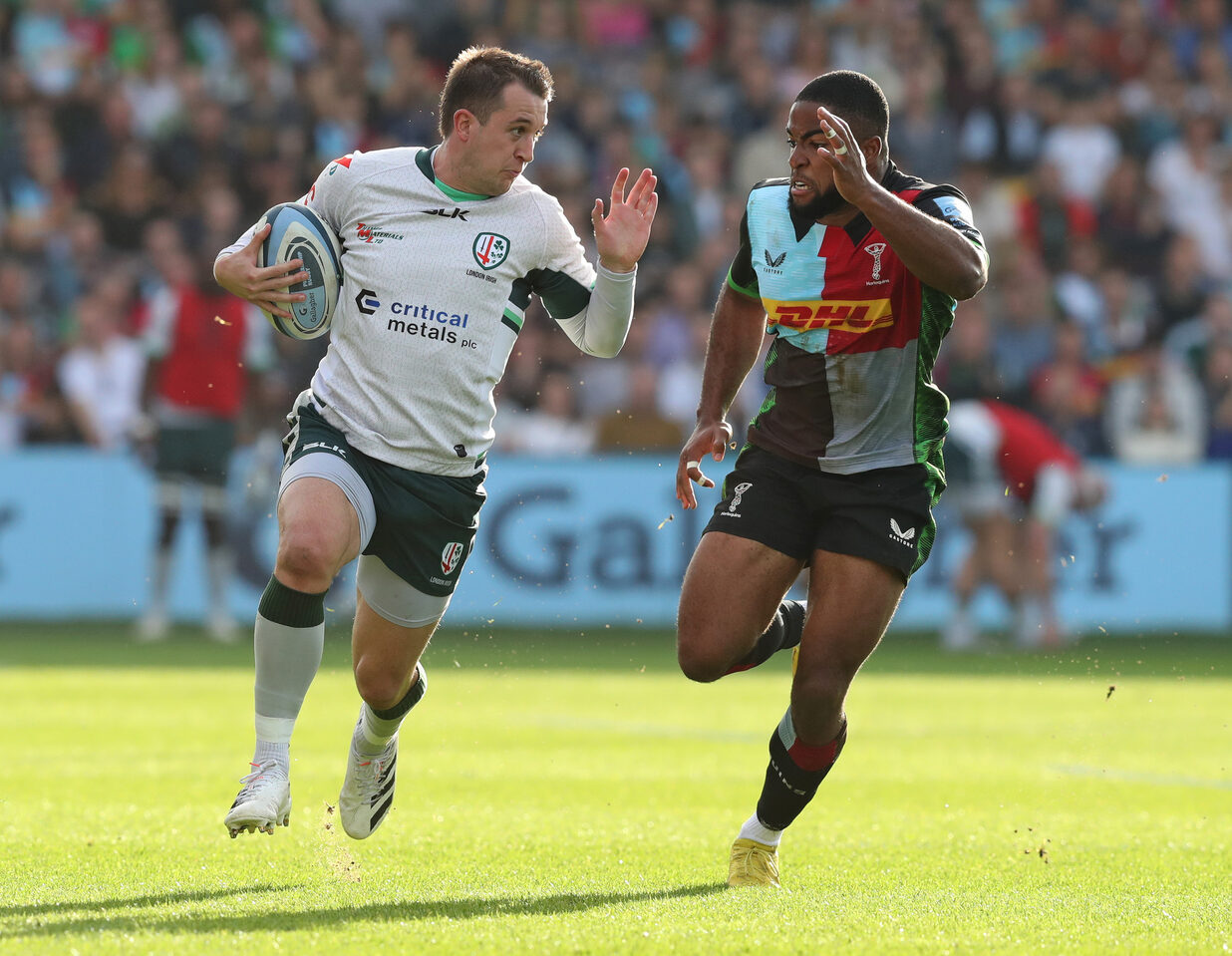 London Irish can confirm the departure of full-back Tom Parton to Gallagher Premiership Club Saracens upon conclusion of the 2022/23 season.

To date, Parton has made 71 appearances for London Irish and contributed 19 tries, being part of the side that achieved promotion from the Championship in the 2018/19 season.

The 24-year-old made his Club debut aged 18 in the British and Irish Cup against an Ospreys select side in the 2016/17 season, going on to play five more times in the tournament that year.

London Irish Director of Rugby Declan Kidney recognised the contributions of Parton from his time in the Academy to making over half a century of appearances for his boyhood Club.

He said: “Tom has been a magnificent servant to London Irish in recent years and has been integral to helping the Club reach new heights, as well being a fantastic mentor on the training ground at Hazelwood.

“I speak on behalf of the team when I say Tom leaving will be a loss for us, but I look forward to continuing our work with him for the rest of the season and I have every confidence that current members of our squad can step up when he leaves us at the end of the season.”

Tom Parton thanked the members of staff and players at London Irish for his time in west London ahead his departure across the capital.

“It has been an honour and privilege to have represented this historic and traditional rugby club,” said Parton.

“Having been here from the age of 13 London Irish is all I have known, it has helped guide, mould, and shape me into the man that I am today, however the time has come for me to experience a change and embrace a new and exciting opportunity.

“To the coaches, physios, and background staff at the club, thank you for all of your tireless work. Through all the ups and downs that this sport throws at us you have always supported me.

“A massive thanks must also go to my teammates; the brotherhood and family ethos of the club is what makes it so special. Having experienced that for 10 years with a core group of young academy players coming through alongside me has been the best thing about this journey. They say, ‘winning is great, but winning with your best mates is something else’ and it has been a pleasure to have shared so many great memories with you.

“And finally, to the London Irish supporters, without your tireless support, none of this would even be possible. The constant noise and passion that you have brought is something that has blown me away from my first day here, and I know that there is still much more to cheer about on the club’s journey.

“There is plenty of the season left and I look forward to giving my all to help the team achieve everything I know it’s capable of. London Irish will always be a special club to me so thank you all for making a childhood dream of mine come true.

“Thanks for the great craic.”