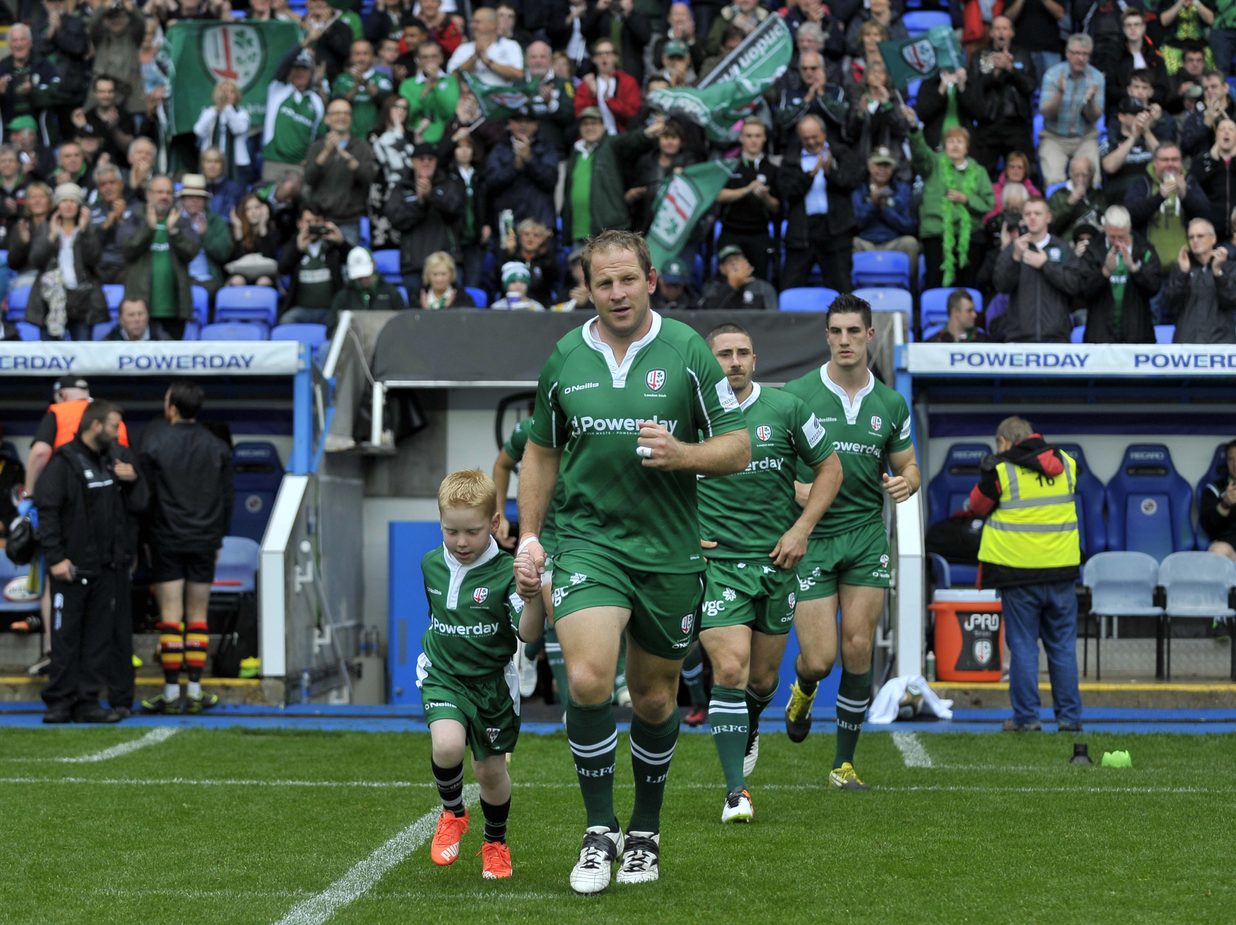 The one-club man of 13 years, who put-pen-to-paper on a two-year contract extension yesterday, has enjoyed a stellar career in the famous green jersey. A Heineken Cup semi-final in 2008, coupled with playing a key role in the Exiles’ run to the 2009 Premiership final, Paice’s impressive rugby CV has yielded eight England caps in the process.

Holding his two little girls, Paice will lead out a side that has three changes from last week’s 29-7 bonus-point win at Nottingham Rugby.

Loose-head prop Danny Hobbs-Awoyemi is ruled out with a shoulder injury and is replaced by Tom Court, while Scotland international Blair Cowan comes in for Max Northcote-Green at openside flanker. Canadian international Ciaran Hearn starts his first game of the campaign, replacing Tom Fowlie at outside centre, the only other change as Irish look to make it six wins out of six this term.

Exiles Director of Rugby Nick Kennedy is one of many people in the rugby world to pay tribute to Paice in the build-up to this weekend’s milestone.

He said: “David is a consummate professional, who has looked after himself throughout his career and he deserves all the credit coming his way for reaching 250 appearances.

“He’s the sort of player that you want by your side on the field of play – he has been a fantastic player both on and off the pitch and his experience will be invaluable to us this season.”

Irish have enjoyed a solid start to the season, winning all six of their first six league games, a sequence that Kennedy is keen to continue going into the British and Irish Cup which begins next week.

“We’ve started the season well, but that counts for nothing at the moment and we must continue to improve week on week,” said Kennedy.

“I was pleased with the way that we played during the win at Nottingham last week, but we know that there were still things that we needed to work on during this week and hopefully we can put on a good display for our supporters,” he added.