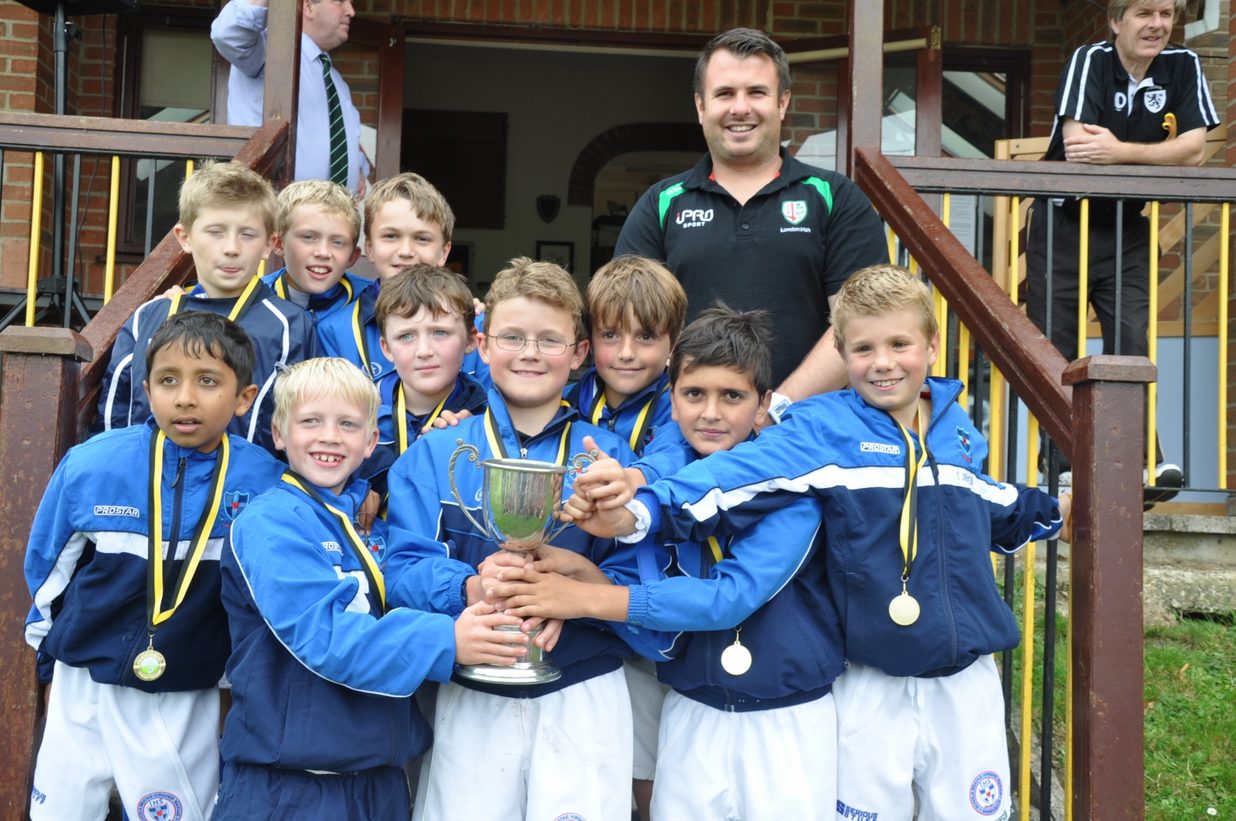 In glorious September sunshine 14 teams from prep schools across the Thames Valley and London assembled at The Oratory School, who were hosting their annual U10s rugby tournament.

Three competitions ran concurrently, giving all boys involved the maximum amount of playing time. All competitions were fiercely contested with the winners not decided until the final round.

Master in charge of rugby, Tom Hennessy, said “we have seen some exceptional rugby played here this afternoon. The skill level of the boys this year was very high”.

The trophies were presented by Mike Crump from the London Irish Academy, who supported the event. Overall Cardinal’s Cup Winners were Donhead, runners up Caldicott A.

Shield winners were St George’s Junior A team from Weybridge, runners up St John’s Beaumont and Bowl winners were Caldicott with runners up The Oratory Prep School B team.