Ollie reflects on a 'special day' back in town 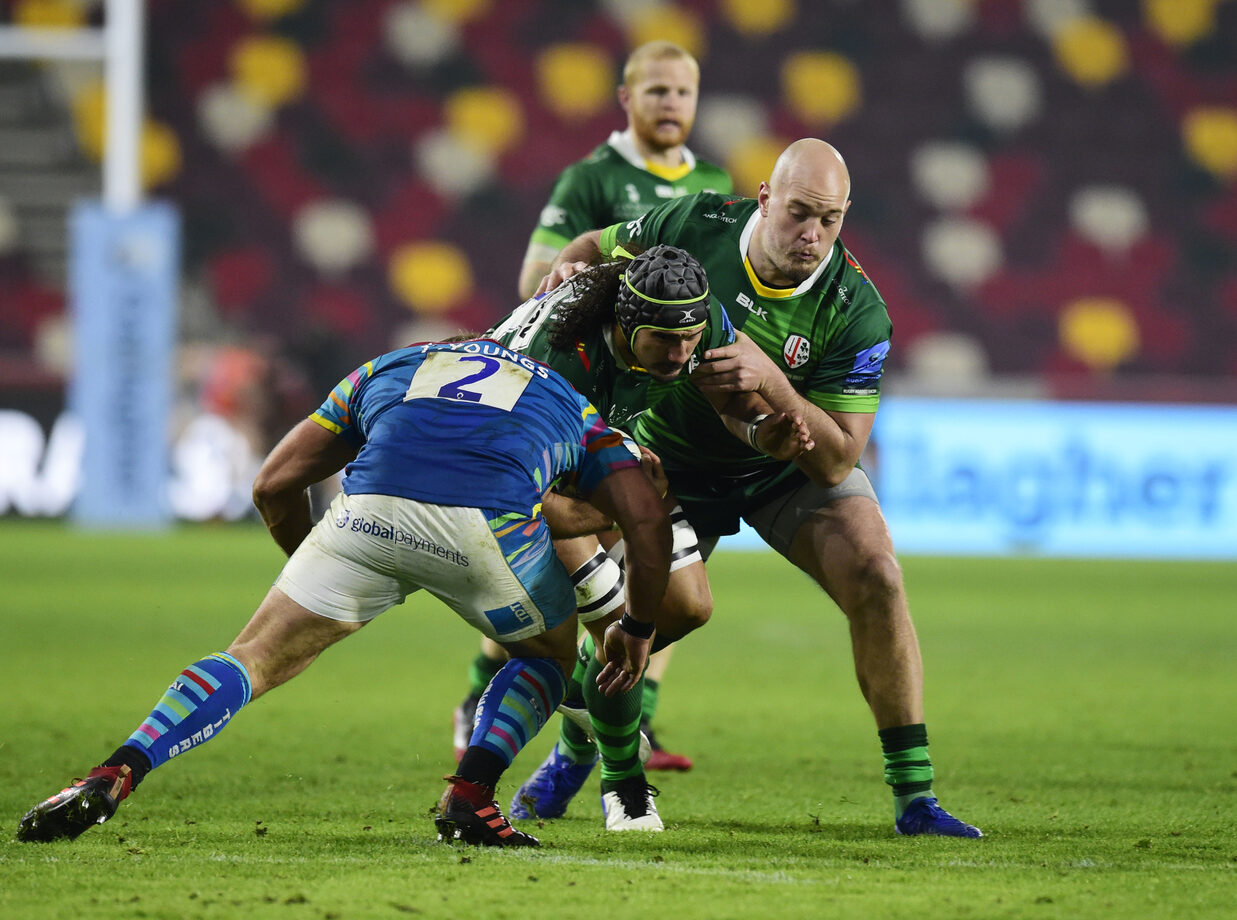 ‘An unbelievable feeling’ – the words of Ollie Hoskins following our opening fixture at the Brentford Community Stadium on Sunday.

Irish triumphed 22-9 against Leicester Tigers in the capital, thanks to a Curtis Rona try and 17 points from the boot of Paddy Jackson.

Reflecting on our first outing back in town, Hoskins said: “It was an unbelievable feeling to finally be out there and playing in our new stadium.

“It was a privilege to play in the game – a game that will be forever in the history books of this club.

“We spoke in the week about seizing the opportunity and digging deep, no matter how tough it got, and we did that.

“It wasn't pretty at times, but a win's a win, so we're really happy.”

He added: "We were pleased with how we played in the first half – the momentum was with us, we looked good, and scored a good try.

"We came in at half-time and spoke about taking it back to 0-0. We knew they would have a period of play, but we rode the wave well.

"They didn't cross our line – that's only one try conceded in two games now, and that's something we want to continue to build on.”

Despite no fans being in attendance on Sunday, Hoskins insists the stadium itself was ‘something special’ – and he can’t wait for supporters, albeit only 2,000 initially, to be in the stadium for the visit of Sale Sharks this weekend.

“The pitch was like a carpet, the stands felt like they were right on top of you too, so you couldn't ask for much more,” he said.

"When we get fans back in here, it's going to be something special, it really is.

"A lot of people have made sacrifices for the club during the pandemic, supporters have deferred their Season Tickets – it's remarkable really how they've stuck by us.

"So to see 2,000 of our fans at the stadium this coming Sunday will be really special – hopefully we can put on a show for them.”