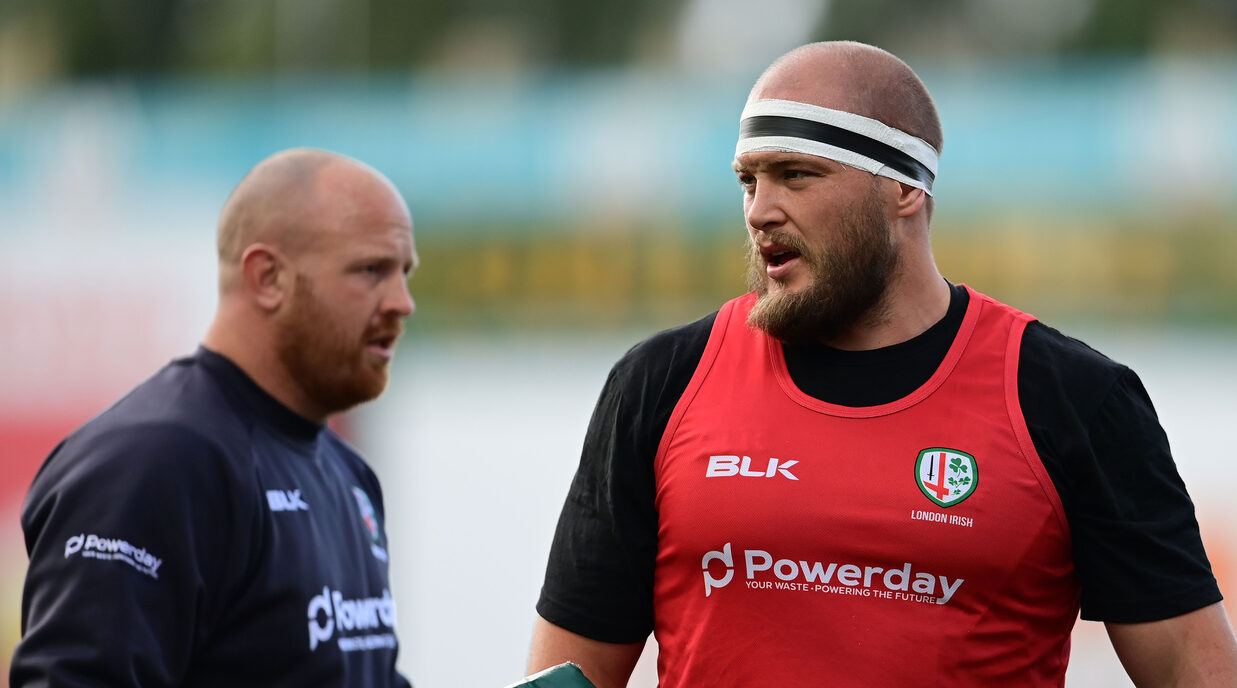 Declan Kidney has named the squad to take on Harlequins at The Stoop on Sunday in Round 6 of the Gallagher Premiership (kick-off 3pm).

Among the selected, prop Ollie Hoskins is set to make his 100th appearance for London Irish, having made his debut for the Club back in 2016.

Harry Elrington and Motu Matu’u accompany the Exiles’ centurion-elect Hoskins in the front row, with Steve Mafi and Andrei Mahu combining in the second row.

Matt Rogerson captains the side from blindside flanker and Blair Cowan is at openside flanker. Albert Tuisue completes the pack from number 8.

Ben Meehan and Paddy Jackson are the halfback duo, as Theo Brophy Clews links up with Curtis Rona in the centres.

Ollie Hassell-Collins and James Stokes are named on the wings and Tom Parton starts in the 15 jersey.

Australia international Rob Simmons is set to make his debut for the club, if required from the replacements.

“We are excited to get back onto the pitch after the enforced break prevented us from doing so in the last two fixtures” said Declan Kidney, Director of Rugby.

“The enthusiasm to be back is palpable within the group and the players are champing at the bit to run out on Sunday.

“There’s always an edge to this fixture and we know we’ll need to be at our best against a very good Harlequins side.”