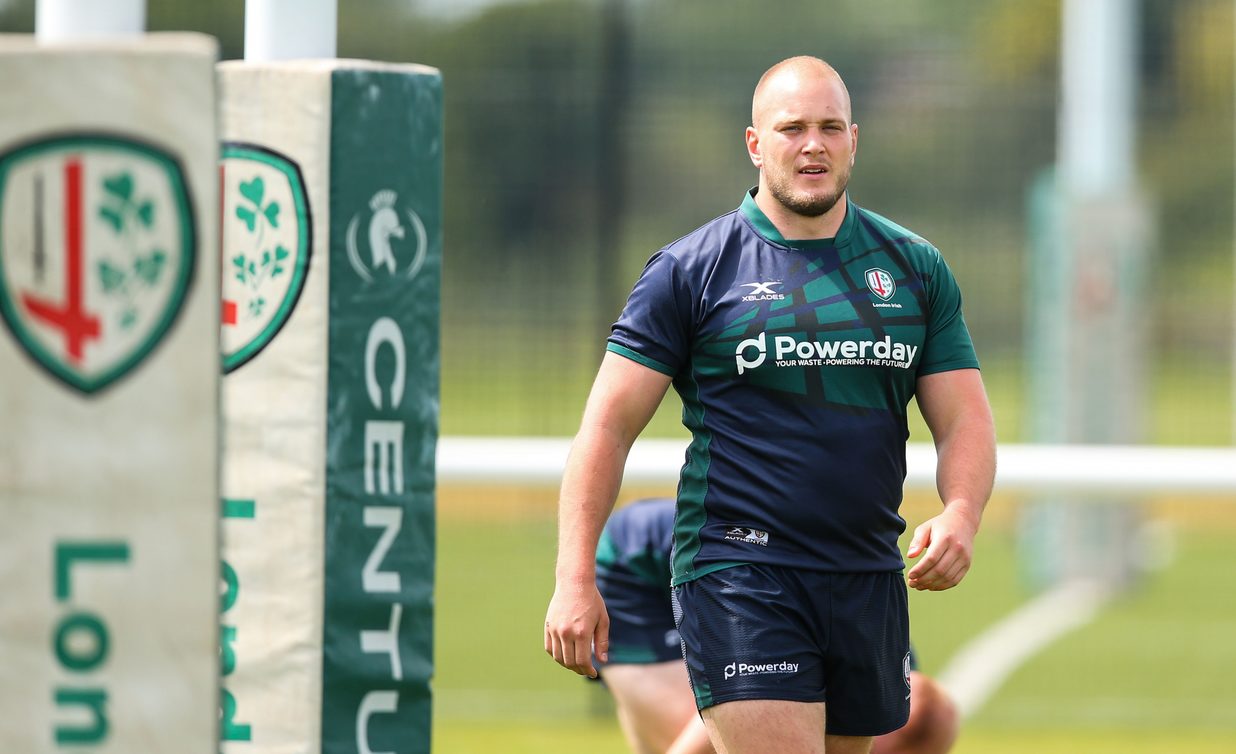 Ollie Hoskins has penned a new deal with London Irish, the club is delighted to announce.

The Australian prop has been in fine form of late and was a try scorer against Gloucester in the Anglo-Welsh Cup on Saturday.

Making the move to Irish from Western Force ahead of the 2016/17 season, the 24-year-old English qualified front row has made 32 appearances for the Exiles.

“I’m thrilled to have extended my contract with London Irish, a club that is steeped in history and tradition,” said Hoskins.

“I feel that my game has improved significantly since joining the club last year and I’m excited at the prospect of continuing my playing career here.”

Hoskins’ re-signing comes hot on the heels of Sebastian De Chaves’ decision to commit his future to London Irish as director of rugby Nick Kennedy continues to shape his squad for the future.

“Ollie has applied himself well during his time with us and his work ethic and attitude have been superb,” said Nick Kennedy.

“When called upon Ollie has always given us 100 per cent and his commitment to the club has been exemplary.”