Ollie Hassell-Collins to start for England against Italy 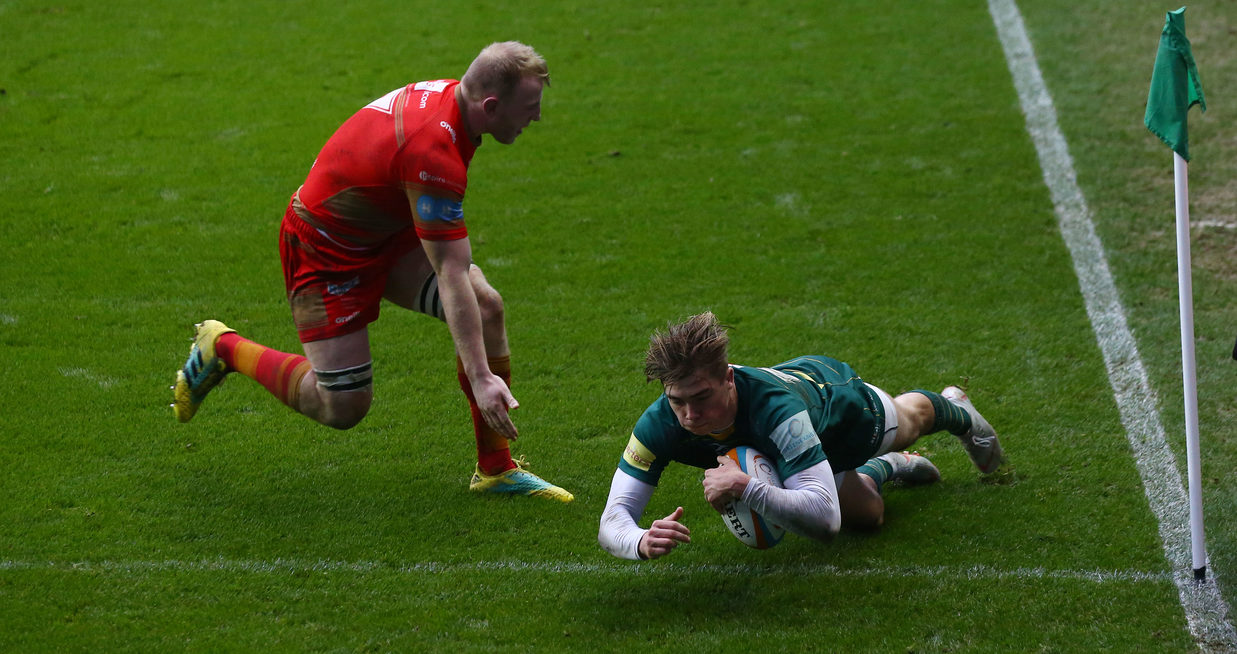 London Irish wing Ollie Hassell-Collins has been named the England U20s side to play Italy in the U20 Six Nations on Friday at Bedford’s Goldington Road (KO 7.45pm, live on Sky Sports).

Hassell-Collins featured in the team that narrowly lost to Wales on 22 February and retains his place on the left wing as the squad look to get back to winning ways against Italy this Friday evening.

The AASE graduate has impressed for the London Irish first team this season, scoring four tries in eight appearances for the Exiles.

Head coach Steve Bates has made three changes to the starting XV who faced Wales, with James Scott coming into the second row in place of Alex Coles, Rus Tuima at number eight and Tom Willis switching to blindside flanker.

Bates’ side are looking for a second win in the Championship, having defeated world champions France in Exeter, while England have lost their away fixtures to Ireland and Wales.

Following Friday’s game in Bedford, England will end their Championship against Scotland at Northampton’s Franklin’s Gardens on Friday 15 March.

Steve Bates said: “On reflection we had a disappointing result against Wales but we played a lot of rugby in the manner we had prepared to, we just didn’t execute it as clinically as we’d liked to.

“The message to the squad is to continue to believe in what we are doing, be a bit more accurate in the final third and make sure the pressure we are putting on our opponents is turned into some scoreboard advantage.

“We saw against France in Exeter how much of a part home support can have and the players are all looking forward to taking on Italy in Bedford and we are hopeful it can give us that extra edge over Italy.”