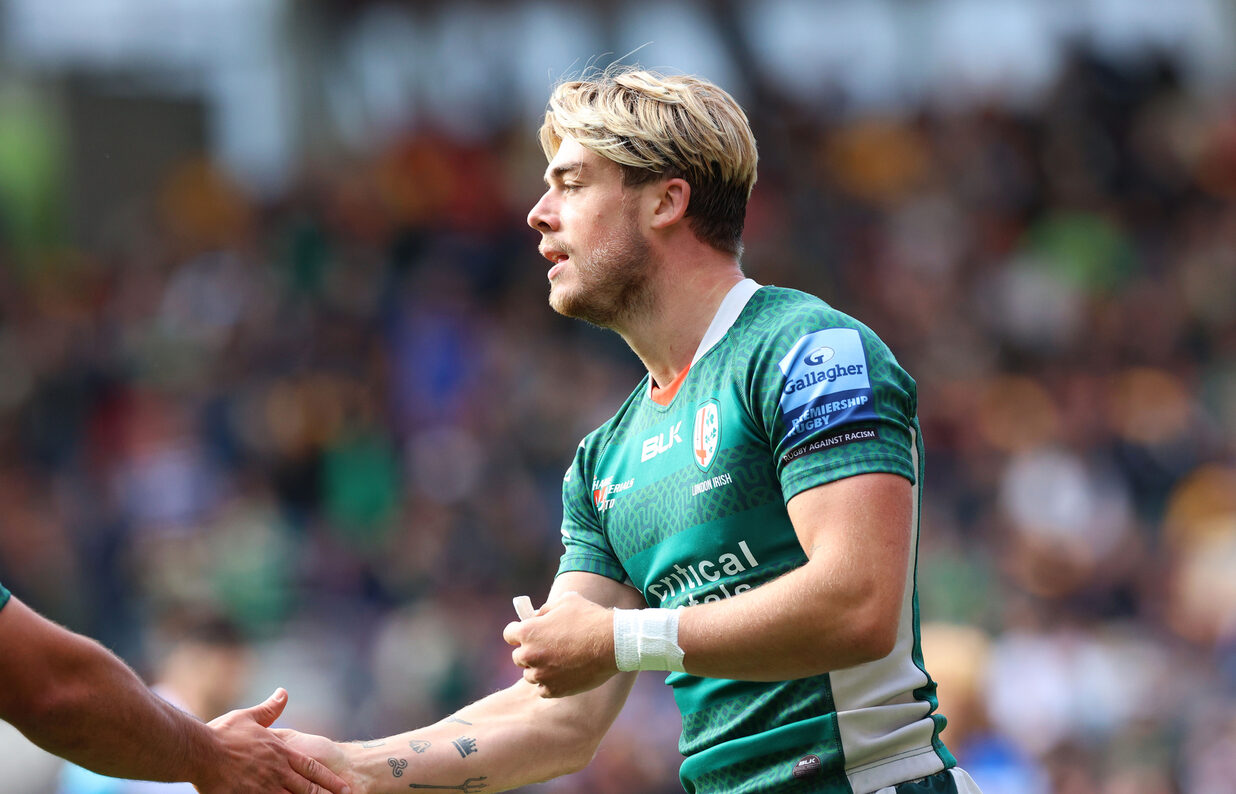 Ahead of Friday’s encounter with Gloucester Rugby, London Irish winger Ollie Hassell-Collins sat down to discuss an increased role of guidance in the squad for younger players, as well as the proposition of playing George Skivington’s side.

Now in his fifth year as a member of the Exiles’ senior squad, the 23-year-old also took stock from a Round 6 defeat away to Sale Sharks with an emphasis on “getting the basics right”.

Irish, who are unbeaten at the Gtech Community Stadium since April in all competitions, now face a Gloucester team with just one defeat etched on their record this season.

But first, a solid week of training and post-match analysis in the wake of last weekend’s loss to Sharks has prepared Hassell-Collins and co. to take on the challenge of Gloucester head-on this Friday in Brentford.

“Looking back on it, I felt that we were our own worst enemy,” Hassell-Collins confessed, one of Irish’s two try scorers against Sharks.

“We made silly mistakes that left us open to be capitalised upon, and against a team like Sale, you’re going to get into tough situations if you make compound mistakes.

“The key thing is to get those basics right, and once you get into the flow of things, we can build pressure and could have potentially been looking at a different scoreboard last week.

“That’s not to take anything away from Sale, they have been incredible this season but there was a lot of us putting ourselves in a hole last Friday.

“I think it will be like that again this year, teams have only gotten stronger and the rest of this season will be really exciting as every team will push each other.” 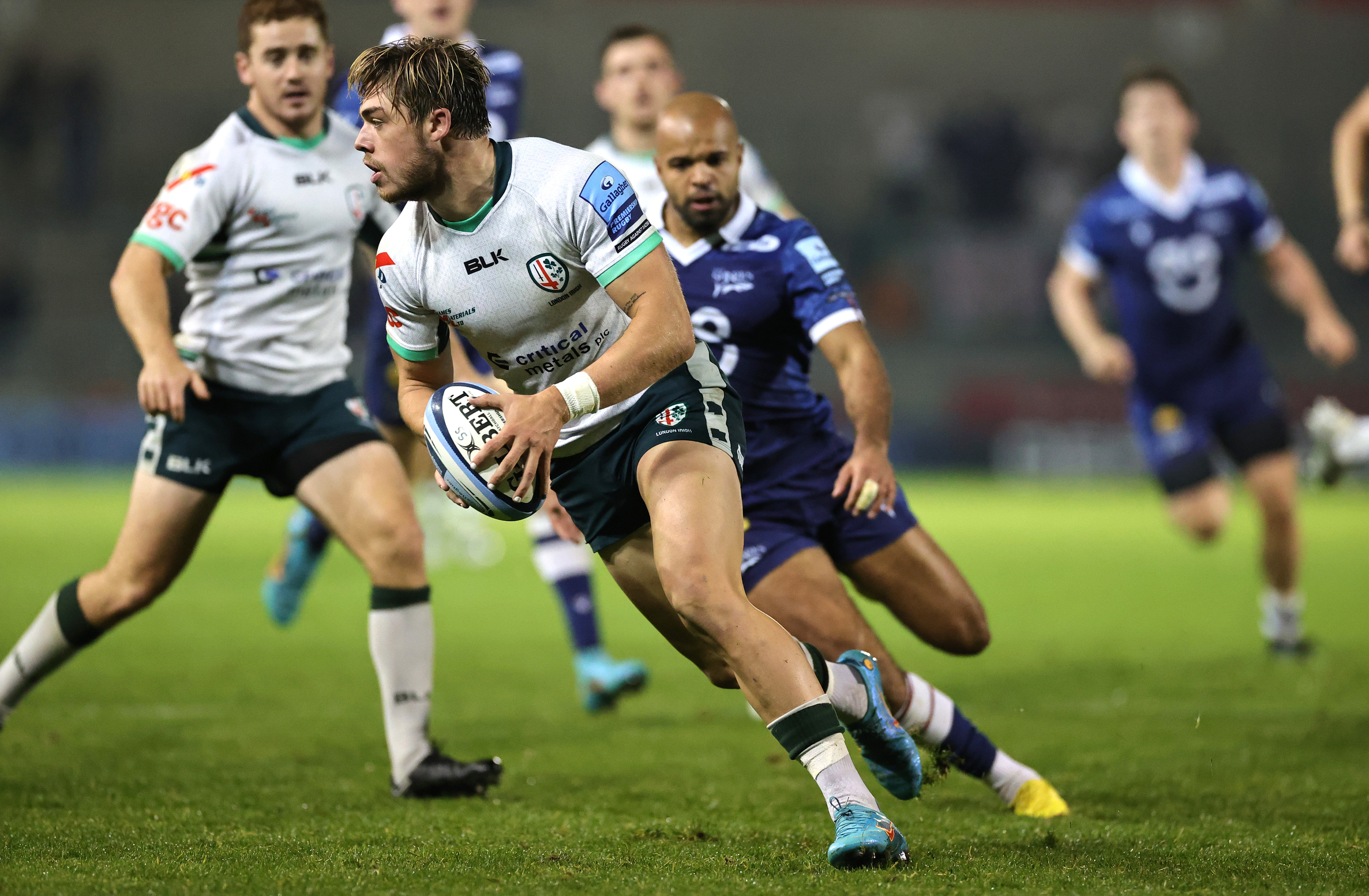 Despite the loss, the winger underlined the evident progress within his own personal approach on the field, which has dovetailed with an increase in responsibility at Brentford and in Hazelwood.

Hassell-Collins has made a significant impact for the Club in the 2022/23 Premiership with 16 defenders beaten (joint ninth-highest), eight line breaks (joint sixth-highest) and six tries scored (Club top scorer).

Combined with this is an assertive attitude within Irish’s young core group, who have learned off the more senior figures within Declan Kidney’s squad in communicating on the field.

“I think we have seen improvements from younger guys like myself coming into a leadership role, understanding where we sit and taking more control of meetings and reviews, and what we want to get out of the team really.

“Little things like that have been massive, we have been working with the coaches and the leadership group, who have been a huge help in knowing how to speak in front of the team and how to get important messages across.

“That has come onto the pitch as well, we’re playing with confidence in our game and once we do that, we become a very strong force.” 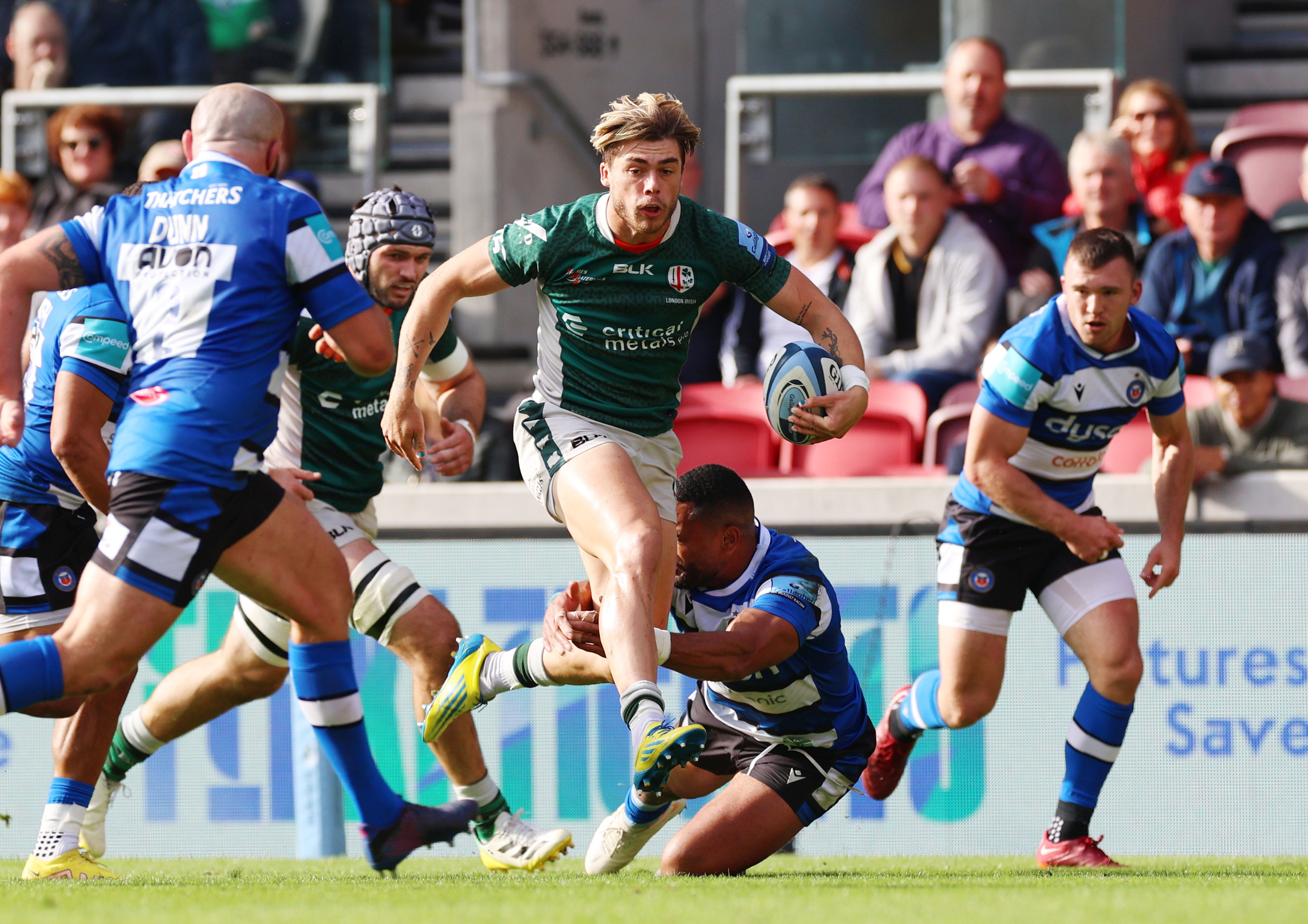 On the subject of youthful talent in Irish’s ranks, Hassell-Collins reiterated the sentiments expressed by teammate Jacob Atkins on the elevated performances of Irish’s Premiership Rugby Cup side pushing the standards of the wider team.

“Last season when you see the team that got us to the final, it was a young team with a lot of first appearances in that competition.

“It’s a massive credit to the Academy itself and the coaches, and also to the more experienced heads who have helped those younger guys get to a point where they have improved so much.

“Thankfully, those guys are getting the game time, where as a couple of seasons ago, that unfortunately wasn’t the case.

“It’s about us pushing each other in training to the point where we have a Premiership Rugby Cup team capable of playing in the league fixtures and win games there.

“It’s only going to help us as a team, when in training if you’re meeting that standard every day it will only help us going forward.”

Having achieved a first win at the StoneX Stadium since 2014, the Exiles will seek to build momentum from a third win from an available three wins in the Premiership Rugby Cup into a league setting.

Gloucester stand in the way of such energy being shifted under the Gtech lights, as the try-scoring outside back outlines the need to “right some wrongs” after last season.

He concluded: “It’s been a very good week, I’m very much looking forward to the prospect of a Friday night game and the boys understand what we need to do this week.

“We’ve had the type of training that will help us get back on track and focus against Gloucester.”

“I think it’s going to be a wicked game, it’s always a good match when we meet.

“We drew with them last year at our place, so in that respect we have some wrongs to right there.

“They have an electric back three, which me and the boys are really excited to go up against and the whole team is buzzing for it.”