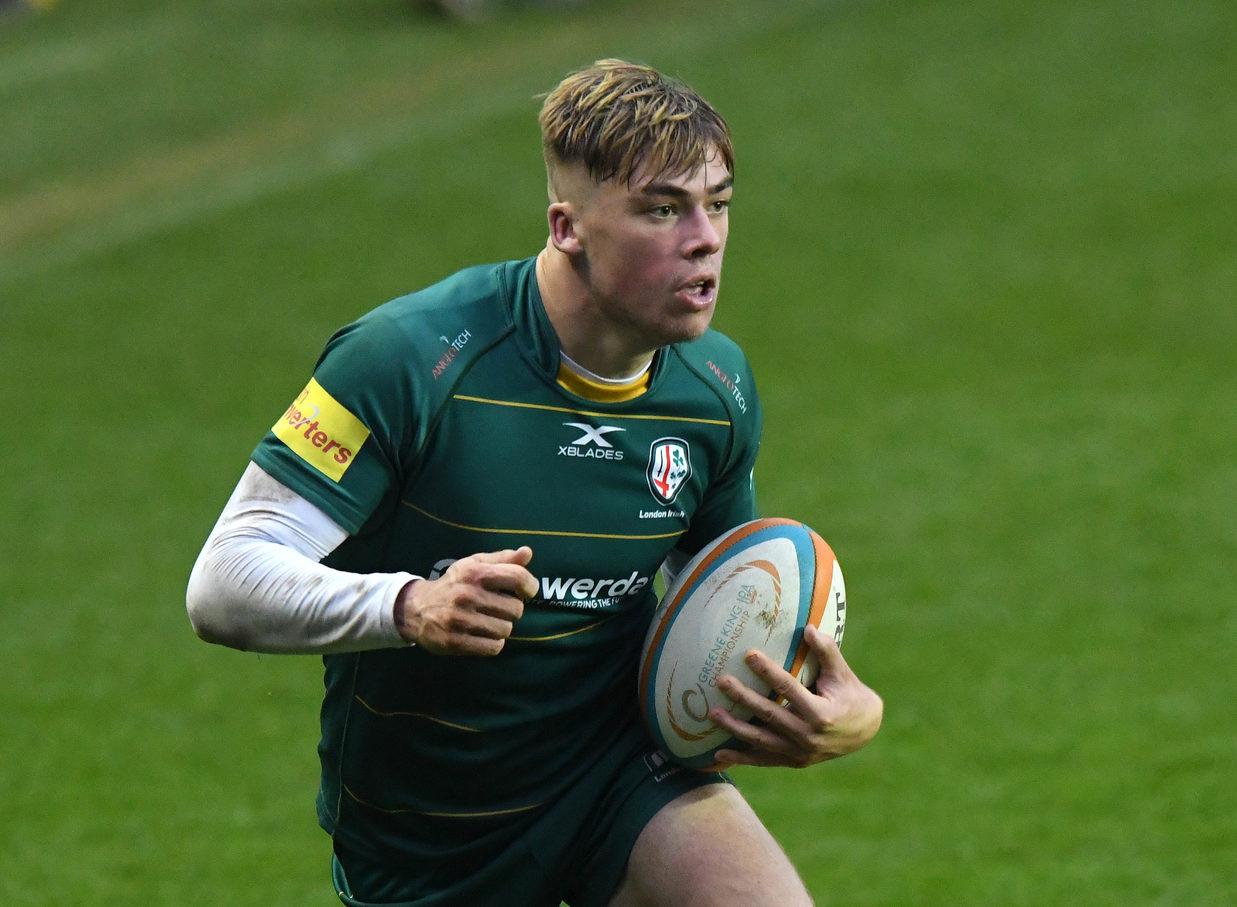 Hassell-Collins earned himself a Senior Academy contract after coming through the London Irish AASE programme and has impressed this season with his pace and power. No stranger to the international stage, he represented England Under-18s in the summer of 2017, as well as featuring in the 2017 Singha Premiership Rugby 7s.

The squad, which will compete in the 2019 Six Nations as well as the World Rugby U20 Championship in Argentina, will be led by Steve Bates and Jim Mallinder as well as fellow coaches Mark Hopley (Northampton Saints), James Scaysbrook and Richard Whiffin (Gloucester Rugby).

Hopley, Scaysbrook and Whiffin join for the season as part of the latest coach development programme agreement between England Rugby and Premiership Rugby.

Of the 32 players, 14 have been capped at U20 level previously with 10 playing in last year's final of the World Rugby U20 Championship in France.

The side then take on France on Saturday 9 February at Sandy Park (KO 12.05 GMT), home of Exeter Chiefs, live on Sky Sports.

The U20s next head to the ZipWorld Stadium, Colwyn Bay to face Wales on Friday 22 February (KO 19.05 GMT), live on S4C, before a second home fixture of the tournament with the side playing against Italy on Friday 8 March at Bedford Blues’ Goldington Road (19.45 GMT), live on Sky Sports.

Their final fixture of the Six Nations will be against Scotland on Friday 15 March at Northampton Saints’ Franklin’s Gardens (19.45 GMT), live on Sky Sports.

The 2019 World Rugby U20 Championship will be held in May/June.

The squad will meet at Bisham Abbey on Sunday 6 January for a week-long training camp, before coming together again on 27 January ahead of their 2019 U20s Six Nations Championship opener.

Steve Bates said: “Selecting the 32-player squad was a very difficult task which reflects the quality of the group. We have several players with Premiership experience and that speaks volumes of how good they are. The expectation for us now is to raise the standard and quality of performance from last season’s group and for the players to continue to develop in this environment.

“We used close to 40 players in last year’s Six Nations, there will always be injuries and those outside of the 32 will still be required so my message to them is to stay fit, stay interested and to continue playing well.

“One of the big things about U20s rugby is that we want the players to drive the game and environment we create. These are the best players at their age and we want them to perform like it on and off the pitch.

“The wider group will meet on Sunday and during the week we need to set some parameters around how we want to play, for the players to continue to get to know each other on and off the pitch so it becomes instinctive when they play, as well as to develop our set piece and defensive organisation.”