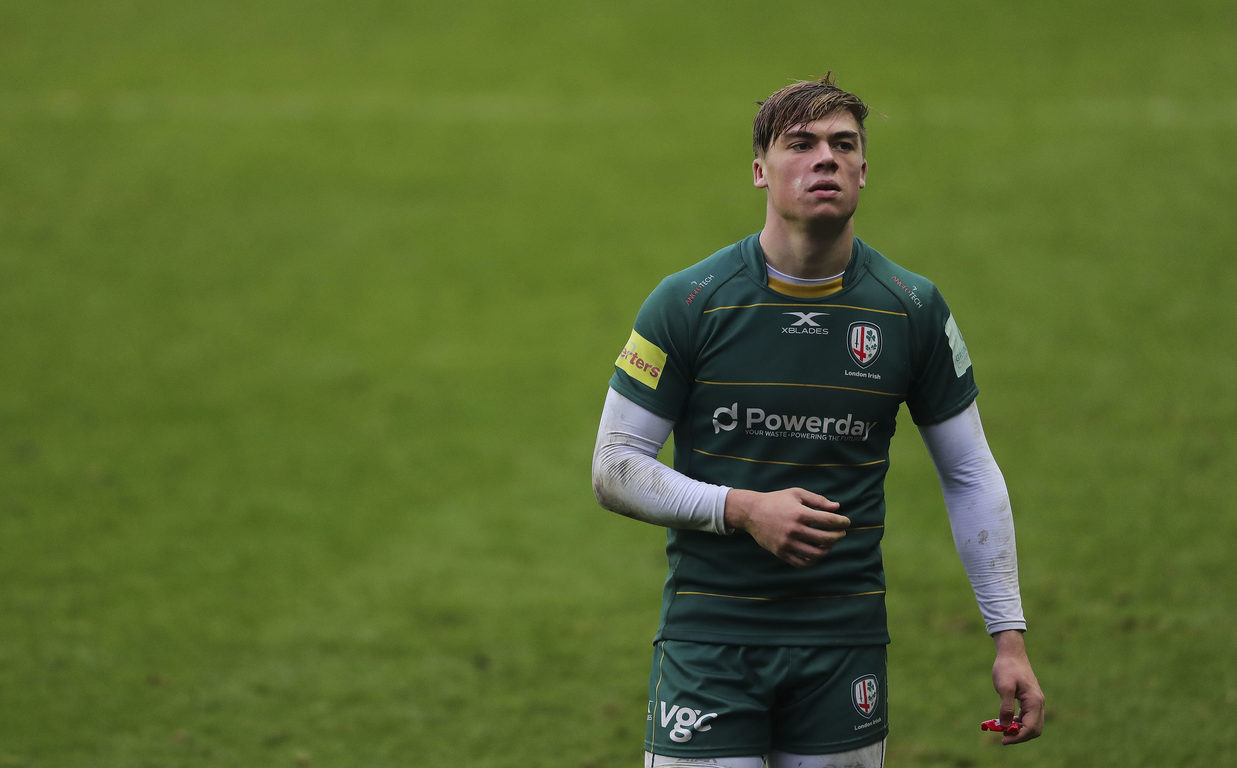 Ollie Hassell-Collins has been named in the England Sevens squad to play at the HSBC Paris Sevens tournament this weekend (live on Sky Sports).

Academy players Jamie Barden, Femi Sofolarin and Ben Harris, who impressed at Twickenham over the weekend, have been given another opportunity in Paris to continue their progress on the HSBC World Rugby Sevens Series. 19 year-old Barden will captain England for the first time.

Will Glover (Newcastle University) and Fergus Guiry (Loughborough University) return to the sevens programme for the final tournament on the circuit.

England are drawn in Pool A and will play series leaders and winners of the weekend’s HSBC London Sevens tournament, Fiji, as well as Ireland and Argentina.

Simon Amor said: “Unfortunately we picked up a few more bumps in London so with the Olympic qualifiers around the corner our focus has really turned to getting everyone right for that.

“This gives us the chance to play some really young and talented guys and what an opportunity to make their debuts against Fiji in the first pool game. They will be properly thrown in the deep end and I am excited to see how they embrace the opportunity. We are obviously grateful to the clubs and schools for allowing them to join us this week.”

England currently sit fifth in the HSBC World Rugby Sevens Series standings. The next opportunity to qualify for the 2020 Olympic Games will be through the European regional qualifier event in Colomiers, France (13-14 July).

It was announced on Sunday that Rodwell will join the coaching team of the England Sevens programme once he retires at the end of the season.

He will finish his career on Sunday as the all-time record holder for HSBC World Rugby Sevens Series appearances (93) and consecutive tournaments (69).