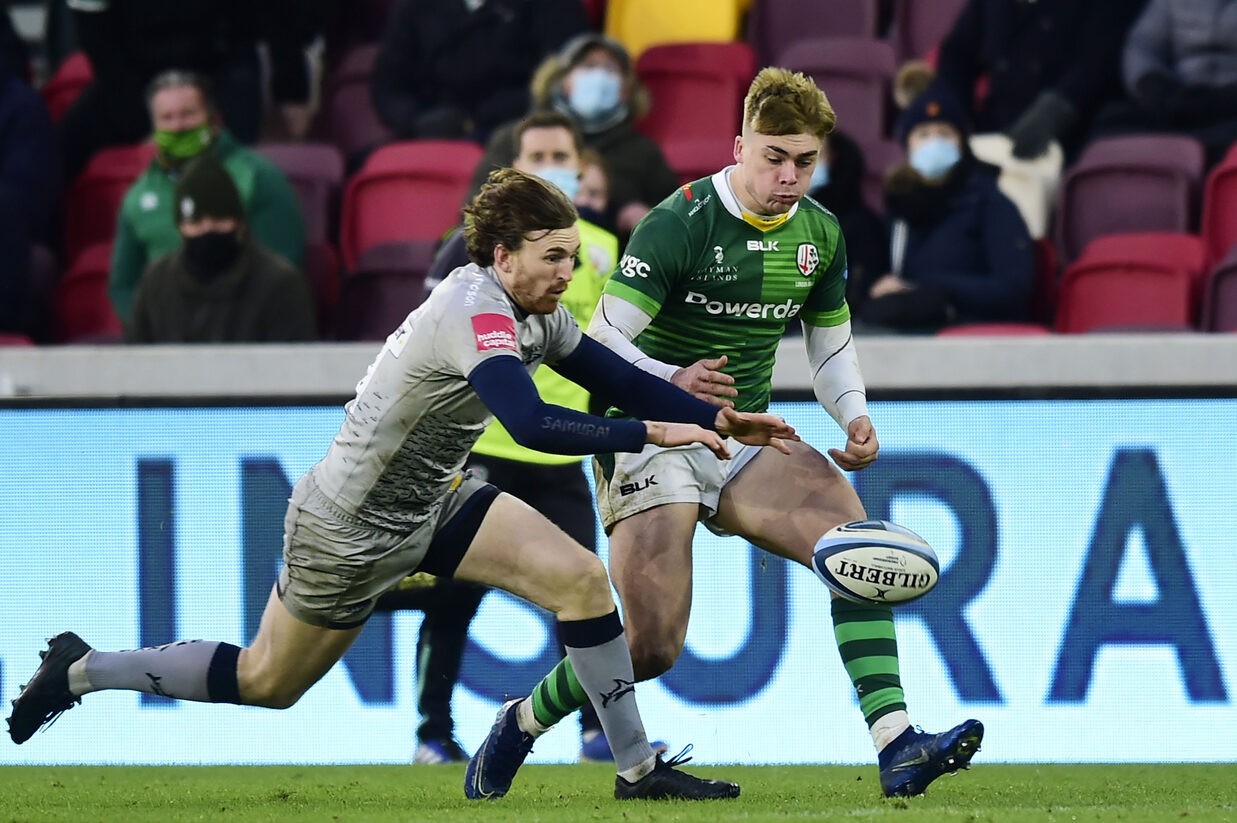 Ollie Hassell-Collins is in determined mood as London Irish prepare to return to Gallagher Premiership action this weekend.

After an enforced two-week break owing to COVID-19 protocols, the winger and his team-mates have been busily preparing from the short trip to The Stoop - the home of Harlequins - this weekend.

After seeing fixtures against Bath and Northampton called off, Hassell-Collins can't wait to return to action on Sunday.

"It's been a really frustrating period for us," he said.

"We've lost out on the chance to compete for a lot of points, which is really disappointing, as we feel we were playing some good rugby prior to the enforced break.

"The boys can't wait to get back out on the pitch now."

He added: "We've had some really good sessions since the training ground re-opened.

"The boys kept things ticking over during the time we were at home, but there's nothing like being back on the grass, training together as a group."

Irish sit in tenth spot after five rounds, having been awarded two points per game for the aforementioned Sale and Northampton cancellations.

With Quins up next, Hassell-Collins is keen for Irish to keep building as the season progresses.

"We feel we've got a lot more to show this season," he said.

"There's been promising signs in our performances - but we know there's more to come from us as a group.

"Quins will have two weeks on us - they're going to try and run around the park.

"We'll need to do our best to front up and cope with what they've got to offer.

"As always, I'd back our boys to go out there and try and play how we want to play."