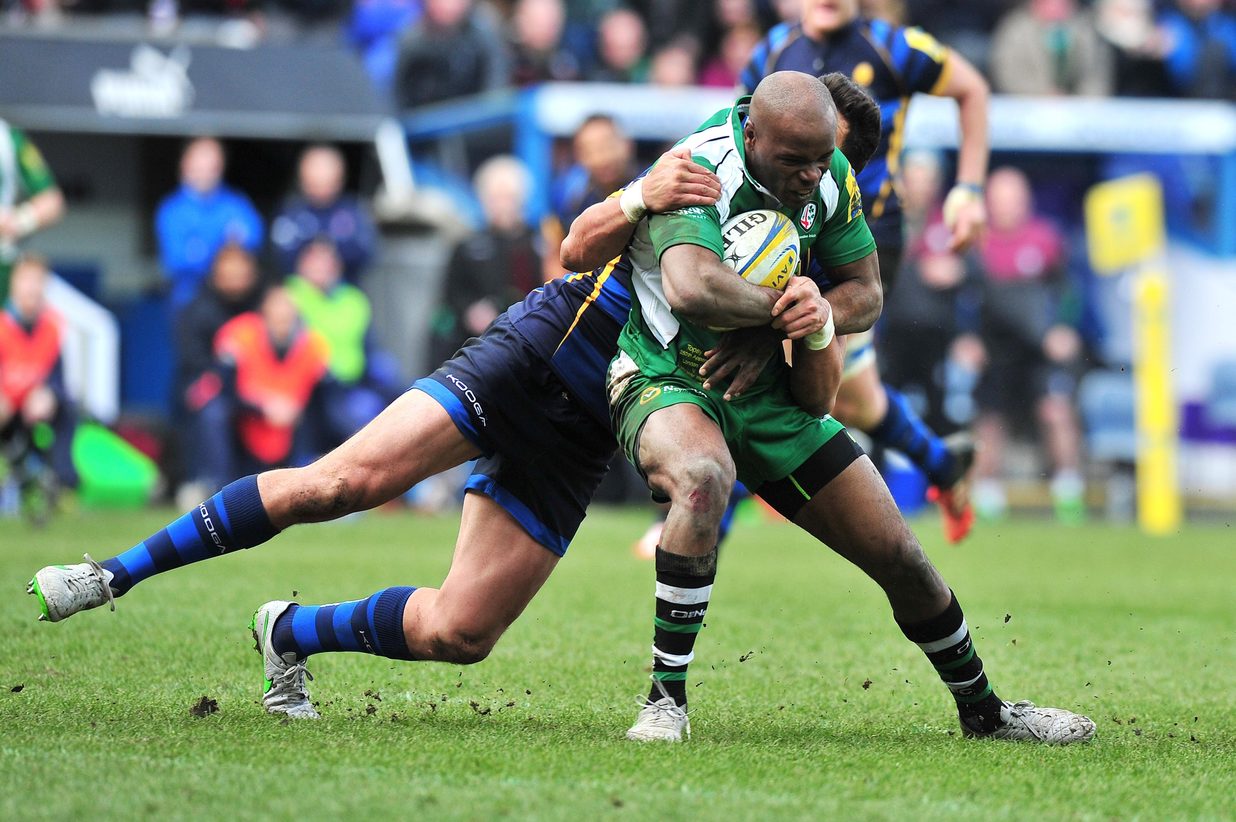 Topsy Ojo believes London Irish’s landmark fixture in New Jersey can provide the impetus to help them end their Aviva Premiership Rugby season on a high.

The Exiles’ home game against reigning champions Saracens, at the 25,000-seater New Jersey home of MLS side New York Red Bulls on March 12, will be the first time an Aviva Premiership Rugby game is held overseas.

The ground-breaking tie will take place in the build up to St Patrick's Day festivities in an area renowned for its Irish community and Ojo is excited by the potential for increasing not just the Exiles’ fan-base, but also developing rugby as a global sport.

Irish currently sit five points adrift at the foot of the table and face Bath Rugby and Gloucester Rugby either side of their American odyssey, but the winger, who has over 250 appearances for the Exiles, insists the chance to demonstrate rugby to an untapped audience will spur them on.

“It is a huge opportunity to be part of a landmark game. The first time the Premiership has ever gone abroad,” the former England wing said.

“It is a great chance to show to the world and not just demonstrate the quality of the Premiership, but the ability that London Irish have.

“If Americans were to get behind the game of rugby it would be massive, if you consider the potential players they have and the resources.

“I know they are close to getting their first professional league and think about the amount of people that don’t make the NFL, they are basically ready-made to play rugby.”

Ojo, who made his England Saxons debut against the USA, scored a try and set up another before the Exiles fell to a narrow loss against Exeter Chiefs last weekend.

But the 30-year-old says there is plenty of encouragement to take from the performance – and that his side will show no fear against league leaders Saracens next month.

“We need to just maintain focus during the week, it is a great opportunity, but the week itself will be a bit different in terms of our preparation around the flights,” he added.

“We will look at ourselves, we will use their game tapes for analysis, but it is not about what Wasps did to them. I know Saracens beat Gloucester last week but there will be bits and pieces in there that we will use.

“We played them earlier in the season, played well and I would say we were unfortunate not to come away with the win, so we’re just going to prepare as well as possible.”

Following the match against Saracens, London Irish take on Gloucester on Sunday 20 March with tickets available by calling 0118 968 1016 or click here to purchase online.

The fixture against Saracens on the 12 March will be shown on big screens at the Grosvenor Casino Reading South.