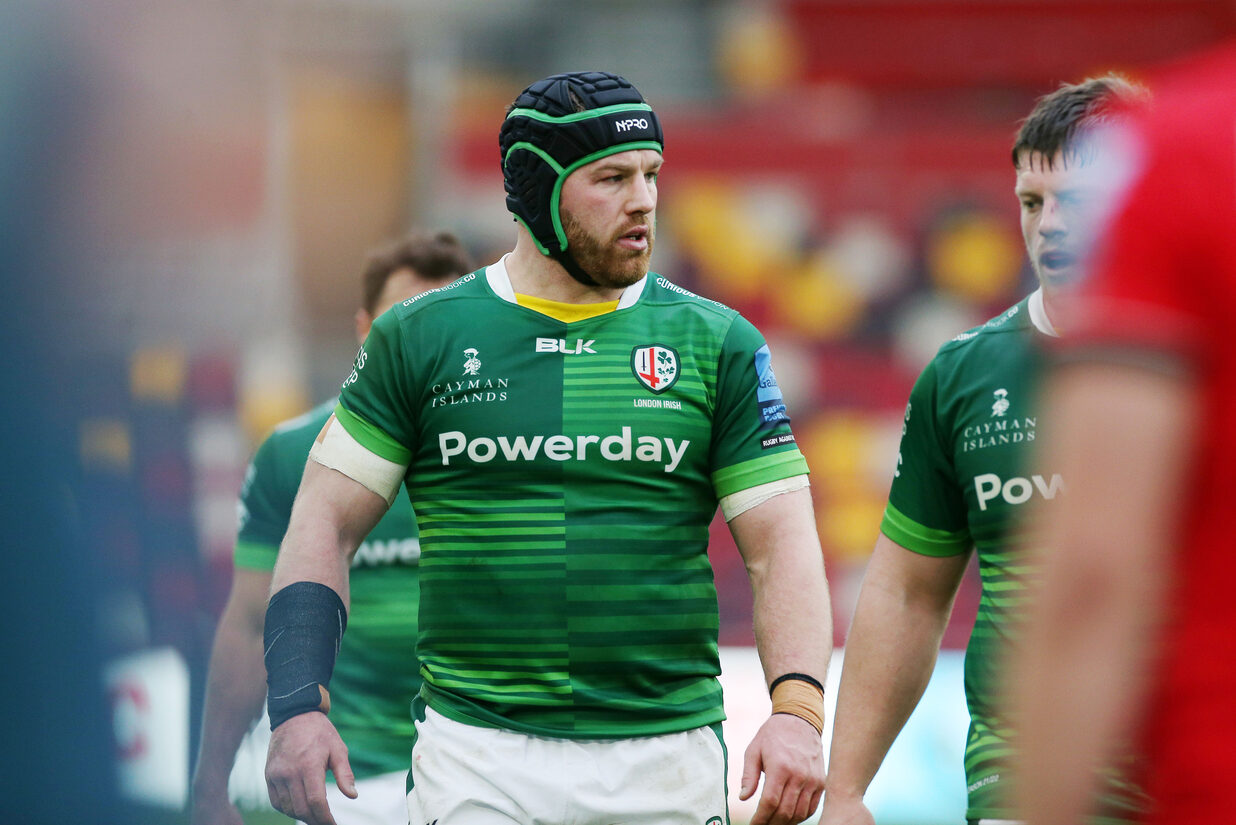 Ahead of his final outing on a rugby field, London Irish’s veteran back-row talent Seán O’Brien has outlined a renewed sense of optimism ahead of the trip to Bath Rugby this weekend.

O’Brien announced his retirement from the game in April and will play his part in pursuit of Heineken Champions Cup qualification at the Recreation Ground on Saturday.

After a storied 14-year career, O’Brien details his emotional outlook going into his last dance in an Exiles jersey.

“I think it’s excitement, when you know your time is coming to an end you want to enjoy and soak up the atmosphere in the last few weeks you have with the boys,” O’Brien spelled out.

“I just want to relish the last few days and enjoy the weekend.”

Possessing an extensive highlight reel for Club and country over the past decade that would rival most modern rugby greats evokes pride for O’Brien, and is something he has “enjoyed every bit of.”

“I think the Heineken Cup wins with Leinster were a few highlights, a few big games in the Rugby World Cup with Ireland and then the two British and Irish Lions tours.

“Then coming over here to experience a different competition and find out what it’s all about this side of the water.

“I’ve had loads of highs, and a few lows, but it’s been brilliant and I’ve enjoyed every bit of it.”

The peaks and troughs of the game are indeed something that the Exiles camp have dealt with in the past few days, following on from a Premiership Rugby Cup final loss to Worcester Warriors.

O’Brien explains how the team have prepared for another crunch clash with differing significance following a disappointing result in midweek.

“It was a difficult week, I think the boys know they didn’t perform to their best in that game and in finals rugby, regardless of the opposition, Worcester haven’t had the best of seasons but have caused us a lot of problems in the past and other teams in the Premiership this season.

“In fairness to them, they played a good game and stuck to their guns, we made a lot of unforced errors and again, that’s the way it goes, if you make a lot of mistakes in finals rugby it doesn’t go your way.

“They can use that as motivation going forward, or park it, learn from it and try and improve on areas that weren’t so good.

“It was a bit down yesterday, but we wiped the slate clean and are looking forward to what is a massive game for us this weekend in Bath.”

The requirement for a thorough 80 minutes in the West Country is not lost on the 35-year-old and the team, with an eager Bath side standing between the Exiles and a first Heineken Champions Cup appearance in a decade next season.

“It has to be spot on this week, we have to leave ourselves in the best place possible in the league but obviously Bath will want to put in a big shift for their home supporters and leave their season on a high, too.”

O’Brien’s knowhow has aided in the surfacing and further nurturing of more junior talent this term and maintains that London Irish remains in a positive state as his departure draws closer.

“I think there is a lot of talent here and it’s obvious who those boys are.

“The way I see it is that they should be the future of the Club and the team should be built around them going forward.

“We’re in a good place with the younger talent, but now it’s about making sure that everything is right in the environment to try and ensure they can thrive, develop and go to the next level.

“We’ve had a good three years in trying to get a lot of stuff right and like every set-up there is a lot of work to do, and I’m sure the background team are working through that, both on field and off field, and trying to improve as we speak.

“It’s a work in progress, there’s no doubt about it, and it was always going to be a challenge in the last few years here to get to a place where we are producing these young lads in big games and challenging for a European spot.”

Irish’s retiring loose forward explicated on his lasting legacy as a player.

O’Brien concluded: “I just think I would like to be remembered as someone who has given his all to the game in terms of whatever I could, I think that’s important to me.

“I think I have left everything out there and I hope people think the same.”